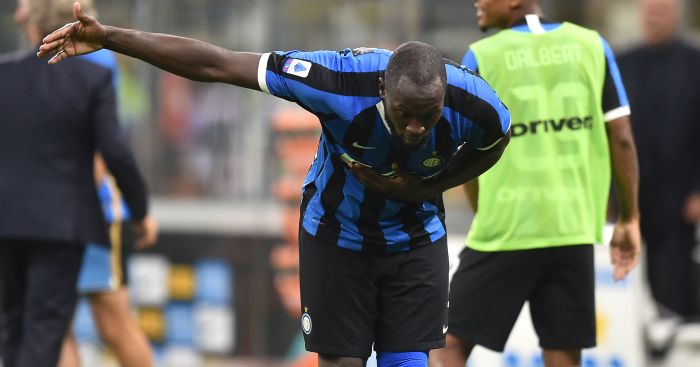 Romelu Lukaku’s first goal for Internazionale was always going to arrive at some point and after joining from Manchseter United – quite frankly – it was no shock when it arrived on his very first competitive debut. Why? Because the Belgian is the master at scoring on his debut.

In fact, when Lukaku scored in the 4-0 win over Lecce, it confirmed a quite unique milestone in the striker’s career. He had scored on his debut for each of his last four clubs.

The remaining three teams in that list were in the Premier League, Lukaku’s famous and fruitful hunting ground for an eight-year spell. It’s been quite the journey for the attacker, but one thing he will be remembered for is making a quick impact.

We start at the Hawthorns in the summer of 2012, when Lukaku – tired of being on the fringes of Chelsea squad – opted to move to the Midlands on a season-long loan deal.

“He’s certainly hungry, I know that,” Steve Clarke, the recently-appointed Baggies manager, told BBC Sport ahead of his side’s Premier League opener against Liverpool. But even at West Brom, Lukaku’s faced plenty of competition, with Peter Odemwingie, Shane Long, Marc-Antoine Fortune and Markus Rosenberg all on the books.

But, after Zoltan Gera was on hand to supply a sublime 25-yard finish and Odemwingie converted a penalty, the Baggies were cruising at 2-0. On came Lukaku in the 68th minute for Long, and within nine minutes, he had added his side’s third. Talk about being hungry for goals.

This was before Lukaku had established himself as a Premier League striker, but the raw talent was clear for all to see.

Following his season with West Brom, Lukaku moved back to Chelsea but again found himself short of action. So he packed his bags and moved to Merseyside for the 2013-14 campaign.

Lukaku was a huge hit under Roberto Martinez that season, so much so that the Toffees decided to take him on a permanent deal from Stamford Bridge for a then-club record £28million fee.

But the striker’s influence on the Everton side was evident from his very first game in September 2013. Only this time, it wasn’t a third goal to rub salt into opposition wounds. It was a late winner to away to West Ham to send the Toffees fans into ecstasy.

Two beautiful free-kicks from Leighton Baines weren’t enough for Everton to secure all three points. It was 2-2 after the Englishman’s second effort before Lukaku powered in a header to make it 3-2. 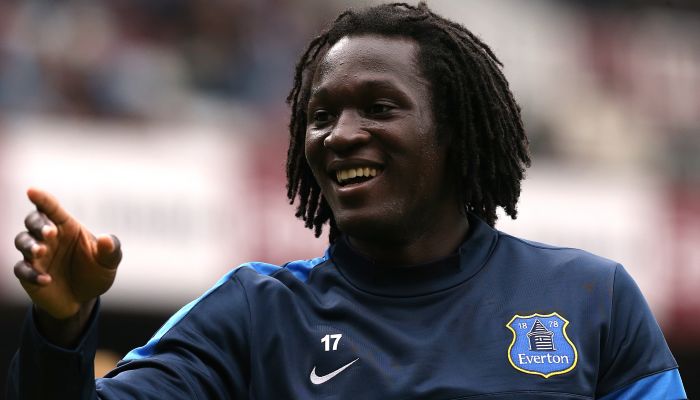 By the end of his tenure at Everton in the summer of 2017, Lukaku was ready to step up a level. He had established himself as one of the deadliest attackers in the Premier League and Manchester United came calling.

Lukaku went the extra mile at Manchester United, scoring on his club debut in the UEFA Super Cup defeat to Real Madrid before netting twice on his Premier League debut.

You’ve got to feel a bit sorry for West Ham here, though. They just couldn’t get a break from Lukaku bullying them.

Two goals in a 4-0 win over Slaven Bilic’s men got United off to the perfect start in the Premier League and Lukaku was absolutely loving it.

“Yeah of course [it was a dream debut],” the Belgian told Sky Sports. “To play in front of such a crowd and for such a great club is a dream come true.”

Things obviously turned a bit sour for Lukaku at United towards the end of his stay with the club, which meant it was time for the striker to find another place at which to enjoy his favourite past time of scoring on debut.

That club was Antonio Conte’s new-look Inter Milan side and Lukaku yet again wasted no time in making a telling impact.

How does this man do it? If there was a way to bottle up such a talent, we’d have no hesitation in doing it.

debut goal for Lukaku. look how hyped they are for him. 👌🏾👌🏾 pic.twitter.com/gibIi0EMET