The Premier League table since Luis Diaz made his Liverpool debut 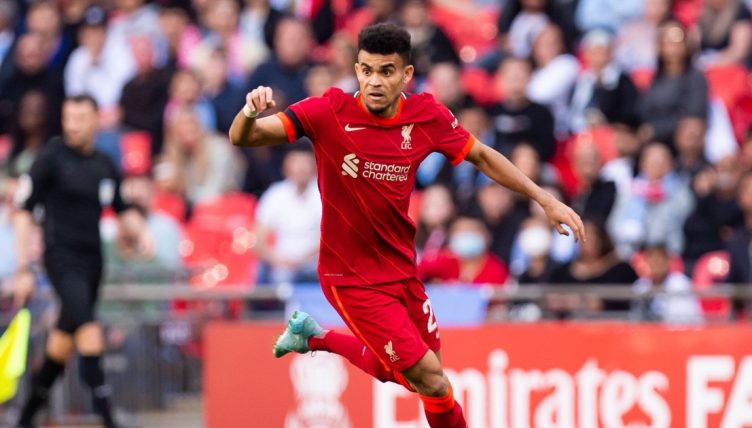 Luis Diaz has made a sensational impact at Liverpool since his move in the January transfer window – and that’s reflected in the Premier League table since his league debut for the club.

With Tottenham sniffing around their long-term transfer target, Liverpool moved quickly to secure the services of the Porto winger for the fee of £37.5million.

“He is an outstanding player and someone we’ve been tracking for a very long time,” Jurgen Klopp said at his unveiling.

And Diaz has more than lived up to his billing. The Colombia international has scored four league goals, while providing three assists, as Liverpool have pushed for trophies in four competitions.

Pundits have been falling over themselves to praise the 25-year-old. Following his match-saving equaliser against Spurs, Rio Ferdinand told viewers: “Diaz was the difference-maker. His ability to go one v one… He came on and was mesmeric.

“His dribbling, how he unnerves defenders, his trickery… He’s a fabulous player and one of – if not the – signing of the season for me. His team-mates love him and the energy he’s giving off.”

While Michael Owen said: “I’ve never seen a guy come in and hit the ground running like him.

“To pick up the way Liverpool play straight away like he has is incredible. And now there is no question about it, he’s a starter.”

Despite making up 12 points on Manchester City since Diaz’s debut, Liverpool look likely to fall just short of winning the title. But, considering they’ve won the League Cup and will play in two other finals, it’s clear that his impact has been immense.

We’ve crunched the numbers and compiled the table since Diaz’s Premier League debut against Leicester on February 10. Note: all teams have played 14 league games unless stated otherwise.