Where are they now? The 8 Barca kids given debuts by Luis Enrique 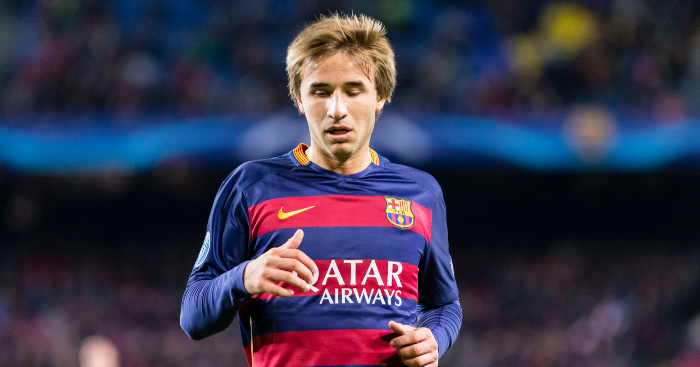 Despite enjoying great success as Barcelona manager, Luis Enrique’s use of academy graduates was often scrutinised during his time as manager.

Barcelona pride themselves on the success of their La Masia production line, although the crop of players used by Luis Enrique wasn’t exactly a vintage generation.

We’ve revisited the eight academy graduates handed debuts by the manager to see how they subsequently fared. Note: we have excluded Barcelona B graduates that were initially signed from other clubs.

A goalkeeper who played under Luis Enrique for Barcelona B, Masip was called up to the senior side in the manager’s first season in charge.

Big things were expected of Samper when he broke through at Barcelona, making his debut as a teenager in the early months of Luis Enrique’s reign and drawing comparisons to Xavi and Sergio Busquets.

Luis Enrique was often criticised for turning to Gerard Gumbau rather than Samper when handing first-team opportunities to young players, while the midfielder was also allowed to leave on loan to make room for the disastrous signing of Andre Gomes.

The midfielder has since made over 60 appearances for the Japanese outfit, winning an Emporer’s Cup and Japanese Cup in the process.

Best known in England – or perhaps not – as an Everton flop, Ramirez scored seven goals in 32 appearances for Barca after being promoted to the senior squad by Luis Enrique.

The forward followed that with 16 goals in 31 appearances at Malaga to earn his Premier League move only to spend the majority of his time at Goodison Park back on loan in Spain with Sevilla, Real Sociedad and Real Valladolid.

His goalscoring touch appears to have deserted him since that move to Everton, having notched just 11 goals in all competitions since the start of the 2017. He’s currently on loan at Las Palmas.

A nomadic youth career saw Munir turned down by both Atletico Madrid and Real Madrid before he eventually settled at Barcelona.

Only a few months after the forward made his Barcelona B debut, Luis Enrique handed Munir his full senior debut in his first La Liga match in charge of the club.

Eight days short of his 19th birthday, Munir made the perfect start to his Barca career by becoming the club’s third-youngest goalscorer, behind only Bojan Krkic and Lionel Messi, in a 3-0 win over Elche.

In total, Munir made 56 appearances and scored 12 goals in all competitions for Barca, but his departure on loan to Valencia as part of the deal to sign Paco Alcacer was viewed as symptomatic of Luis Enrique’s reluctance to fully trust young players.

After another season out on loan at Deportivo, Munir rejected the offer of a new contract at the Camp Nou and joined Sevilla on a permanent deal in January 2019. He spent a total of four seasons with Sevilla before joining Getafe earlier this year.

What do you rate more: That pass from Suarez or touch from Munir? Barcelona perfection 👌⚽️ pic.twitter.com/NGhrZGVwLk

Cameroonian Kamptoum joined Barcelona’s academy from the Samuel Eto’o foundation at the age of 12, working his way up to B team, where he spent four years.

In the 2015-16 campaign, the midfielder made three first-team appearances in cup competitions, scoring two minutes after being introduced from the bench to grab the equaliser in the second leg of the Copa del Rey semi-finals against Gary Neville’s Valencia.

Barcelona may have been 7-0 up after the first leg, but Kaptoum’s goal saw their unbeaten run stretch to 29 games, meaning they broke the previous record set under Pep Guardiola.

A knee injury stalled Kaptoum’s progress and he was allowed to join Real Betis on a free transfer in 2018. He spent two years at the club before joining MLS outfit New England Revolution in December 2020. 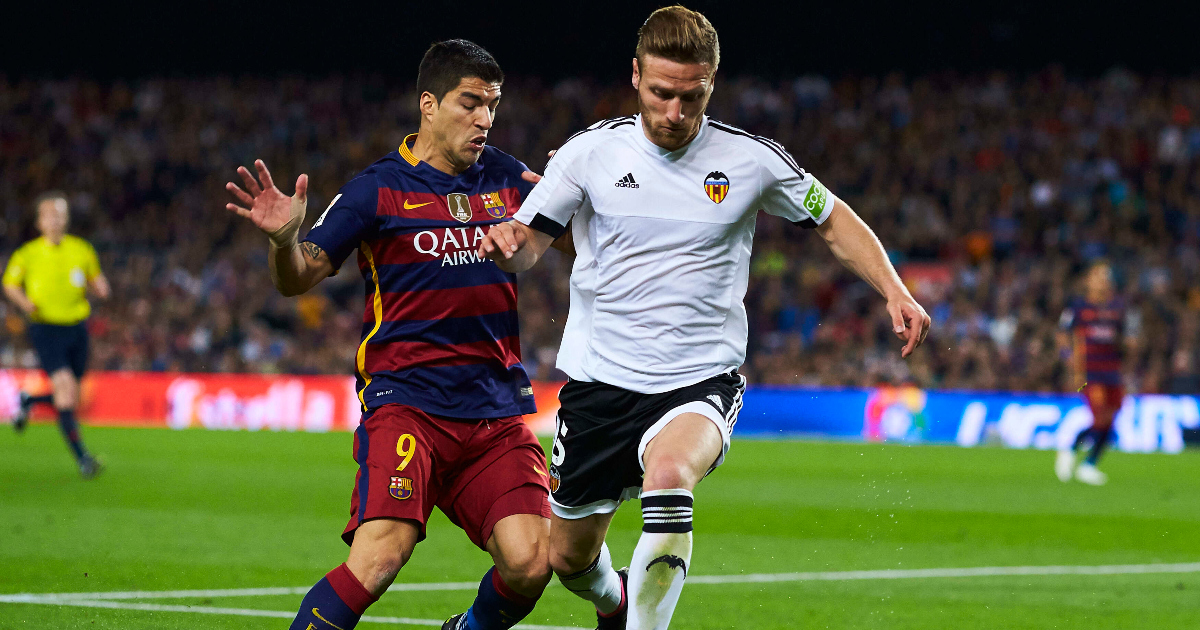 READ: Where are they now? Gary Neville’s Valencia humiliated 7-0 by Barca

After initially joining La Masia at the age of six, Cantalapiedra was released four years later before rejoining the academy in 2014 after spells with Espanyol and a number of lower league clubs in Catalonia.

Just a few months into his first season with Barcelona B, Cantalapiedra made his first-team debut in the Copa del Rey, but his appearances in both legs of the victory over Villanovense proved to be his only outings under Luis Enrique.

The winger was released midway through the 2016-17 campaign and had spells with Villarreal and Sevilla’s B teams before moving to the Netherlands and establishing himself with FC Twente. He’s now at Greek Super League club Panathinaikos.

The midfielder scored on his Barcelona debut in a cup tie with Hercules in 2016 but established himself with 27 appearances in 2018-19.

He was among the most hyped La Masia youngsters of his generation, but he never quite broke through, always on the periphery at his boyhood club or out on loan, before he left last summer to forge his own path at Getafe.

Another player who joined La Masia at the age of six but spent time at other clubs before returning to Barcelona’s academy, Carbonell made a solitary Copa del Rey appearance before dropping down into Spain’s lower divisions.

After a nomadic few years, Carbonell joined Celta Vigo last year – but he currently turns out for their B team. It looks increasingly unlikely that the 24-year-old midfielder will ever quite make it at the top level.