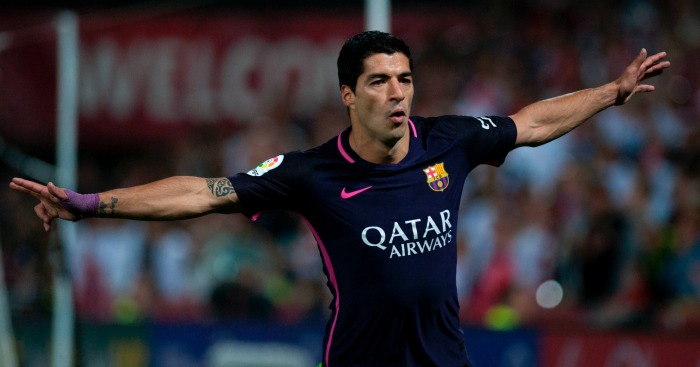 Lionel Messi continues to steal all the headlines at Barcelona, but Luis Suarez has also cemented his name in the record books at Camp Nou recently.

While Messi scored two and created one in the 5-0 win over Real Betis at the weekend – meaning he has scored and assisted in four games in a row in La Liga – Suarez also grabbed a brace to move past 100 La Liga goals.

He is only the second Uruguayan to achieve that feat after Diego Forlan, and to put the icing on his birthday cake, the 31-year-old has been named La Liga’s player of the month.

But it’s only one of many remarkable Suarez stats.

Messi (27) en Suarez (18) have combined for 45 goals this season across all competitions. pic.twitter.com/fGwdLavv7S

– Suarez has now scored 137 goals in only 174 games in all competitions for Barcelona, a rate of 0.79 goals per game.

– Suarez is the fastest Barcelona player to ever make it to 100 La Liga goals, doing so in 40 fewer games than Messi.

– Since the start of the 2015-16 season, Suarez has scored and assisted more goals than any other player in Europe’s top four leagues, with 117.

11 things you might have missed in Europe last week: Neymar, Barca, Juve…