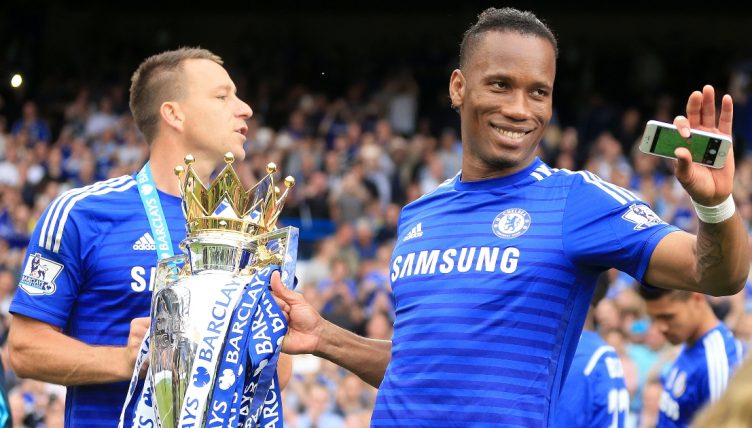 They say never go back in football but it is something that loads of Chelsea players have done over the years – albeit to varying degrees of success.

Even Jose Mourinho has done it, winning three Premier League titles across his two spells in charge at Stamford Bridge. Romelu Lukaku is the latest name to be linked with a return to west London as Thomas Tuchel looks to bolster his attacking options.

From the 1960s to the 2010s, we take a look back at the 11 players who have spent two spells of their career with the Blues and how they got on upon their return.

In his debut season, Spackman was part of the side that breezed to the second division title in 1984 and helped establish the Blues back in the top-flight.

But he was sold to Liverpool in 1987 after becoming one of many players to fall out with manager John Hollins. 1992 saw him return to Chelsea for four more years, although no major honours came with it.

In between, he sandwiched stints with Derby County, Crystal Palace and two spells with Queens Park Rangers. The man clearly loved west London.

Hudson was a Fulham fan growing up but had to settle for Chelsea as a schoolboy after being rejected by the Craven Cottage club.

He made his first-team debut in 1969 and went on to become an integral part of FA Cup wins, Cup Winners’ Cup triumphs and, most importantly, the club’s hit single, Blue Is The Colour, that peaked at number five in the charts.

Stoke City snapped him up in 1974 and a spell across London with Arsenal followed before Hudson returned to Stamford Bridge in 1983, although he did not make another first-team appearance.

He left for Crystal Palace but returned just in time to be relegated to the second division. However, he proved pivotal in helping Chelsea to an immediate return to the top flight.

Osgood’s two spells with the Blues brought nearly 300 appearances, over 100 goals and culminated in a statue of the striker outside Stamford Bridge being revealed in 2010, following his death four years earlier.

He also remains the last player to score in each round of the FA Cup in a single season, including a diving header in a brutal replay of the 1970 final with Leeds. 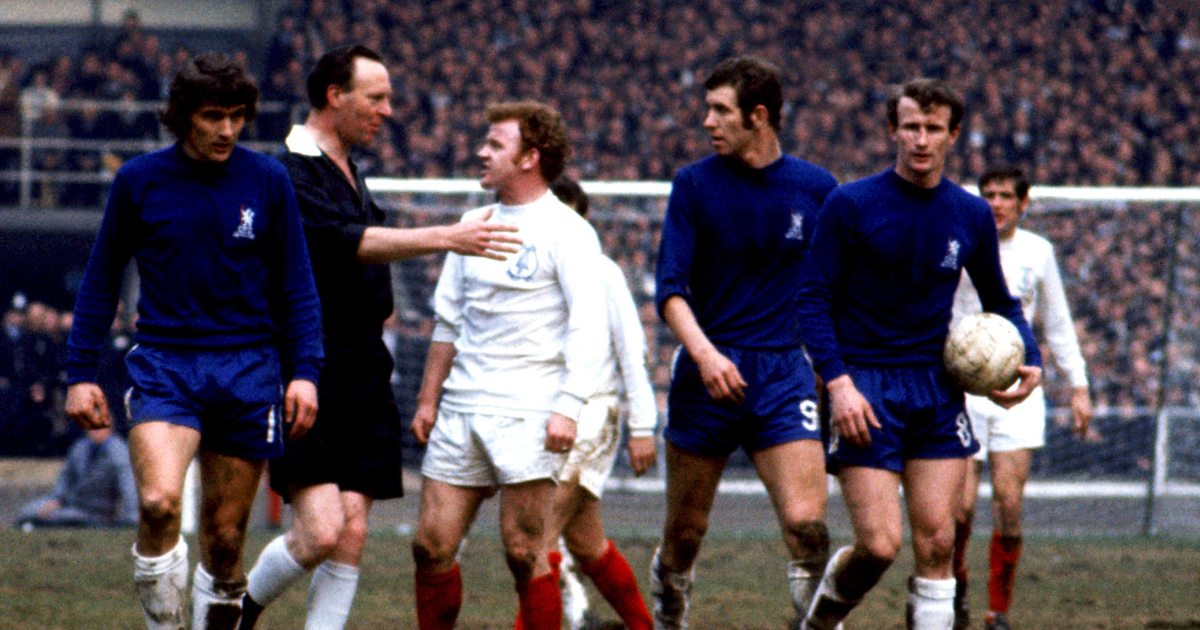 Making his debut at the age of 17, Hollins’ first spell lasted until he was 29-years-old, during which time he barely missed a game. Between 1964 and 1975, he played in 400 of Chelsea’s 420 league games and made a club-record 167 consecutive appearances.

After spreading spells with QPR and Arsenal across eight years, Hollins returned for one last hurrah with the Blues before retiring at the end of the 1983-84 campaign. A year later, he was managing the team.

Before spending four years managing Malaysia’s national team, Harris enjoyed a 16-year playing career, including two spells with Chelsea. Both were underwhelming, however, with an FA Cup final defeat to Spurs in 1967 the pinnacle.

He proved impressive as a coach, however, becoming the right-hand man to Terry Venables at both Crystal Palace and Barcelona.

Le Saux’s first stint lasted from 1987 until 1993 and he did his best to burn any bridges with the club in his final game, reacting furiously to being substituted, throwing his shirt into the crowd on his way from the pitch in disgust.

But, after lifting the Premier League with Blackburn and fighting with David Batty, he returned in 1997 for £5million; a record transfer fee for a defender at the time.

Le Saux’s second spell was blighted by injuries, but he still proved important in the club winning three pieces of silverware – the League Cup and Cup Winners Cup in 1998 and the FA Cup in 2000.

Drogba’s first spell at Stamford Bridge thrust him into the debate over the best striker in Premier League history, scoring more goals in finals than most top-flight clubs in the process.

After eight years, he departed in 2012 with a Champions League-winning penalty. In 2014, he returned for one more season and added another Premier League to his impressive trophy haul. 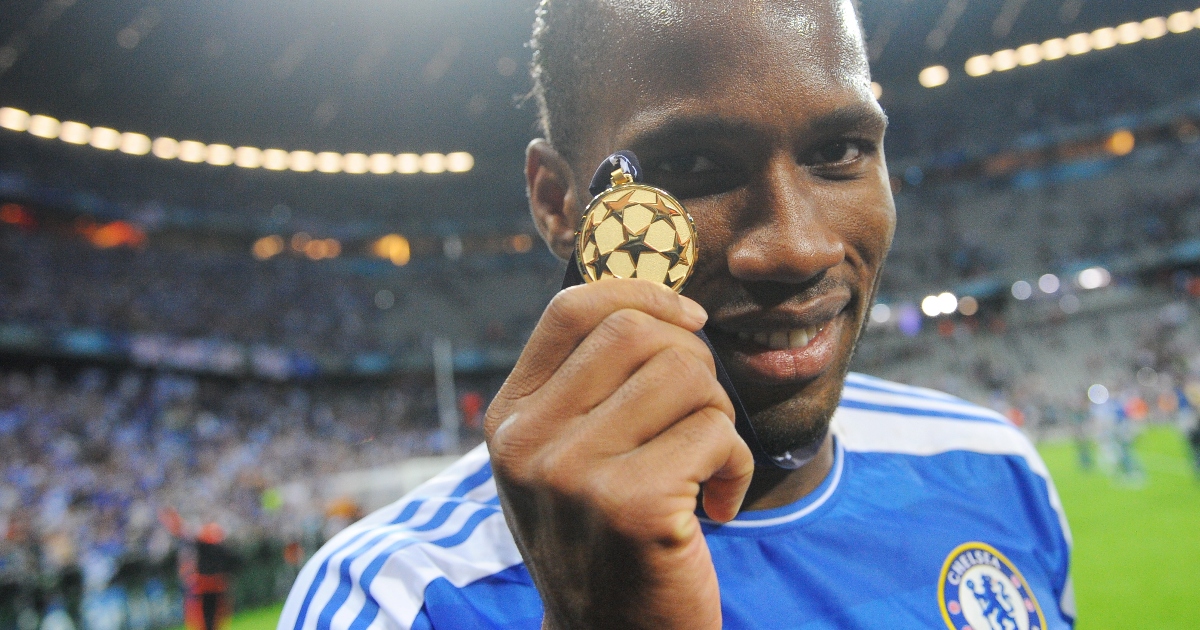 READ: 11 of the best quotes on Didier Drogba: ‘With you I could go to every war’

Remember Matic’s first spell with Chelsea? No? Welcome to the club. But it happened. After impressing with Serbia at the 2009 Under-21 European Championships, £1.5million was splashed on the midfielder.

After making just three appearances in two seasons, as well as the traditional loan spell with Vitesse Arnhem, he was sold to Benfica as part of the deal that saw David Luiz arrive in west London.

But Jorge Jesus turned Matic into an excellent midfield playmaker, and three years later Chelsea spent another £21million to bring him back to the Bridge, where he redefined the term ‘thunderbastard’ against Spurs in the 2016-17 FA Cup.

Following that aforementioned swap in 2011, Luiz spent three years with the Blues before leaving for Paris with FA Cup, Europa League and Champions League winners medals in his pockets.

In 2016, however, he returned in a £34million deal (£16million less than Chelsea had received from PSG for his services). Luiz helped Antonio Conte’s side to the Premier League in his first season back, securing a spot in the PFA Team of the Season as well.

Another Europa League and FA Cup followed before he decided to move on and frustrate Arsenal fans for a couple of years instead.