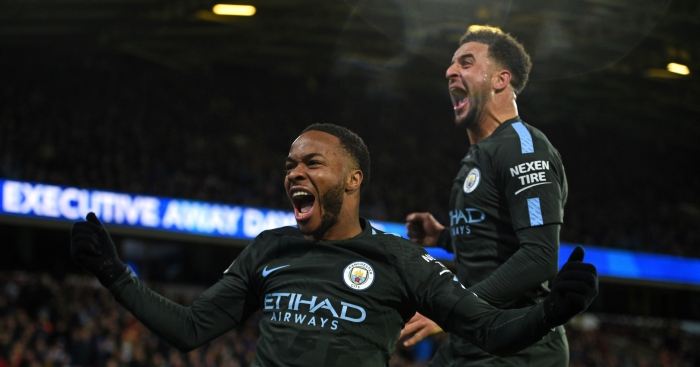 Manchester City are five points clear of Manchester United at the top of the Premier League and firm favourites to stay there. And many pundits fancy them to do it in record-breaking style…

City have won 12 and drawn one of their opening 13 games this season, but it’s their performances as much as their results which have got people talking. We recently published some statistics which paint an incredible picture of just how superior they have been to the other 19 teams.

If Pep Guardiola’s men are to go on and set new records from here, as many expect, these are the milestones they have to go beyond…

Managed by Jose Mourinho in his first season at the club, Chelsea cruised to their first Premier League title in 50 years, finishing 12 points clear of runners-up Arsenal.

They had the championship sewn up by April 30, three games before the end of the season.

Another manager to set a record in his first season at Chelsea was Carlo Ancelotti. Under the Italian, they won the Double, scoring 103 times on their way to a slender title triumph which was achieved with an 8-0 win over Wigan on the final day of the season.

Ancelotti’s side scored 17 goals in their last three games, with both Didier Drogba (29) and Frank Lampard (22) breaking the 20-goal barrier.

Arsenal’s 49-match unbeaten run began with two wins at the end of the 2002-03 season, but Arsene Wenger’s side maintained their undefeated streak through the following season to wrap up the title by April 25 at Tottenham.

That title-clinching point, though, was one of 12 draws Arsenal played out that season on their way to 90 points.

City are already five points clear of where Chelsea stood a third of the way into the season during which they recorded 95 points – the most ever in the Premier League. Can Pep’s men break 100 points?

They have also netted nine more goals than Ancelotti’s record scorers in 2009-10. The only metric in which City are inferior is the measly four goals Chelsea conceded on their way to a record points total.

However, Guardiola will appreciate that was a Mourinho side built on defensive solidity. After all, the 2004-05 champions may have conceded half the goals City have by this point, but they had also scored 11 fewer. Guardiola will be delighted with how his men measure up. 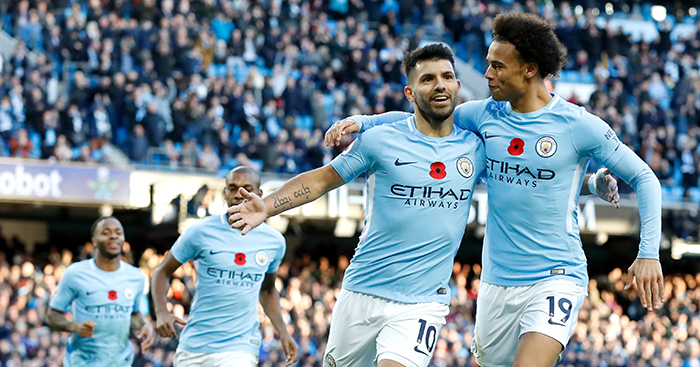 READ: The amazing stats behind Man City’s dominance of the Premier League

Indeed, in Mourinho’s first title-winning team at Chelsea, no player got close to 20 goals for the season. Lampard was their top scorer on 13, one ahead of Eidur Gudjohnsen. Arsenal’s Invincibles had a 30-goal scorer in Thierry Henry while Drogba hit 29 for Chelsea’s record scorers under Ancelotti.

Guardiola’s City are not reliant on one goalscorer, with Sergio Aguero currently leading the way on nine goals, and Raheem Sterling and Gabriel Jesus both only one behind the Argentina striker. Even City’s substitutes have been prolific this season.

If all three maintain their current rate throughout the remainder of the season, City could have three players through the 20-goal barrier, which would be another Premier League first.

And no one can accuse City of having had it easier during their start to the season compared to the Chelsea and Arsenal record breakers.

Thirteen games in, they have faced, on average, 11th-placed opposition. Arsenal’s Invincibles and Ancelotti’s Chelsea had it marginally harder with their opposition after 13 games having averaged 10th place, while Mourinho’s Blues came up against opposition that averaged 12th place in the table during the opening third of their season.