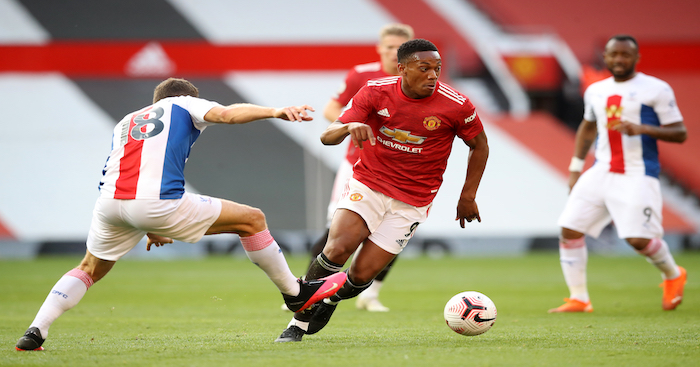 Manchester United have a great reputation of bringing young players through the academy, as well as developing some of those they pluck from other clubs.

However, they haven’t signed as many teenagers in the last 10 years as may have been expected, often going for the bigger names, such as Paul Pogba and Zlatan Ibrahimovic.

Thirteen plucky teenagers have been signed by the Red Devils over the past decade, and we have got the lowdown on how each of them fared.

It may be too soon to write him off at United, as his move to AC Milan is only a loan, but it seems as though Ole Gunnar Solskjær would rather not use Dalot, having placed his trust in Aaron Wan-Bissaka.

The right-back started 18 league games in the 2018-19 campaign – his first at United – but his opportunities have been few and far between since then. With that said, going to a club as big as Milan is still a massive opportunity for him to show what he is capable of.

When it was announced that United were signing a teenager for £36million, with his fee potentially rising to £58million, it was deemed a risk by plenty of onlookers. However, there won’t be many arguing with the logic behind the deal now, as Martial has become one of the most popular players in United’s lineup.

From coming off the bench to score that memorable goal against Liverpool, he has gone from strength to strength and at 24 years old still has plenty to offer in the coming years.

Regan Poole was actually signed on the same day as Martial, but their respective careers have gone in two very different directions. A cameo in a 5-1 win over FC Midtjylland in 2016 was his only ever appearance for the first-team.

Following a few loan spells away, Poole was allowed to join MK Dons on a free transfer in the summer of 2019.

Signed from the famed Ajax academy, Timothy Fosu-Mensah is a Netherlands international but has struggled to truly make his mark at Old Trafford. So far, he’s had loan spells for Crystal Palace and Fulham, putting in good performances for both clubs.

He still has the challenge of making the step up to play for Solskjaer’s side, though there will be questions about whether or not he can do that, seeing as he has largely been on the bench or out of the squad this term.

In the summer of 2014, Milinkovic-Savic was signed from FK Vojvodina and loaned straight back to them. The goalkeeper never made an appearance for United, as he was allowed to join Lechia Gdansk for free in January 2016. He was sold to Torino in 2017 and has since gone out on loan thrice, amassing a grand total of 14 appearances.

Yes, he is the brother of Sergej, who left Vojvodina for Genk that same summer and is now a star at Lazio.

Luke Shaw was signed from Southampton as an 18-year-old for close to £30million, also joining in the summer of 2014. He hasn’t had an easy ride at Old Trafford, as he was singled out by Louis van Gaal and told he needed to do more fitness work.

Having established himself as a player in the team, Shaw now has another challenge on his hands, as Alex Telles has been signed from Porto and will offer direct competition for the left-back spot.

Having been signed from FC Zurich and initially put in the Under 23s, Saidy Jairo only ever made one appearance for United, which saw him taken off halfway through the 4-0 defeat to MK Dons in 2014.

Following a loan spell at Bolton Wanderers, he was sold to Celtic, starting a tour around Europe, which included moves to Saint-Étienne, Porto and a loan at BSC Young Boys. His latest move was to Real Valladolid in October 2020.

READ: Where are they now? Manchester United’s XI beaten by MK Dons

After scoring 11 goals in 17 matches for Universidad de Chile, Henriquez was brought over to Old Trafford, much to the excitement of Sir Alex Ferguson.

However, he never went on to make an appearance for the first team, going on loan to Wigan Athletic, Real Zaragoza and Dinamo Zagreb, before making a permanent move to the latter. Things have kind of gone full circle, as he is back at Universidad de Chile. He just doesn’t get as many goals anymore.

When Powell joined United from Crewe Alexandra in 2012, Ferguson referred to the midfielder as an “exceptional talent”. However, he only went on to make nine first-team appearances for United – that did include a good goal in a 4-0 win against Wigan Athletic though.

After sending him out on loan three times, United finally gave up on the midfielder in 2016 when he joined Wigan on a free transfer. The midfielder, now 26 years old, plays for Stoke City at the moment. 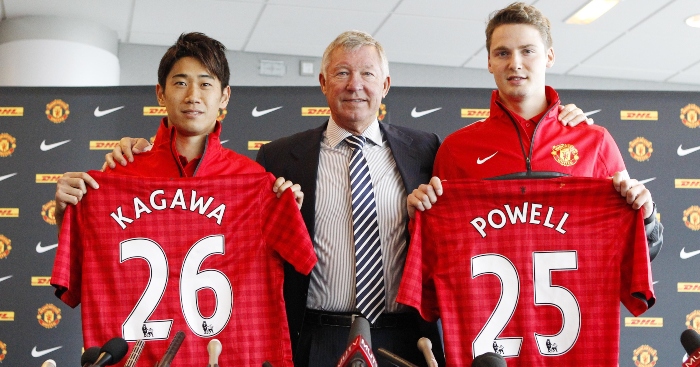 Not that one. James was picked up from Preston North End’s youth team in 2012. Like Jairo, his only ever first-team appearance for the Red Devils came in that embarrassment against MK Dons, though he had to endure the full 90 minutes.

After three loans he was sold to Wigan in 2015 before he went to Sunderland and then Doncaster Rovers, where he is now a regular feature at left-back.

There will have been plenty of satisfaction when this move was first completed, as Veseli joined from local rivals Manchester City. However, if any United fans were bragging to their City supporting mates about it, they would have ended up as the butt of the joke, as he didn’t manage a single first-team appearance.

The defender has represented Albania 27 times and now plays US Salernitana 1919 in Serie B, having previously played for clubs such as Le Mans and Lugano.

Jones, the man known more for pulling funny faces than his exploits on the pitch, was signed from Blackburn Rovers in 2011 with massive expectations. The fact he is still at Old Trafford says something positive, but he has not turned out to be as influential as first hoped.

Still, he’s represented United over 200 times and has 27 England caps to his name, so he must have done something right.

Another player on this list from that 4-0 loss against MK Dons, though he had got another League Cup appearance – against Newcastle United – in before that.

He was signed from Club Brugge’s youth team in 2010, but things didn’t go to plan for the right-back who stayed in England for a few years after leaving Old Trafford. Having then gone to MVV Maastricht, he now plays for Thes Sport in Belgium’s third tier.