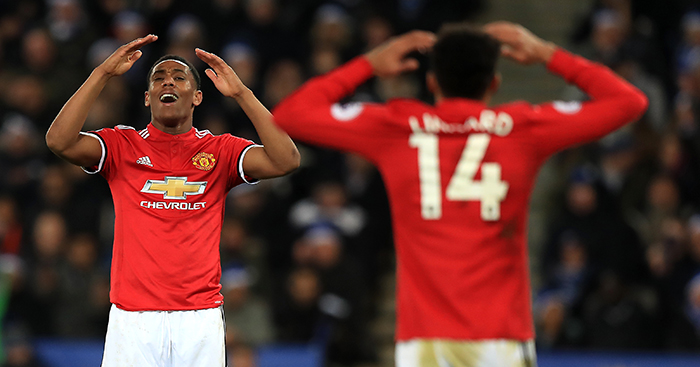 Manchester City have been so dominant in the Premier League this season that Manchester United and co. may feel they are in an impossible situation.

United have won 13, drawn three and lost three of their 19 games so far, a commendable record, yet Jose Mourinho’s side are on astonishing 13 points behind their Manchester rivals.

Pep Guardiola’s men have won 18 of their 19 games, scoring 60 goals and conceding only 12 in the process. They have already set a new Premier League record for consecutive wins and are currently on track to break another 12 before the end of the season.

In fact, such is City’s dominance that every team except United in second and Chelsea in third are closer in points to the relegation zone than the top of the table. They truly are in a league of their own.

Such is the rarity of City’s record at this stage that many fans and pundits have suggested Manchester United would be top at this point of any other season. Naturally, we decided to investigate this claim… 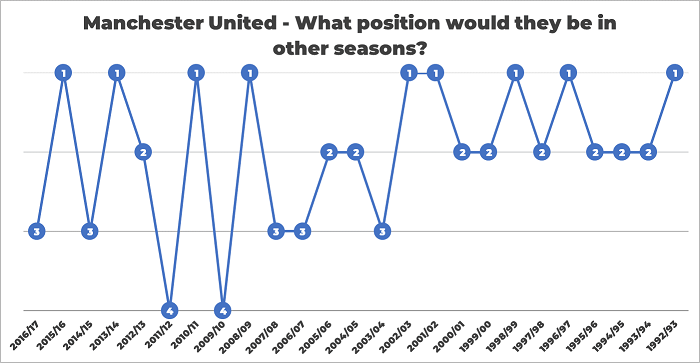 In actuality, 42 points has only been enough to secure top spot at the halfway point of nine of the previous 25 seasons. It would have earned them second in another nine seasons but would have seen them in third in five and way down in fourth in 2009-10 and 2011-12.

The average points for the top position at this stage is 44, two more than United have currently, but the Red Devils’ goal difference of 27 is four higher than the average of 23 for the table-topper at the halfway point.

Unsurprisingly, Manchester City’s tally of 55 points after 19 games is the highest in Premier League history. Only Chelsea’s title winning team of 2005-06 comes close: they won 17, drew one and lost one of their first 19, meaning they had 52 points. No other side has had more than 50.

The lowest at this point was in 1998-99 when, of course, United went on to secure the title and a historic treble. But it was Chelsea at the halfway stage leading the pack at the halfway point then with a measly 36 points. United were third with 34.