The 10 players with the most tackles in the last 5 years: Casemiro top 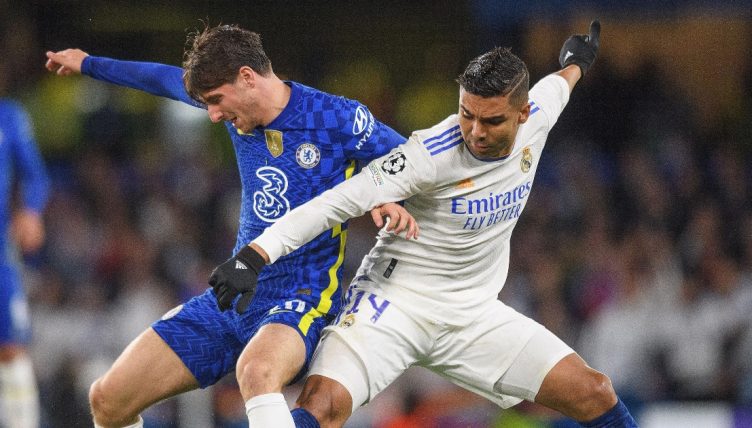 After Manchester United agreed a deal to sign Casemiro from Real Madrid, we’ve rounded up the best tacklers in Europe’s top five leagues.

Casemiro is widely regarded as one of the best defensive midfielders in the world and will add some much-needed bite to United’s midfield.

Using data from Squawka, we’ve looked at which players have made the most tackles in Europe’s top five leagues, the Champions League and the Europa League since the start of 2017-18.

As well as being a social media sensation in his spare time, De Roon is also renowned for his tough tackling and commitment.

The defensive midfielder, who left Middlesbrough and returned to Serie A side Atalanta for a second spell in the summer of 2017, has been nicknamed the ‘Bulldog of Bergamo’ in Italy.

“It was as a youth player after I’d broken my leg,” he said when asked about his playing style. “Before that I was a player who, how can I say it, avoided the duels and the tackling.

“Then when I broke my leg I thought I have to play a different style of game otherwise this could happen again. From that moment on I just played hard. Sometimes a little bit too hard. I like to go in for the duels.”

That’s backed up by the stats as the Netherlands international has made 476 tackles for Atalanta since the start of the 2017-18 season.

So angry I wedged myself. pic.twitter.com/8DSa0XUYwl

Rodri left Villarreal at the end of the 2017-18 season and spent a year at Atletico Madrid before his abilities were identified by Pep Guardiola.

The midfielder, who has been compared to Barcelona’s Sergio Busquets, sits at the base of Manchester City’s midfield trio and dictates play with his passing.

But he also does the dirty work when necessary and has made 484 tackles at club level since the start of the 2017-18 season.

Wan-Bissaka enjoyed a brilliant breakthrough campaign at Crystal Palace in 2018-19, winning their Player of the Year award.

The right-back then completed a £50million moce to Manchester United, where he established himself as the best defensive full-back in the Premier League.

“I love tackles man, I want to come out with the most tackles from each game,” he said in 2019. “I’m not really happy when I come out of a game without many tackles.

“At the same time, when I look back at it, it doesn’t mean anything negative, necessarily. It might mean that the winger’s not confident to keep on coming at me, for me to have the chance to tackle him.”

While Wan-Bissaka has made a total of 484 tackles for Palace and United, he’s now fallen out of favour at Old Trafford due to his lack of attacking threat.

Find someone who loves you as much as Aaron Wan-Bissaka loves a tackle 😍pic.twitter.com/YARkIED7iL

Admittedly, Saul’s stock has dropped considerably after a disastrous season on loan at Chelsea in 2021-22.

But the all-action midfielder was once an key player for Diego Simeone’s Atletico Madrid side due to his impressive efforts off the ball.

He’s made a total of 492 tackles in the last five seasons and will be hoping to rediscover his best form at the at Wanda Metropolitano in 2022-23.

Gueye joined Everton in the summer of 2016 and quickly became a fan favourite at Goodison Park due to his combative style.

After ranking first for tackles made in the Premier League in the 2016-17 campaign, he finished second to Wilfried Ndidi in the following two seasons.

The midfielder moved to Paris Saint Germain in 2019 and hasn’t changed his playing style, taking his tackle total up to 507.

Having sold Gueye to PSG in 2019, Everton looked to replace him a year later and signed Allan from Napoli.

The Brazil international produced a lot of tough-tackling displays for both sides and has managed to outdo his predecessor at Goodison Park, making 11 more tackles than Gueye since the start of the 2017-18 season.

One of the players that’s defined the role in the modern era, Busquets recently celebrated his 34th birthday but is still a key player for Barcelona.

The Spain international is renowned for his composure on the ball, but he isn’t afraid to get stuck in and has made 519 tackles since the start of 2017-18.

“People want me to do ‘highlights’ and a show,” Busquets said recently. “My position is complicated, dirty work, but very important.”

The wonderfully aggressive defensive midfielder made 3.5 tackles per 90 minutes as Lille stunned PSG and won Ligue 1 in 2020-21.

Thtat was no fluke as he’s made a total of 584 tackles in league and European games in the last five years.

Since joning Leicester City from Genk in 2017, Ndidi has established himself as one of the best tacklers in Europe’s top five leagues.

The midfielder ranked top four for tackles in each of his first four seasons in the Premier League, topping the count in 2017-18 and 2018-19.

“He’s been a really, really important player in my time here for his role,” Brendan Rodgers said earlier this year. “You see the importance of the role I give him in the team in how he protects the others.

“It’s a very young team as well and his experience and physicality helps those players. He’s been absolutely brilliant.”

Despite struggling with injury problems in 2021-22, the Nigeria international still finishes in the top two here as he has made 587 tackles.

If there’s one thing that Casemiro is known for, it’s that he loves a tackle or two.

The midfielder has spent the last eight years sitting at the base of Real Madrid’s midfield, protecting the back four while allowing Luka Modric and Toni Kroos to shine.

“You’ve been the best bodyguard in the world,” Modric recently wrote in a letter to Casemiro after the Brazil international agreed to join Manchester United.

He’s made 589 tackles since the start of 2017-18 and that’s not including this perfectly timed challenge on referee Alejandro Hernandez.

Did he get the ball? 🤔 pic.twitter.com/tJNTCR0TOw

READ NEXT: The 10 previous players Man Utd have signed from La Liga