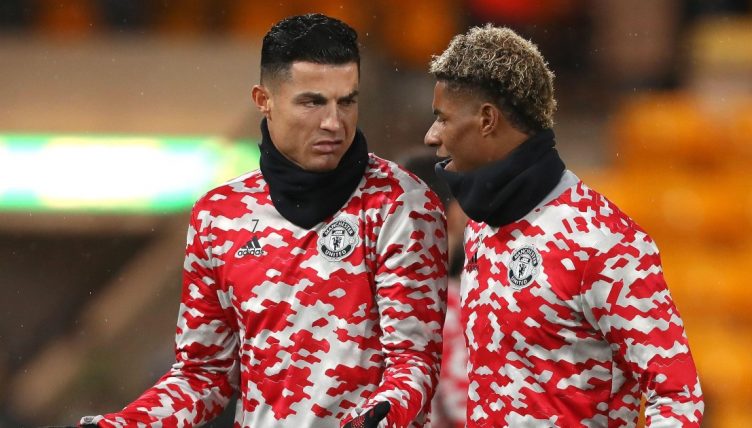 Cristiano Ronaldo will leave a huge void to be filled at Old Trafford, but that’s not to say that some players wouldn’t feel the benefit of the veteran goalscorer leaving the club.

While Ronaldo did score goals upon his Manchester United return, his second spell at the club didn’t exactly go to plan. He scored 27 goals in 54 appearances but ultimately failed to win any silverware.

Things took a turn for the worse at the start of this season until everything boiled over in a dramatic departing interview from the 37-year-old.

We’ve looked through the United squad and picked out five players that will benefit from his departure.

There has been plenty of debate over Rashford’s best position. Under Erik ten Hag, he has predominantly played through the middle and on the left-hand side.

Ten Hag explained last month that his best position “is the number nine or coming in from the left,” as he told the official club website. Without Ronaldo filling the number nine role, Rashford will be given more of a license to act as United’s main outlet.

While the finger can’t be pointed at Ronaldo, it has to be said that Rashford’s worst season in front of goal did come last season while United were primarily concerned with getting the best out of the Portuguese forward.

Rashford thrives in a quick dynamic system where he is able to get in behind and make clever darting runs past defenders. With Ronaldo now out of the picture, we could see Rashford’s performances continue to pick up. He’s even scoring Ronaldo-esque headers these days.

What a ball and what a header 😍💥 pic.twitter.com/DpZaLKoU6Z

The French forward has struggled to stay fit all season, but he has looked like a useful asset under Ten Hag when he has been available.

Across all competitions, he has averaged a goal every 73 minutes this season. With Ronaldo now departing, Martial will be eyeing up the No.9 spot as his own.

It has long been debated whether or not Fernandes and Ronaldo can thrive together in the same system. While they have had their moments together, the stats prove they are better without one another.

Prior to Ronaldo’s return to Old Trafford, Fernandes was the main man at Old Trafford. He scored 28 goals in the 2020–21 season and was one of the most prolific midfielders in Europe.

His output dropped to just 10 goals last season as United changed their approach to accommodate Ronaldo. Even this season Fernandes has not scored for United while Ronaldo has been on the pitch. 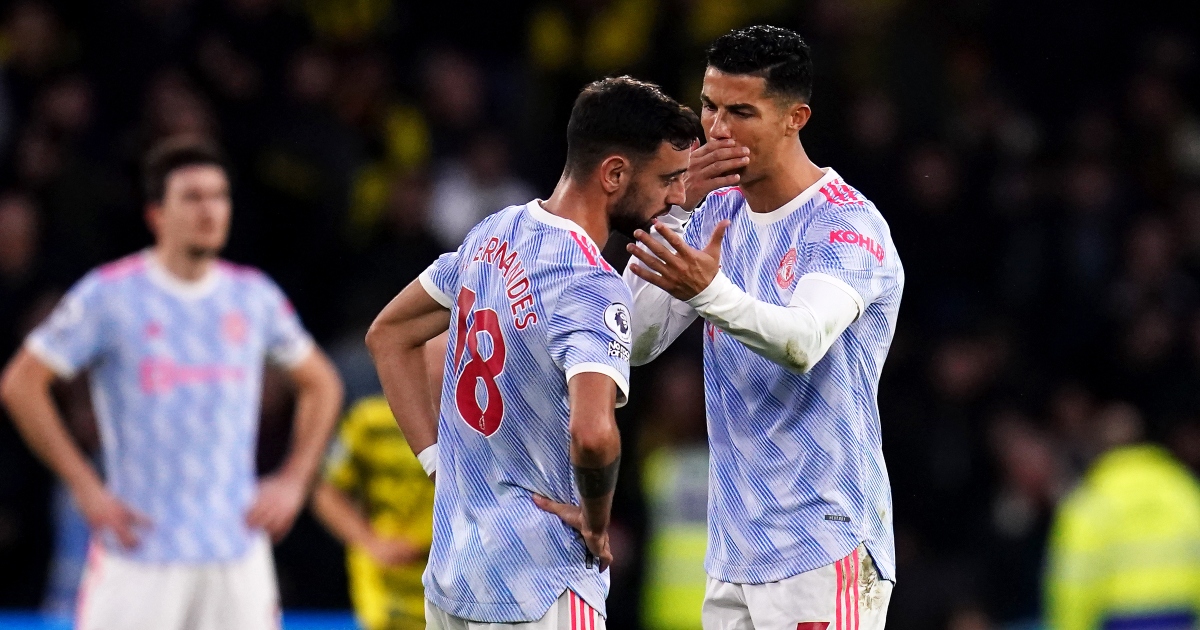 READ: Comparing Bruno Fernandes’ stats with & without Ronaldo in the team

Sancho’s arrival in the summer of 2021 was ultimately overshadowed by the returning Ronaldo. Upon his arrival, it was thought that he would play as part of a dynamic forward three under Ole Gunnar Solskjaer.

United’s original tactical setup for the 2021-22 season had to be overhauled to bring in Ronaldo and we ultimately didn’t see the best of Sancho.

Perhaps Ten Hag can still get the best out of him in a tweaked system without a certain elephant in the room.

The United captain has had a tough year but now seems to be picking things up for England at the World Cup.

While Ronaldo leaving has no bearing on Maguire’s performances on the pitch, there is an argument that he will benefit as the skipper without Ronaldo in the dressing room.

Given Maguire’s standing in the game, he was always going to find it tough to act as the captain to five-time Ballon d’Or-winning Ronaldo, especially given widespread reports that the returning club icon felt put out by not being given the armband. That can’t have been good for dressing room morale.

Time will tell if this actually does have any bearing over his ability to get back into the starting XI. But the World Cup is showing he can be a pretty decent defender in the right system.