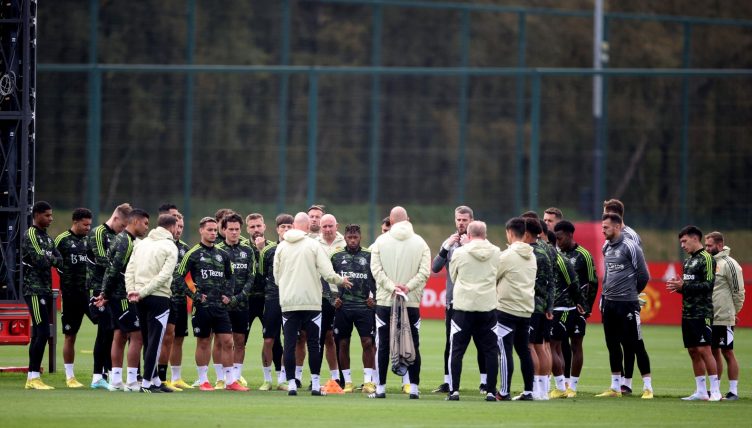 Manchester United are one of the most enticing clubs to manage on Football Manager 2023.

For years it’s been a fun challenge to attempt to restore United to the top of the Premier League, but after a lost decade and the introduction of Erik ten Hag there is now someone to test yourself against – and a decent squad to get started.

The signings of Casemiro, Lisandro Martinez, and Christian Eriksen means the club is not a total disaster when you take over at the end of June 2022, although there is still an awful lot of surgery needed. And not all of it can be done straight away. The most important part of this challenge is having the patience to wait out year one, when some of those preposterously high earners – chiefly David de Gea and Cristiano Ronaldo – leave the club to free up some funds.

Here’s a how-to guide for getting through the first year as Man Utd manager:

The first thing to do on any Football Manager save is to reorganise the backroom staff. As United manager this is pretty easy to do, and mostly requires simply juggling the ‘coaching assignments’ in training until you find which departments have less than four stars.

Finding replacements for anyone now surplus to requirements is just a simple search away; there are many options for each position, remembering that the stat (18+ is necessary) for the coaching department is far more important than their ‘reputation’. Hiring a new director of football and technical director is also imperative. We recommend Frank Arnesen for the former and Juan Moreno for the latter. 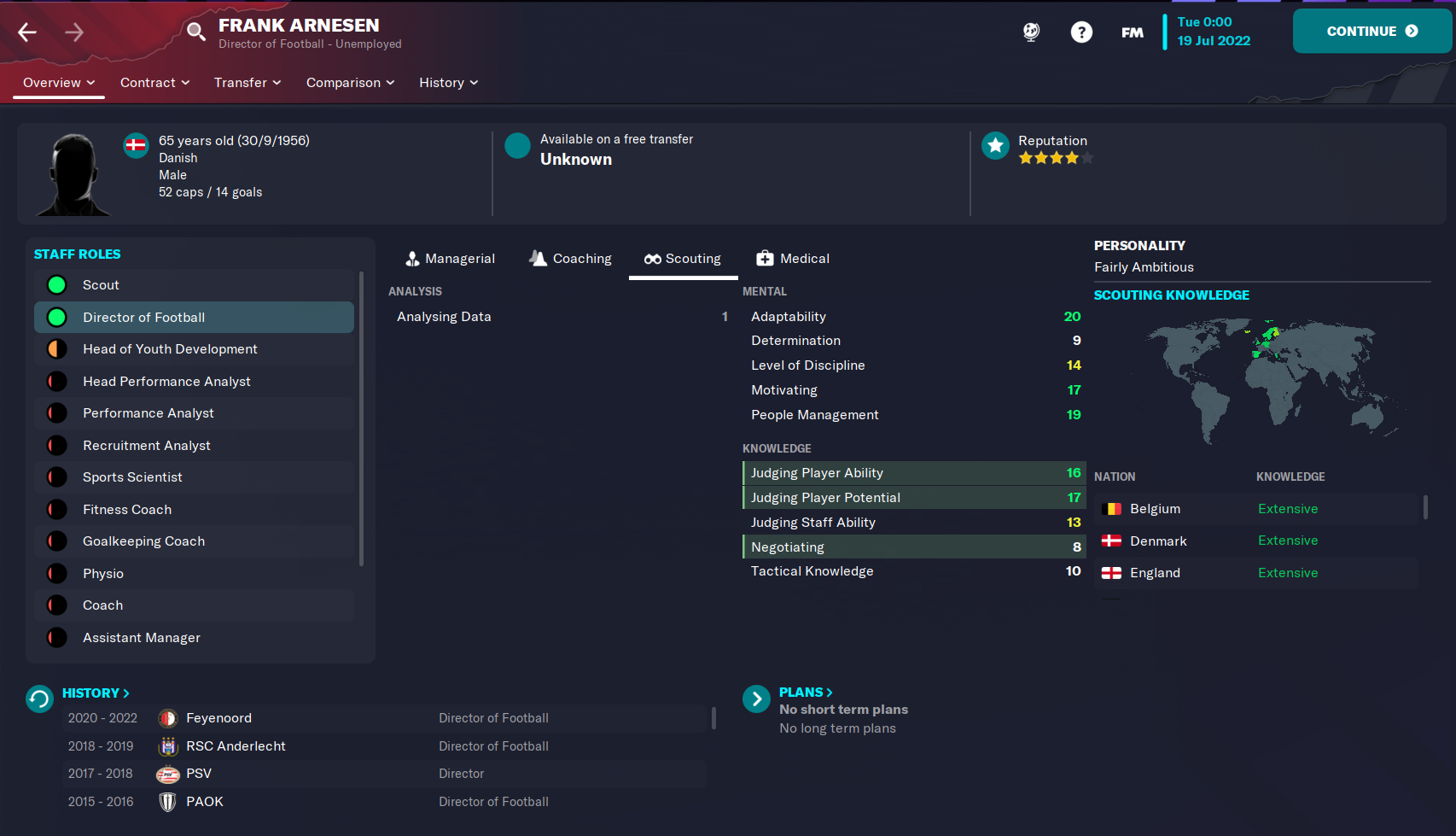 If you want to play like ten Hag’s Ajax, then you should select ‘vertical tiki taka’: his teams historically like to dominate the ball in a Cruyffian way, but with more urgency in how the ball is cut through the lines. Once this is set, there are only minor adjustments needed to make it realistic.

Switch the ‘dribbling’ to ‘run at defence’, to capture how United’s front three are expected to attack directly, put the tempo up to ‘standard’, and move the ‘trigger press’ to ‘standard’ to reflect how ten Hag is easing United into his new methods.
The best tactics for the current players

However, this isn’t really the right squad for that kind of football, and instead it makes more sense to use a ‘fluid counter-attack’ style, since this make the most of Man Utd’s individuality (Bruno Fernandes, Ronaldo) and the pace in the forward line (Marcus Rashford, Jadon Sancho, Anthony) while also defending in a deeper shape, thus papering over the cracks of a pretty ropey defence.

There isn’t the pace in central defence (looking at you, Harry Maguire) or sophisticated levels of distribution (David de Gea is dreadful, but won’t leave) to play with a high defensive line. If you do select ‘fluid counter-attack’, then it’s worth changing ‘approach play’ to ‘focus down the left’ and ‘focus down the right’ and ‘pass into space’, as well as sliding ‘passing directness’ up to ‘normal’.

‘Creative freedom’ should be set to ‘be more expressive’; ultimately this is quite a conservative tactic, and you want to turn the dial a little to make use of Man Utd’s attacking talent. 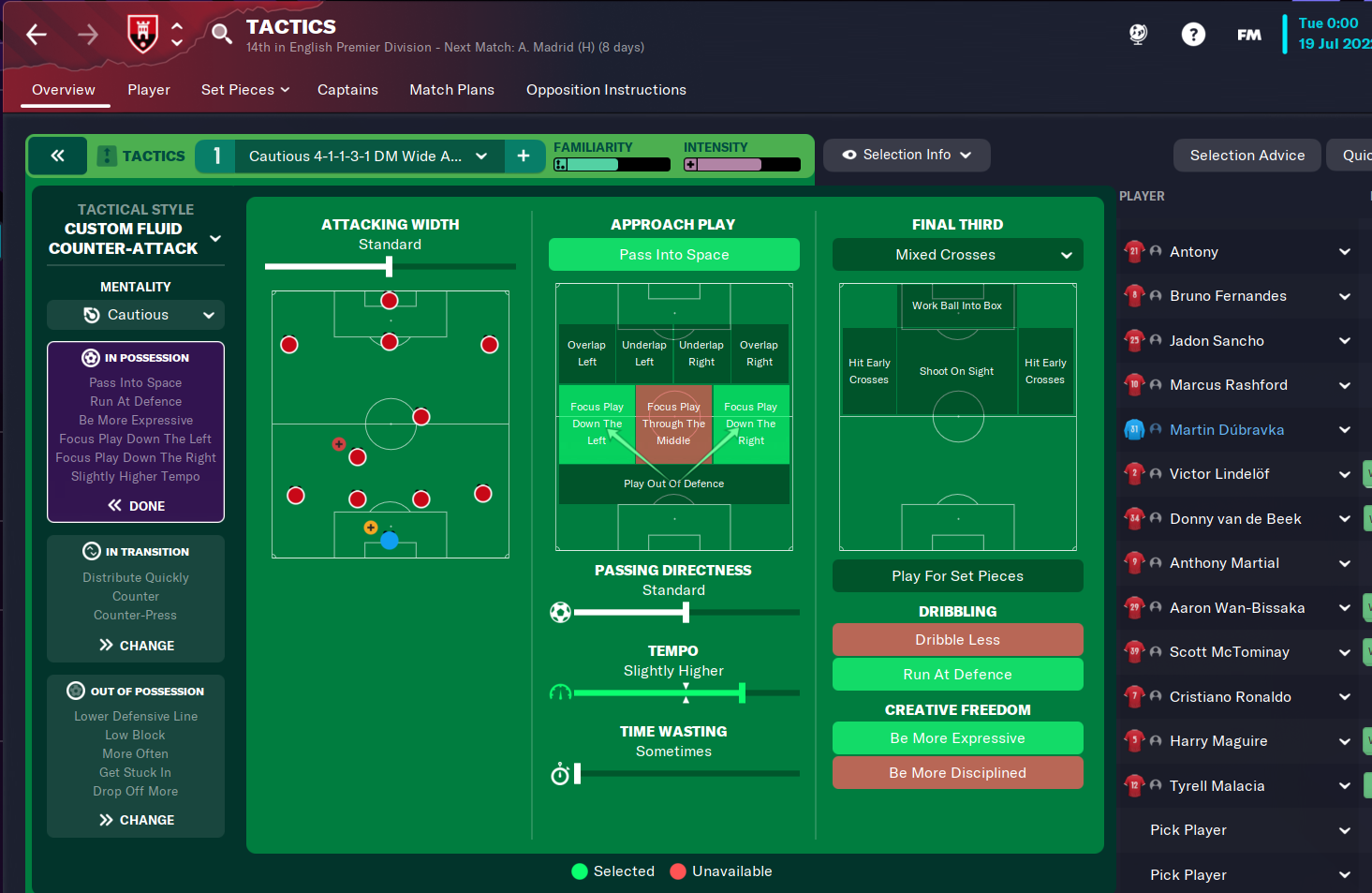 Who to sell, who to buy

Selling players in the first summer is very hard. We transfer listed Scott McTominay, Aaron Wan-Bissaka, Victor Lindelof, and Donny van der Beek but couldn’t get offers for any of them. A few loan deals will help with the wages situation, mind, while Anthony Elanga – under-rated in FM23 – should be moved on for around £10 million.

That doesn’t give you much money to work with, although there is money to be spent provided you are willing to use a classic Football Manager trick: paying fees almost entirely in instalments. It can be crippling to a club’s finances to buy now pay later – put about 90% of the fee in three 12-monthly instalments – but United have huge revenue and can afford it.

You’ll need a central midfielder, centre-back, and right-back to complete the team in year one. We recommend Jude Bellingham, available at £100 million (but £15 million of your budget), and Dayot Upamecano for £50 million (£10 million of your budget). Do ‘whatever it takes’, to use your scout’s favourite phrase, to land Ajax right-back Jurrien Timber – but you might be priced out. To cap off window one, towards the end of August there is the chance to get Eden Hazard on loan. 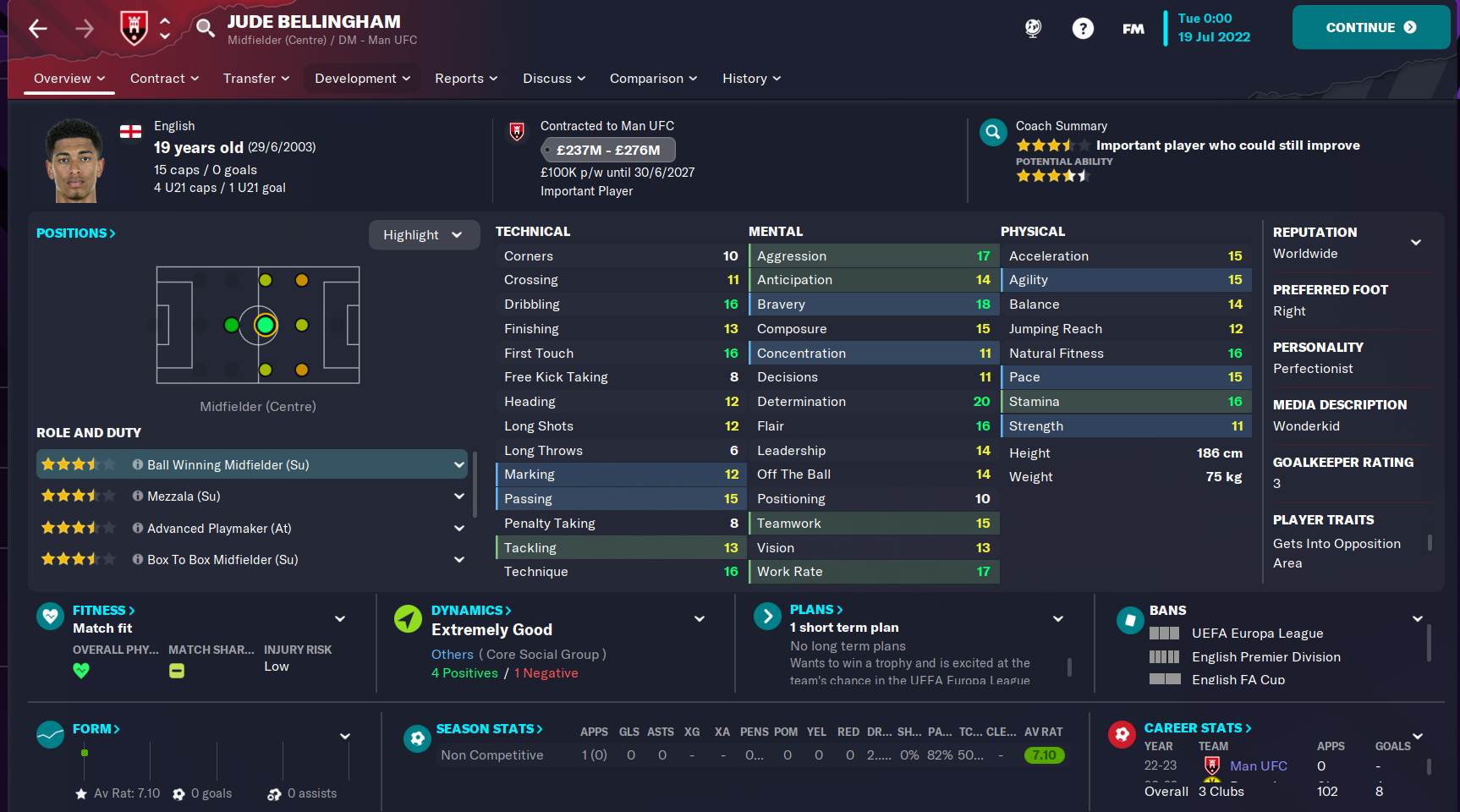 READ NEXT: 13 players you forgot ever played for Man Utd: Beardsley, Milinkovic-Savic…