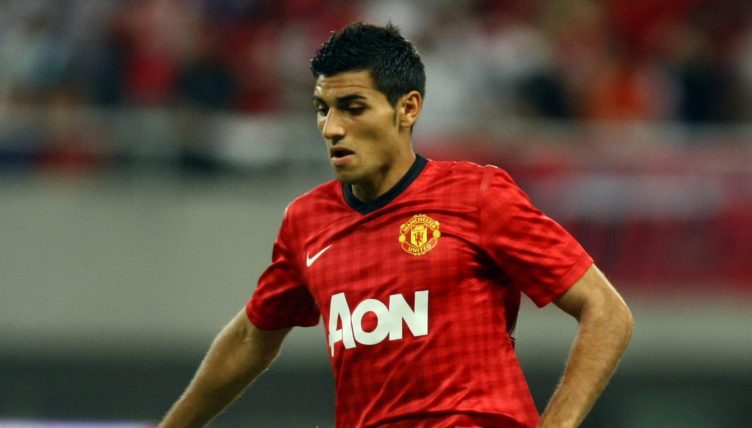 The mood at Manchester United was good when Football Manager 2013 was released back in early November 2012.

Sir Alex Ferguson was still at the helm and already had a healthy lead at the top of the table in their quest to knock the champions Manchester City off their perch. New signing Robin van Persie was banging in the goals and they’d eventually reclaim the Premier League title at a canter.

Not only that, but the club’s famous academy was continuing to produce a healthy batch of eye-catching youngsters as FM2013’s list of United wonderkids underlines. The future looked bright.

Things haven’t quite gone to plan, with a nine-year – and counting – wait for another league title since Ferguson retired in 2013. Few of their class of 2013 went on to quite reach their potential, either.

We’ve taken a look through the FM Scout database to pick out Manchester United’s 10 wonderkids from Football Manager 2013 and taken a look to see whether the real-life players have lived up to their early potential a decade later.

The Carrington academy graduate was a regular for United’s Under-21s and Under-18s during Ferguson’s later years. He was named on the bench on a number of occasions during the 2012-13 campaign but never made a senior debut for his boyhood club.

After no fewer than 10 loan moves, he eventually departed Old Trafford in 2018. He joined West Brom and made a name for himself there, starring in their 2019-20 promotion and making the most saves of any Premier League goalkeeper as the Baggies suffered relegation in their first year back.

In the summer he was linked with a romantic return to United following Dean Henderson’s loan departure. Instead, he joined Crystal Palace following the expiration of his contract at the Hawthorns.

No sniggering. Jones genuinely looked one of the best young defenders in Europe in his early days at United.

Injuries reduced him to just 13 Premier League starts during the 2012-13 title-winning campaign, but the future looked bright as the club looked forward to a time beyond Rio Ferdinand and Nemanja Vidic.

Alright, the ‘new Duncan Edwards’ tag was always overstated and unhelpful, but you’d still have expected more. Jones has made just 13 appearances in the last three seasons and according to reports has been told by Erik ten Hag to train separately from the first-team squad.

What Phil Jones thinks his testimonial attendance would be vs What it'd actually be pic.twitter.com/ApQSgYnisT

An injury crisis during the 2014-15 season saw Blackett get some senior opportunities under Louis van Gaal.

“He can play at this level, but can he play match after match? I can’t answer at the moment,” the Dutch coach said of the young defender as he got to grips with the United squad.

Turns out the answer to that was no. Blackett was sold by Van Gaal’s successor Jose Mourinho in 2016. He since made over 100 appearances in the Championship for Reading and spent a season at Nottingham Forest before joining MLS outfit FC Cincinnati in 2021.

Having been nabbed from Crewe as a highly-rated youngster in the summer of 2012, Powell immediately went into the fringes of Ferguson’s first team.

Then a teenager, the attacking midfielder made six appearances under Ferguson during the 2012-13 season. Only a further three followed under Fergie’s successors, and he’s since found his level in the Championship. He’s currently at Stoke. 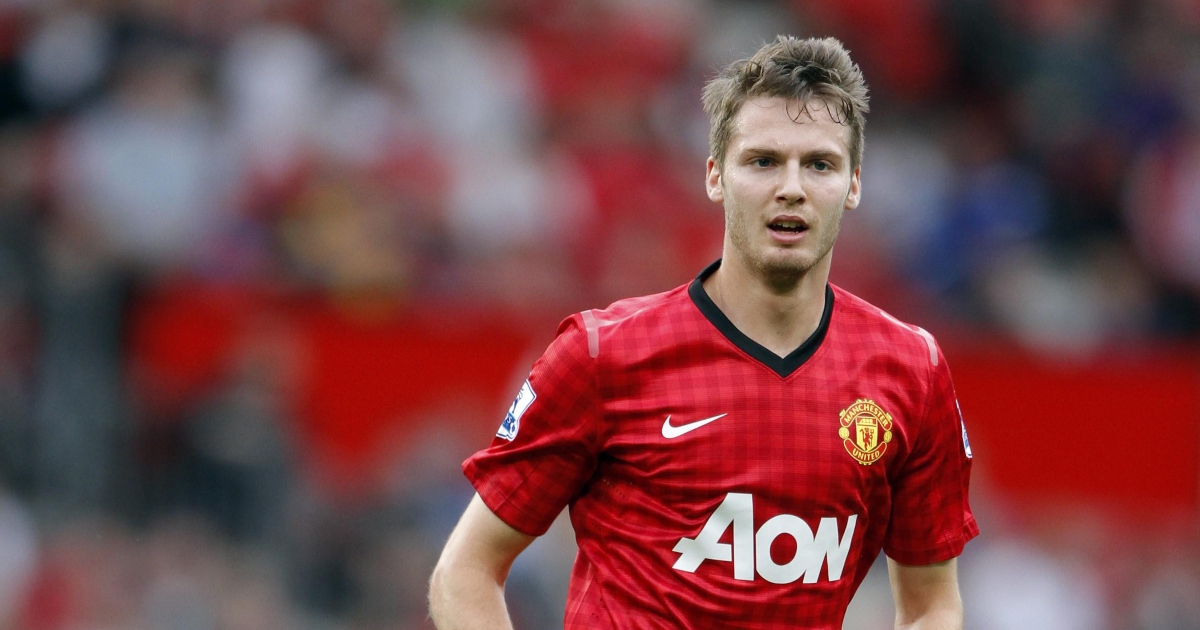 Daehli was a youth prospect when he signed with United on his 17th birthday in 2011.

The Norwegian midfielder immediately caught the eye in Paul McGuinness’ Under-18s and received the club’s Jimmy Murphy Young Player of the Year award, which has also been lifted by the likes of Danny Welbeck and Marcus Rashford.

But after a couple of years with no first-team opportunities, Daehli joined his compatriot Ole Gunnar Solskjaer at Molde. He’s been a bit of a journeyman ever since and is currently turning out for German second-tier outfit FC Nurnberg.

He’s still receiving senior international call-ups, though, and is something of a regular for Norway alongside the likes of Erling Haaland and Martin Odegaard.

The Oldham-born midfielder was loaned out to Barnsley for a couple of seasons and – without an obvious pathway into the first team – joined Preston for an undisclosed fee in January 2016.

He’s since clocked up almost 200 Championship appearances for Preston and latterly Bournemouth. Having helped the Cherries get promoted last term, 27-year-old Pearson is now tasting Premier League football for the first time in his career.

Yet another one that never made a senior appearance for the club, the former England Under-20 international’s career amounts to a total of 56 appearances at seven different clubs.

He’s represented Hartlepool, Rotherham, Notts County and Portland Timbers but hasn’t had a club since he was released by Phoenix Rising back in 2020.

United paid £200,000 in compensation to Roma after signing the highly-rated Italy youth international in 2008.

Petrucci continued his development at Carrington but never quite broke through, instead being loaned out to Darren Ferguson’s Peterborough, Charlton and – in something of a throwback to the halcyon days of Danny Higginbotham and Luke Chadwick – Belgian side Royal Antwerp.

The midfielder terminated his contract by mutual consent in 2014. He’s since had stints at FC Cluj, Ascoli, and Cosenza and nowadays is turning out for Israeli club Hapoel Be’er Sheva. 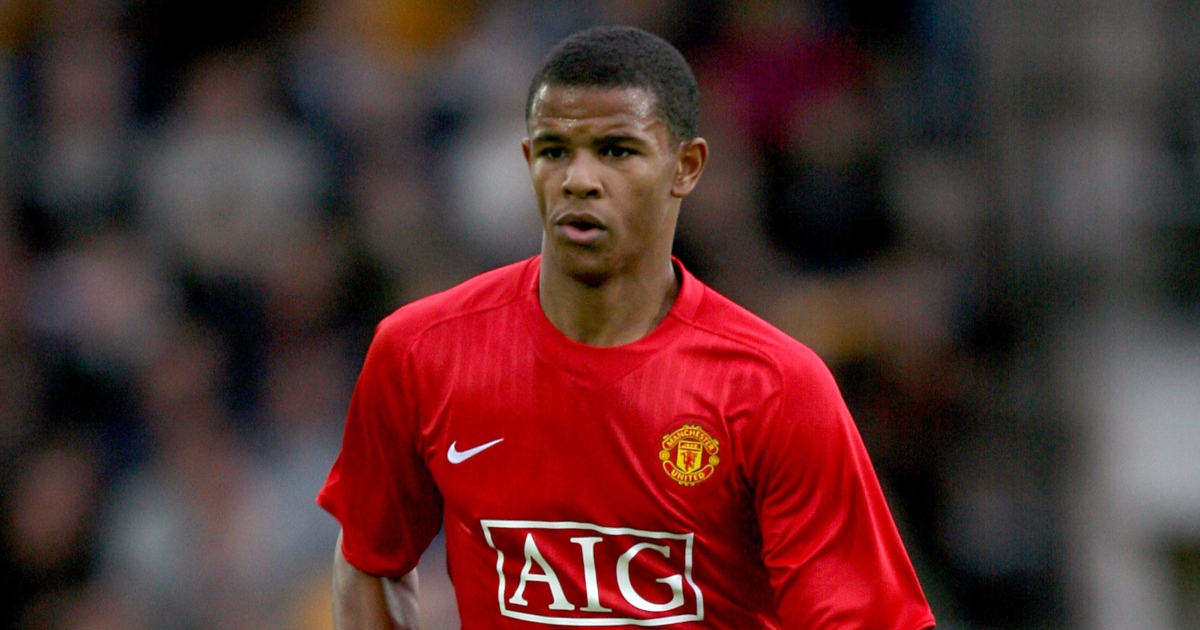 READ: ‘It was priceless’: The inside story of Man Utd’s link with Royal Antwerp

The Belgian was tearing it up for the Under-23s during Ferguson’s final season in management.

He never made an appearance under the legendary Scottish coach, but was named on the bench for Fergie’s bonkers farewell 5-5 draw with West Brom without actually making it onto the pitch.

Januzaj’s emergence was just about the only positive thing from David Moyes’ short tenure, but the tricky winger never quite kicked on to become the world-beater many expected him to be. He’s still a decent enough player, though, and is currently turning out for Sevilla after leaving Real Sociedad after five years.

How's that for a left-foot volley?! 💫#MUFC pic.twitter.com/Wme2AcU74D

Signed as an 18-year-old from Universidad de Chile in the summer of 2012, the striker turned out for the Red Devils’ Under-21s for a few months before going out on loan to Wigan. He’s officially an FA Cup winner, but he never actually featured at Wembley as Roberto Martinez’s Latics shocked Man City in the 2013 final.

Henriquez never made a first-team appearance for United. In 2015 he turned his loan at Dinamo Zagreb into a permanent deal and later spent four years back in Chile with his old club. Nowadays he’s back in Europe with Polish side Miedz Legnica.

READ NEXT: Seven times Sir Alex Ferguson had a huge bust-up with a Man Utd player