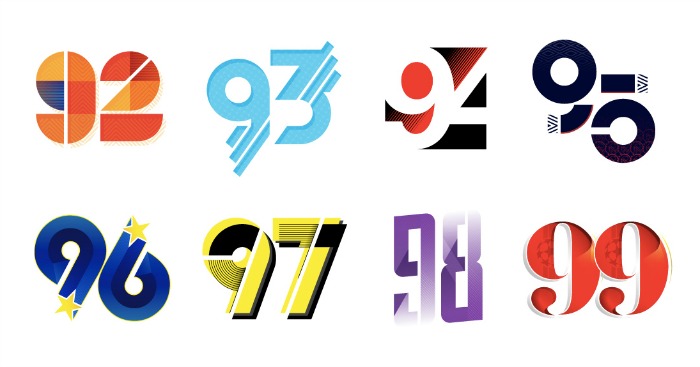 Artist Richard Debenham has revisited the history of the Champions League with a series of brilliant designs to commemorate every winner since 1992.

He is up to Barcelona 2006 so far and could have a new name to add to the list this season, with Atletico Madrid, Leicester and Monaco still in the last eight, all having never won the tournament before.

Debenham’s project, Champions Type, has been described as: “A typographic celebration of Champions League winners since the competition’s inception in 1992. Kits, colours and visual references are at the heart of the designs.”