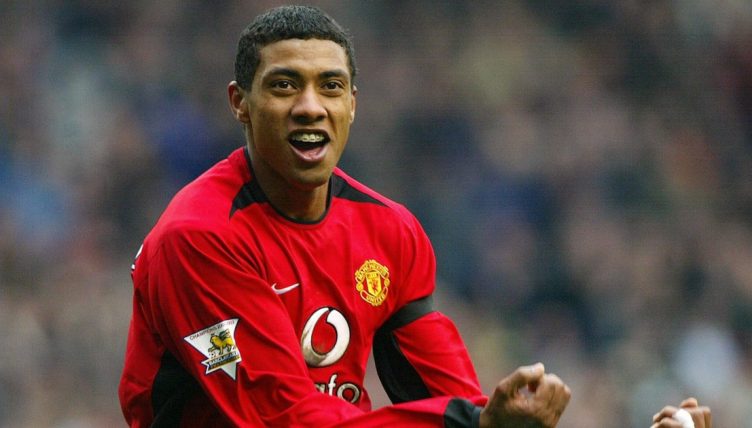 Manchester United have had mixed success in the transfer market in recent years – but how did they fare in the years just before the Glazer takeover?

The Glazer family have been heavily criticised by United supporters ever since immediately saddling the club with £540million worth of debt in 2005.

We’ve looked at the last 11 signings United made before the takeover was completed to see how they fared at the club.

There was a lot of pressure on Rooney’s shoulders when he joined United from Everton in 2004, but the striker certainly managed to live up to expectations at Old Trafford.

He became the club’s all-time top goalscorer with 253 goals and has an honours list that includes five Premier League titles, the FA Cup, the Champions League, three League Cups and the Europa League.

Yeah, he was probably worth the money.

Heinze joined United from PSG in 2004 and enjoyed an impressive debut campaign, winning the Sir Matt Busby Player of the Year award.

But after falling behind Patrice Evra in the pecking order, he tried to join Liverpool and was eventually sold to Real Madrid in 2007.

He also managed to get on the wrong side of Roy Keane during his time at the club and was knocked unconscious by the former United captain.

Smith came up through the academy at Leeds United and controversially crossed the Pennines to join Manchester United in 2004.

He had his moments, but the England international struggled with injuries at Old Trafford and would suffer a horrific broken leg in an FA Cup clash against Liverpool in 2006.

His United career never quite got back on track after that, and he ended up at Newcastle United in 2007.

Pique moved to United from Barcelona as a 17-year-old in 2004 and the defender was tipped for a bright future at Old Trafford.

But he struggled to break up the incredible centre-back partnership between Nemanja Vidic and Rio Ferdinand, making 23 first-team appearances before returning to Barcelona in 2008.

“I grew up a lot there. I am who I am because of the period I had at Manchester United, even though I didn’t play as much as I wanted to,” Pique told the Observer in November 2019.

“But in my position there were two centre-backs who were among the top three in the world at the time.”

Miller joined United on a free transfer upon the expiration of his Celtic contract in 2004, but the highly-rated midfielder made just nine Premier League appearances for the club.

After a loan spell at Leeds United, he signed for Sunderland on a permanent deal in 2006 and linked up with former team-mate Roy Keane.

He tragically passed away aged just 36 in 2018 due to pancreatic cancer.

Fangzhou became the first East Asian player to sign for United when they paid Chinese outfit Dailan Shide £500,000 for his services in 2004.

But United were accused of signing the Chinese forward entirely for global marketing purposes, and he did little to prove people wrong.

He made just one Premier League appearance during his four and a half years at the club, starting up front alongside Ole Gunnar Solskjaer in a dead rubber against Chelsea in 2007.

There has long been a brilliant story that Dong was so embarrassed about his spell at United that he underwent plastic surgery to avoid being recognised on the street. He says it isn’t true, but we choose to believe it anyway.

Saha joined United in a £12.4 million deal in January 2004 following an impressive stint at Fulham.

However, injuries prevented him from consistently producing his best at Old Trafford – and from playing a part in the 2008 Champions League final.

“The Champions League final was the worst moment in my life as a footballer,” Saha told the Manchester United podcast in January 2020.

“The only moment I cried. So you understand what I’m saying. That was how much emotion was going through me.”

The striker still won two league titles and scored 42 goals in 124 appearances before joining Everton in 2008.

A record of 118 goals in 292 appearances was a pretty good return on a £13million investment.

Not to mention the £80million United got for him when selling him to Real Madrid in 2009.

Kleberson arrived at United 12 months after winning the 2002 World Cup with Brazil, and big things were expected of the midfielder.

But he dislocated his shoulder in only his second outing for the club and was offloaded to Besiktas after just two seasons in England.

“At United I had tough moments a lot of the time, I got a lot of injuries and struggled a lot,” Kleberson told the Manchester Evening News in 2019.

“It was a difficult time, and when you see a lot of evaluation from your performance at top teams the criticism can be very high, particularly at United.”

United signed Djemba-Djemba from Ligue 1 club Nantes in 2003 and the Cameroon international was billed as the eventual successor for captain Roy Keane.

It’s fair to say the midfielder failed to justify those comparisons during his 20 Premier League appearances and was sold to Aston Villa in January 2005 for £1.5million.

After struggling to replace Peter Schmeichel, United signed Howard in 2003 and hoped that he would solve their goalkeeping woes.

But he never fully established himself as United’s No.1 and made a crucial mistake against FC Porto in the Champions League in 2004.

The USA international was eventually replaced by Edwin van der Sar and moved to Everton in 2006 in search of regular first-team football.