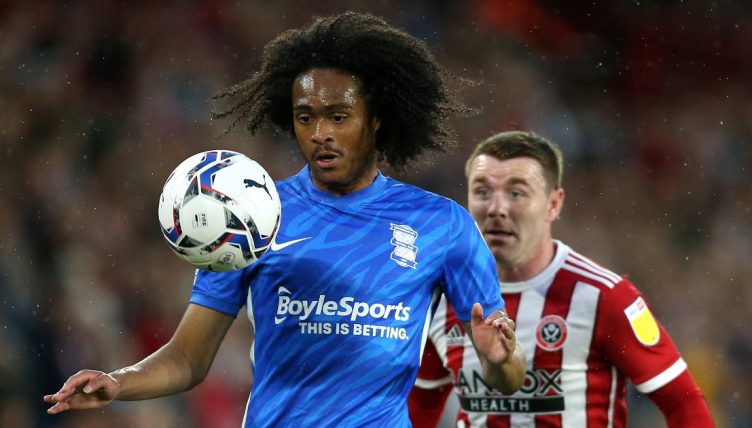 After winning the Jimmy Murphy Young Player of the Year award back in 2019, Manchester United fans may have expected to see a bit more of talented Dutch winger Tahith Chong by now.

The 21-year-old has made 16 first-team appearances for the Red Devils but found himself out on loan with Club Brugge and Werder Bremen last season.

Lee Bowyer and Birmingham City secured a deal to bring Chong to the Championship for the duration of the 2021-22 campaign during the summer transfer window and, on Saturday night, he made his competitive debut in the Blues’ opening game of the new season – a 1-0 win away to Sheffield United.

Having regularly played as a winger throughout his young career, it may have taken a few United fans by surprise to see him line-up in the centre of the field against Sheffield United at Bramall Lane.

However, Bowyer has proven himself to be incredibly astute in the dugout and the big call paid off. Chong was selected as Sky Sports’ man of the match thanks to a brilliant, rounded display.

The academy graduate won eight of his 11 duels in midfield, made seven tackles (five more than any other player on the pitch), gained possession five times and even had three shots on goal.

If he can maintain this type of form, Solskjaer will find it harder and harder to ignore the youngster. He may have limped off with a knock, and Maxime Colin may have scored the winner, but plenty of United and Birmingham fans took to Twitter to praise Chong after full-time.

Everyone‘s been solid, but I just want to highlight Chong’s defensive covering runs. Spots danger very well and looks like he’s got a goal in him too #BCFC

Chong has been unreal 🤩

I think Chong is gonna be a massive player and a big big favorite with the fans this season ..he looks class and looks a real team player too #kro

Chong looked a different class tonight, some player we've got there #bcfc

I already know Chong is gonna be that loan player who breaks your heart when they return to their parent club at the end of the season. BALLER 🔥 #BCFC

Everyone to a man was fantastic. Chong was special, hope it's not a bad injury. Up the Blues! 💙 #BCFC

Excellent Blues 👏💙 Ground out and some really effective team play. Chong looks a sensational asset to the squad. What a great start to the campaign! #keeprighton @bcfc