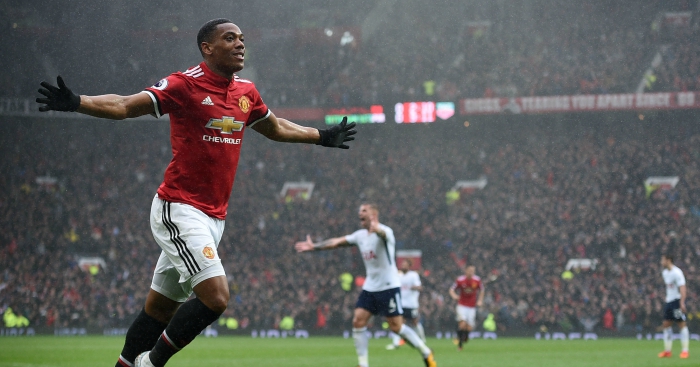 With their victory over Tottenham on Saturday, Manchester United extended their unbeaten run at Old Trafford to 37 matches in all competitions.

Jose Mourinho’s side have not been beaten at home since losing the Manchester derby on September 10 last year. That run is close to entering its 14 month, but is it really as impressive as Mourinho might have you believe?

United have triumphed in 26 of those 37 undefeated matches, and scored four goals or more in 10 of those battles.

The Red Devils have also kept a hugely impressive 21 clean sheets during this streak, but their inability to kill opponents off means Mourinho’s side are the only team with double figures in the draws column on the home side of the Premier League table.

Those draws last season not only ruined a title tilt but also their hopes of finishing in the top four. Three goalless stalemates against Burnley, West Brom and Hull last term cost United six points they would have banked on taking, while seven other sides, including bottom-half dwellers Stoke, Swansea, Burnley and West Ham, secured 1-1 draws.

That left Mourinho looking to make up for 14 missing points that he expected upon the release of the fixtures, and United’s record against the rest of the top six, when a point would usually satisfy the manager, was nowhere near close to compensating.

Last season they beat only Tottenham and Chelsea, while away from home, Mourinho has yet to taste victory against the rest of the top six, with their only points coming from three 0-0 draws. 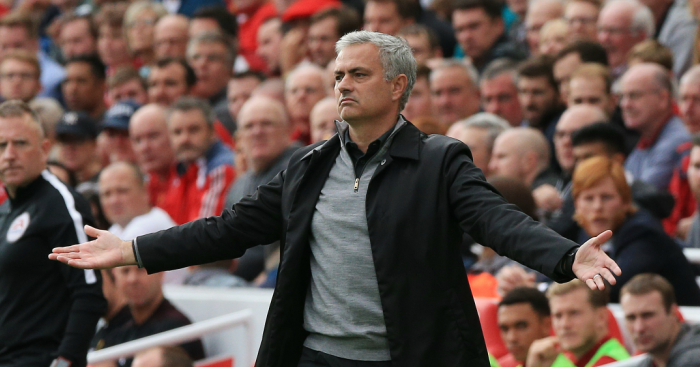 Despite being unbeaten for a longer period – 22 matches in the Premier League – United have claimed fewer home points than anyone else in the top six.

Tottenham and Arsenal have both earned 11 points more than United’s total of 46, while Chelsea have 52 points, Liverpool have amassed 49 points at Anfield and City have a point more. Everton, despite their current woes, have claimed only a point fewer than United while the Red Devils have remained unbeaten at home.

Looking at more specific facets of United’s play, their unbeaten home run has yielded very few stand-out stats. Since losing to City last term, United have conceded the fewest goals of any Premier League team and are behind only Tottenham for clean sheets.

That impressive defensive record comes despite the fact that Manchester City, Liverpool and Tottenham have all faced fewer shots and fewer shots on target. So it makes sense that David De Gea holds the highest saves percentage (82%) of any No.1 in the league.

In attack, six teams have scored more home goals that United since their streak began. United have scored only one goal more than Leicester, while Chelsea still have 20 extra home goals compared to United, even allowing for the Red Devils’ improvement in front of goal this term.

Despite his inability to convince Mourinho that he is worth a consistent run in the starting XI, Anthony Martial is United’s top scorer with six goals throughout their time unbeaten.

But 21 players, including four from City and Liverpool, three from Chelsea and a couple each from Arsenal and Spurs, have scored more home goals in the Premier League than the Frenchman since last September.

Man Utd are now unbeaten in their last 37 home games:

Equalling their run from 2011. pic.twitter.com/8nsIjtbeP2

Of the 23 teams to have competed in the Premier League during United’s run, the Red Devils have attempted the fourth highest number of shots on goal but only six teams have a worse shot conversion rate.

The consolation for United fans is that this season has seen marked improvement in front of goal.

This term, they have already scored almost 60% of the goals they managed last season in just a quarter of the number of games.

That improved strike rate comes from an improvement in efficiency, with Mourinho’s men converting 25% of their shots compared to 11% last season.