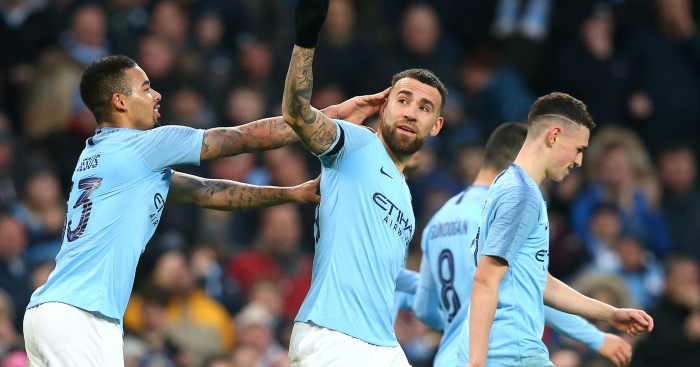 The FA Cup can often act as a great leveller, bringing Premier League teams down to the level of their lower-league opponents.

Alternatively, it can show up the gap for what it really is, with teams like Manchester City showing no mercy towards the team tasked with attempting to stop them in their tracks.

Championship strugglers Rotherham United were the ones given that task in the third round, and their only mistake was thinking they were ever in a contest.

City recorded a massive 23 shots in their 7-0 win, and there were times during the first half when it looked as though they might be able to run the tally up to at least double that.

Seven different players got their name on the scoresheet, including the unfortunate Rotherham defender Semi Ajayi with an own goal, and at times there was a sense someone could have walked in off the street and had a better than 50:50 chance of putting the ball into the Millers’ net.

When City were on the attack, it felt like a game of FIFA on easy mode, controlled by someone who doesn’t even need the advantages afforded them.

Indeed, by the time Phil Foden rolls around, you can see a jaded defence already stung by what has come before – they’ve tried intensity and it hasn’t worked, but their shift to a more relaxed, deeper defending isn’t purely an attempt to try something new in the hope it actually works but rather an attempt to get a breather and retreat into their shell in the hope their opponents take pity on them.

As Kevin De Bruyne and İlkay Gündoğan spread the ball around before the German plays in Foden for the finish, you can almost see the Rotherham defence collectively recoil while screaming “not the face!”

It goes without saying that doing this in the first half is a sign things aren’t exactly going how you’d hoped.

When Ajayi turned into his own net late in the first half, and when Will Vaulks came close to doing the same after Gabriel Jesus had scored City’s fourth, it almost felt like a cry for help.

If we play dead, the Rotherham players felt, maybe they’ll go easy on us.

Unfortunately, they ran into a Manchester City team given a second wind by their midweek victory over Liverpool, and nothing summed up their dominance more than the reaction of visiting goalkeeper Marek Rodák to the sixth hitting the back of the net.

The Czech keeper had just flung himself to his left to keep out a long-range drive, only for Nicolás Otamendi to give him no chance with a towering header from the resulting corner.

As Rodák watches the ball fly past him, he can’t even bring himself to fall to his knees, instead falling back and just sitting in the goalmouth to contemplate his fate. It’s not even despair at the situation but rather disheartenment at having found himself in the situation at all.

It’s the exhaustion of a man regretting getting out of bed in the morning, of hoping he can simply bring his pain to an end by willing it out of existence: even at 100 per cent, he is no match for a City side who will just keep coming again and again and again.

The most painful part was yet to come, with Leroy Sané skipping past a number of defenders before hitting a deflected shot which left Rodák less grasping at thin air and more waving at the ball as it completed its inevitable journey beyond him and into the back of the net.

It served not just as a final punishment, but also as a reminder that the pain would only stop when City decided they’d had enough.

Rotherham’s entire afternoon was just as helpless throughout, from the darting runs behind the lines to the passes across which felt simple for City but impossible to pull off against them.

There comes a point in this sort of game where you just want to pick up the controller and hurl it across the room, assuming the only way to limit City’s power is to walk away.