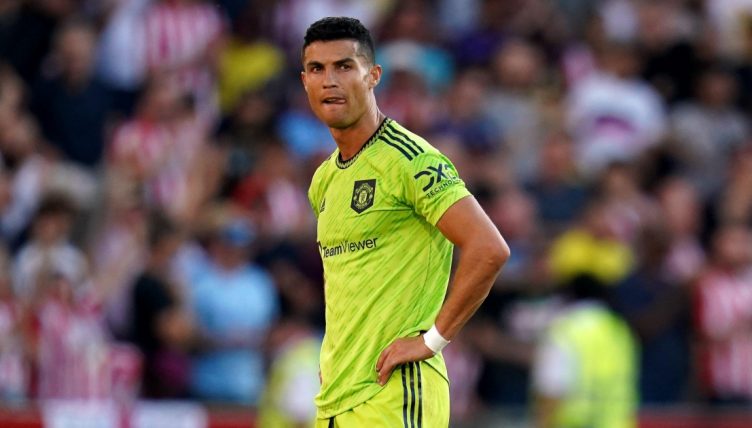 Manchester United suffered yet more humiliation as Brentford stunned the footballing world with a deserved 4-0 victory over the Red Devils.

While United have produced some really poor performances in the last 12 months, nobody expected Brentford to score four first-half goals.

We’ve taken a look at how players, pundits and people on social media reacted to the result.

“It is difficult for me,” he said after the game. “It is always a surprise when you start a game like this.

“After 35 minutes we conceded four goals. This is not possible. The team has to take the responsibility, I feel really sorry for the fans who did everything to support us, we let them down.”

“I think I cost three points to my team,” the goalkeeper said. “It was a poor performance from myself. After the mistake and the second, it was very tough for the team.

“It was a horrible day. Of course we should react better, but I should have saved the first shot, and probably the result would be different.”

– “We are witnessing the annihilation of Manchester United,” Neville said on Sky Sports.

“I thought United would do better but they have been mauled, bullied, messed about with like you wouldn’t believe, and there’s nowhere to hide.

“I have been watching United for 42 years and I can’t think of a moment when I have thought things have been as bad as that in the first half.”

– “Manchester United, these players have proved under three different managers that they don’t work as hard as the teams they are playing against,” he added. “How long have we been saying that hard work beats talent when talent does work hard.

“That Man Utd team don’t run hard enough, they don’t run fast enough, but they are drained of all confidence. They are struggling badly and they have been for 12 months. They’re not being helped and maybe someone would say they don’t deserve help.

“I’ve been in struggling teams and you can see they’re suffering and they need something and that has to come from above. But today was a new low – and it seems like continually Man Utd can surpass their previous lows. When is the lowest low going to come because the realty of it is this is really, really bad.”

It's getting heated on #SNF 🔥 pic.twitter.com/nOEG3b0teW

– “It was unbelievable. I just don’t understand. I can’t put into words. We are just the butt of all jokes now,” he told FIVE.

“We have become an absolute laughing stock. There aren’t even teams below that I can banter. I’m getting ridiculed by Brighton fans, Brentford fans are going to be added to the list now.

“You look at it and say this is not the Manchester United that I once knew. Even if there’s a bit of a fall from grace, but this far? It’s beyond digging out individual players even, it’s just so. It’s mad, we’re not even playing against the top tier in the league.”

“Ten Hag is probably thinking ‘I’ve been sold a dummy here, I didn’t know I was walking into this’. The players are not of the standard that is required – it’s as simple as that. The results tell us that. And it’s not just the results over a month or two, this is over a long time now.”

“That is not just good enough by any stretch of the imagination because you can’t always play great but you can always run around,” Redknapp said after looking at the distance covered stats.

He added: “He [Ten Hag] made mistakes but from the players that started and finished that game, I don’t think I’ve ever seen a more abject performance from a club that I would regard as one of the biggest in the world.” 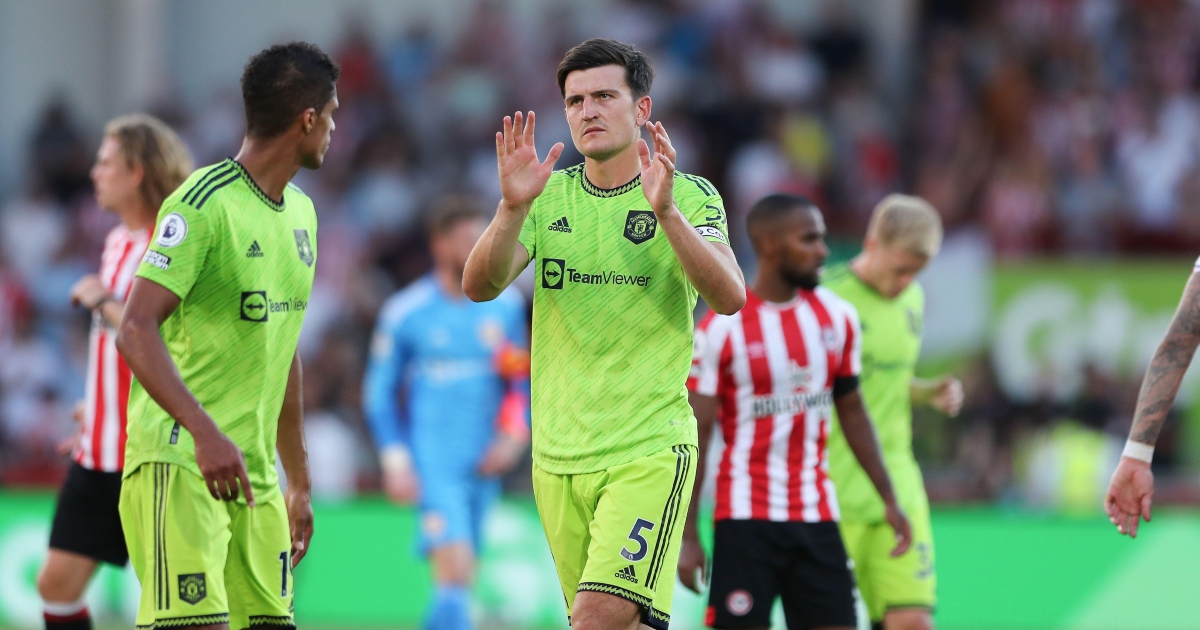 “They made some mistakes and the goals were poor,” Hargreaves said of the United players. “There was no fight to get back into the game, no tackling, no aggression.

“Football at this level is about competition, that’s how you make it. Brentford won every battle today. You’ve got to win the battles.

“It’s a privilege and honour to wear that football shirt. We’ve all been there as players, had terrible games, but you get through it by fighting and competing. Forget about the tactics, it’s about winning your individual battles.

“I was hopeful [we would see a response after Brighton]. I’m tired of being critical and negative. But what can you say? There wasn’t any positives.”

“We don’t normally comment on matches but extraordinary times call for a different approach,” Manchester United Supporters Trust said in a statement after the game.

“What we have witnessed tonight is an embarrassment – no, a humiliation – for Manchester United fans. And yet in many ways it was not a surprise. It feels like the culmination of a long-term direction of travel.

“MUST hold the owners of the Club primarily responsible for this new low in our decade of decline. Sir Alex papered over the cracks, but since 2013 the consequences of our owners has been plain to see.

“On behalf of Manchester United fans everywhere, we demand urgent and radical change. And we as fans – all of us – need to stick together. Fans unity, with one voice aimed at the owners and the club, is needed more than ever right now.”

“What I would say is it was by far the worst performance I’ve seen from any team for 45 minutes,” Cascarino said on talkSPORT.

😱 “It’s the worst performance I've ever seen in 45 minutes.”

“It’s an absolute mess,” Shearer said on Match of the Day. “It’s years of flure, years of mismanagement. A lack of leadership, the recruitment has been terrible.”

“Today was pathetic. I’m flabbergasted watching this,” Richards told Match of the Day when looking back at Brentford’s first goal.

“It was just the basics to be honest. Brentford played well. It was just a basic throw in, Fred makes the decision to go but then allows the space for [Josh] Dasilva to get in that pocket of space and then its a bad mistake from De Gea, which happens in football.”

“This [Brentford] is a well run club, playing 21st century football, well coached with players pulling together and wanting to play for the manager against a club rotten from top to bottom. Rotten, rotten, rotten,” Chapman said.

Welcome to the club 🤝

This. Is. Manchester. United pic.twitter.com/e9bE4LAz9k

This is extraordinary. @ManUtd 4 down in 35 minutes. Not sure this kit will see the light of day ever again.

Imagine being the greatest footballer of all time having to endure playing with this gutless bunch of weak woeful wastrels? Must be torture for @Cristiano – hope he escapes soon. pic.twitter.com/8QbvEdmAEF

Beyond rotten ownership and dismal structure, Ten Hag is complicit. Captaincy should've been reassigned, a defensive midfielder should've been signed, they should've moved on from De Jong and #mufc shouldn't solely go off the manager's recruitment recommendations.

This is an indictment on all that is wrong at #MUFC.

Starting with the Glazers, who take money out of the club rather than invest, leading to recruitment that produces a squad not fit for purpose + no signs it will get any better.

Not only have Glazers drained United of their own money and left top-level facilities to rot, they’ve ensured a culture of mediocrity. Challengers (Mourinho, Butt, Rangnick) have been forced out. Conte overlooked because he might kick off. Top jobs going to internal appointments.

Manchester United's rivals have owners who put money into their clubs. United's ownership model means £1.5bn has been taken out. The money spent on transfers has come from supporters not owners. Supporters want their money spent on the club. Not interest, bank charges & dividends

Mourinho and Solksjaer worked miracles to get those players to second.