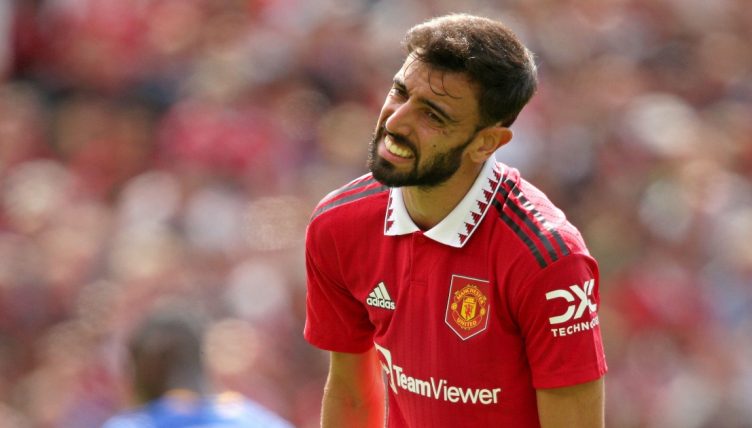 Erik ten Hag’s Manchester United tenure got off to the worst possible start with a 2-1 defeat at home to Brighton on the opening weekend of the Premier League season.

Fans have also become increasingly frustrated with the club’s work in the transfer market and there isn’t much optimism at Old Trafford right now.

We’ve taken a look at what some pundits, journalists and former players have said about their current situation.

– “The decision-making and the footballing intelligence from the midfield – particularly Fred, I’ve been on him for a long time – Fred and [Scott] McTominay, not good enough,” Keane told Sky Sports.

“They won’t get Man United back competing at the top. We see it week in, week out. Not up to it.”

– “There are huge issues going on there, it’s a rebuilding job,” Keane added. “He [Ten Hag] needs time. A really bad start for him today but give the man a chance, give him money, he’s got to recruit.

“He mentioned before the game about the culture, there’s issues obviously upstairs at the club, there’s more protests at the club from the supporters today. So, big, big problems at United.”

– “We shouldn’t be that surprised,” he added. “We’ve spoken about the changes in the team and the personality of the new manager and of course he will need time.

“But I go back to the personalities in the team. The two in the middle of the park, all over the place. See for the goals, [Bruno] Fernandes and [Christian] Eriksen, gaps all over. Out of possession, Man United are as poor as any team in the Premier League.

“I know it’s early days but I’m going back to the habits that they had last year. It’s well and good when you’re in possession, but when you’re out of it, it is just too open.”

“It was a shocking start for United and the first half was shambolic really,” Scholes told Premier League productions. “The signs were there right from the first few minutes that this was going to be bad.

“McTominay was always trying to run with the ball, ridiculous. The quality in the middle of the pitch was really poor.

“I was happy he didn’t get sent off [for a late challenge] but I think he was slightly lucky. Again, he’s running with the ball rather than passing it, absolutely ridiculous.

“It could easily have been a red card. The quality in the middle of the pitch was nowhere near good enough but we’ve seen that for the last few years with these two players.

“With Fred and McTominay, he [Ten Hag] is going to have to play just one of them [going forward] but even one of them is probably too many.

“Fred gives the ball away all the time and McTominay’s trying to run with the ball constantly and then gives it away. Pass it to your best players! It’s not that difficult. It’s criminal on a day like today.”

– “They are the easiest team to play against in the league – that’s a massive worry,” Neville told Sky Sports. “The openness of them is unbelievable.”

– “It will have been a shock to him [Ten Hag] after a promising pre-season. But anyone who has watched those Manchester United players he has been handed will recognise that is a familiar performance and the people above him should have known that was an unacceptable situation to hand Erik ten Hag that squad.

“It needed improving more than it has been. There is still time in the window but he needed three or four weeks more to work with them.

“Every new coach comes in thinking they can do better than the last coach with the players at his disposal as they believe they are a better coach and that is probably the case with this. But the reality is, he’s seen what those players are today.”

“And I’ve actually got to the point where I’m not going to have a go at the players anymore because if you’ve got a business and the people who are working in the business can’t do the job for you then you remove them from those jobs.”

“It’s actually abuse to keep them doing the jobs for longer because, to be fair, they don’t enjoy it either. The reality is, those players either need replacing or supported more with better players.”

“The best player for me today was [Moises] Caicedo for Brighton,” Carney said on Sky Sports. “Why can Brighton find a player like that and why can’t Manchester United?

“That’s exactly who they need and they can’t find gems and add them to their team. I think that’s poor in itself, the recruitment.”

“The manager had a good career at Ajax but managing Ajax and managing Man United are worlds apart,” he told talkSPORT. “Ajax have always been a top team in Holland, always will be and if they don’t win it they finish second.

“He’s coming to Man United at a very difficult period in their history. [People will say have] patience and give him time but when you’re a manager time is not your friend.

“You look to make an immediate impact and how do you do that? Unless you’ve got a Class of 92 coming through which they haven’t got you then have to go out and buy players and they’ve not made game-changing signings so far.”

"I'm not satisfied, totally not" 😤

Erik ten Hag says today's defeat was a 'real disappointment' and it will take time to get Man Utd back on top… pic.twitter.com/Z3ygzSmWwE

“The Glazers have to understand that they’ve got to put football first at this club and not their own dividends,” he told talkSPORT. “They’ve got to think of a long-term strategy for the club.

“The fact that they are now flirting with Marko Arautovic, who has got certain issues around him, he’s 33 and towards the tail end of his career. Do they necessarily want to bring him in?

“City started [Erling] Haaland, Liverpool brought [Darwin] Nunez on and United started with Eriksen, who is a fantastic No.10 and can arguably play deeper as he showed towards the end of the game, but he’s not a false nine.

“And then they brought on a 37-year-old [Cristiano] Ronaldo, who is a fantastic player but he’s not the future of Manchester United so it’s pretty shambolic there.”

“In case any supporters had their memories erased by the arrival of Ten Hag and by some pleasant summer kickabouts, this was a grisly reminder of just how stunningly mediocre this United squad has become,” he wrote in The Daly Mirror.