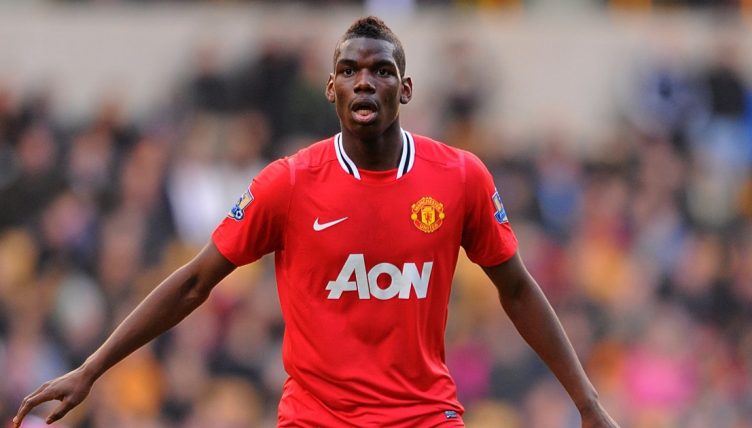 Paul Pogba first showed his mesmerising talent to the world when he made his debut for Juventus against Shakhtar Donetsk in 2012. Since then, it has been a career jam-packed with trophy wins for the French star.

But just months before gracing Europe’s elite competition, Pogba was playing for Manchester United’s reserve team in an entertaining 6-3 victory against Newcastle United.

Pogba returned to Old Trafford as a club-record signing in 2016, spending six more years there before going back to Juventus again in July 2022.

But what became of his old team-mates from the youth set-up at United? Unsurprisingly, not all have gone on to enjoy such illustrious careers in the game.

Johnstone failed to make a first-team appearance at Old Trafford and was shipped on loan to no fewer than seven teams – including Preston North End and Aston Villa – before he secured a permanent move to West Brom in 2018.

As first-choice goalkeeper for the Baggies in 2020-21, he was a standout performer in both the Championship and Premier League and, in July 2022, he moved back up to the Premier League with Crystal Palace.

Johnstone’s consistently impressive displays at West Brom saw him earn a spot in Gareth Southgate’s 26-man squad for the rescheduled UEFA Euro 2020. He kept a clean sheet on his senior England debut in a pre-tournament friendly against Romania, making one outrageous save.

This Sam Johnstone save can be filed under: “How’s he done that?!”

Belgian full-back Marnick Vermijl moved to United from Standard Liege ahead of the 2010-11 season.

There were high hopes Vermijl would break into the first-team fold as United only had Rafael de Silva on the books as a recognised right-back at the time.

However, at 22, Vermijl joined Dutch side NEC on loan. This was the start of the end of his prospects of being a United player as he joined Sheffield Wednesday on a permanent deal in 2015.

After a spell in the Netherlands with MVV Maastricht, he moved back to Belgium and joined Thes Sport in 2020.

Michael Keane had loan spells with Leicester City, Derby County and Blackburn Rovers before Sean Dyche secured the services of the centre-back permanently for Burnley in 2014.

Whilst he struggled to find his feet at United, his career sky-rocketed with the Clarets. His performances eventually earned him a £30million transfer to Everton in the summer of 2017.

Not long after Keane’s move to Merseyside, Rio Ferdinand sung the praises of the then 24-year-old.

“He never blames others, which is refreshing because not all the younger generation of players are like that,” Ferdinand said.

“Michael is a throwback – and other youngsters should look at him for inspiration.”

Keane has also racked up 12 England caps to date. However, in recent times his performances for Everton have been criticised, and he has been cast aside from Gareth Southgate’s plans for the moment.

Zeki Fryers appeared sporadically for United’s first team – his most memorable appearance coming in a League Cup win over Leeds United in 2011.

Despite showing signs of promise, Fryers left United in 2012.

After spending the summer training with Spurs, he joined Standard Liege as United and Spurs could not agree on a compensation package.

But the defender moved back to Tottenham just six months later in what Sir Alex Ferguson called a “blatant manipulation” of rules around compesation.

Fryers never established himself at Premier League level however and in the summer of 2022 he signed for Macclesfield, a phoenix club set up in October 2020 after the demise of Macclesfield Town.

The Belgian signed for the Red Devils from Stoke City in January 2009 and went on to register six first-team appearances at United in his three and a half years at the club.

He is a forgotten man in that group of players who achieved the impossible in 2016. But De Laet started the first seven games of Leicester’s historic title-winning campaign before losing his place to Danny Simpson.

The 33-year-old now plays for his hometown club Royal Antwerp, who play in the Belgian Pro League.

Michele Fornasier didn’t make a first-team appearance for United. The Italian defender, who moved to the Red Devils academy from Fiorentina in 2009, spent four years at the club before moving to Sampdoria on a free transfer.

The World Cup winner had to temporarily depart Old Trafford to secure first-team football at Juventus.

Pogba describes the moment he made his decision to take on a new challenge in 2012 thus: “I told Ferguson I was ready to play. He put Rafael in midfield with Park versus Blackburn. Then I gave up.”

During four seasons at Juventus, Pogba then turned into one of the best midfielders in the world and United splashed out almost £90million to take him back to Old Trafford in 2016.

While he showed undoubted glimpses of his immense talent during his second spell at United, though, he never really made the impact expected of him.

In July 2022, his United contract expired and Pogba joined Juventus (again) on a free transfer (again). Some things just aren’t meant to be.

Highly rated at United’s academy, the local lad from Greater Manchester was awarded Youth Player of the Season in 2011 – he beat Pogba to the accolade.

It’s fair to say he never quite lived up to expectations as he struggled to break into Alex Ferguson’s side. He was eventually sold to Fulham in 2014 under the stewardship of former United coach Rene Meulensteen – a move which didn’t work out for the midfielder.

Tunnicliffe now plays for Portsmouth in the third tier of English football. 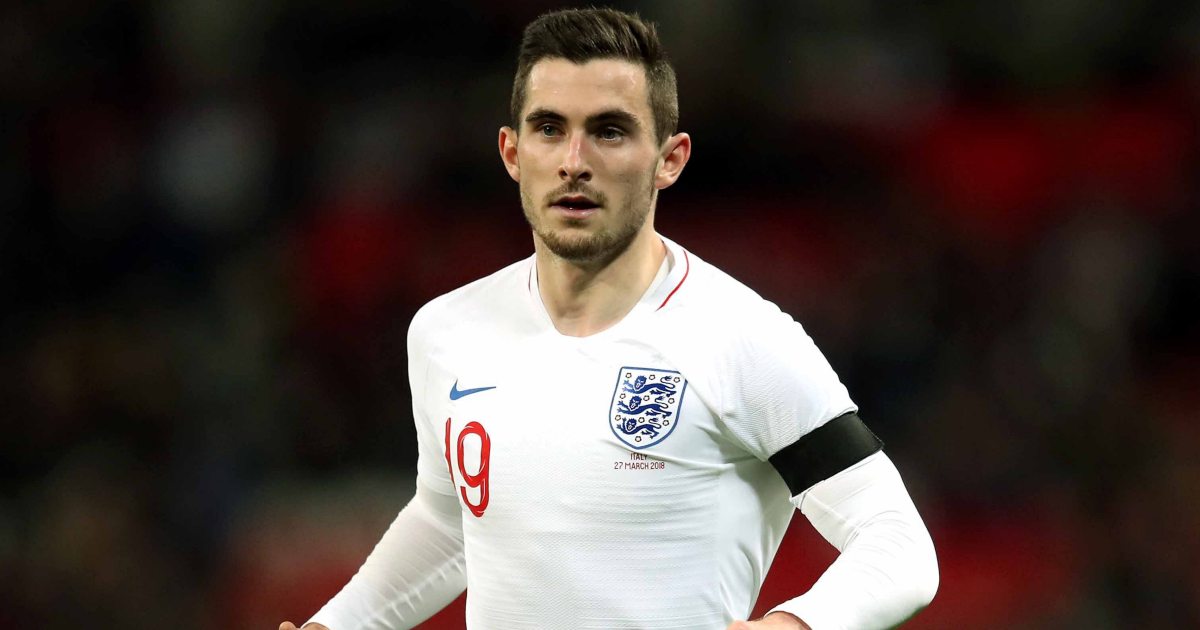 READ: 5 footballers whose families placed long-term bets on their success

Davide Petrucci joined United from Roma as a teenager in 2008 and spent six years in Manchester. He made a Champions League matchday squad but was unable to register a first-team appearance at the club.

The 30-year-old currently plays in Israel for Hapoel Be’er Sheva.

No relation to Andy, but Larnell Cole was still rated as a potential first-team star at United. He made his debut in the club’s League Cup triumph over Leeds United in 2011 – gracing the Old Trafford turf with fellow youth team-mate Zeki Fryers.

It was never going to be a simple task for Cole to break into a squad with such attacking riches, and so it proved as the forward eventually joined Fulham in 2014.

Since then, Cole has unfortunately struggled to showcase the talent he demonstrated as a teenager. After a spell in the English non-league system with FC United of Manchester and Radcliffe Borough, Cole joined Cymru Premier side Flint Town in the summer of 2022.

Tom Thorpe saw his hopes of a United career hampered by injuries. In his first appearance on loan at Birmingham City, his chance to shine was cut short when he suffered knee ligament damage after just 14 minutes.

Thorpe eventually left United in 2015, joining Rotherham. Seven years on, he is without a club as far as we’re aware.

Apart from Pogba – and potentially Michael Keane – Jesse Lingard’s name is one which stands out most from the reserve team that dismantled Newcastle almost a decade ago.

Lingard went to become an important squad player at United and a fully-fledged England international.

Arguably his best moment for the Red Devils came in the 2016 FA Cup final – he scored the winning goal at Wembley for Louis Van Gaal’s men against Crystal Palace.

He left United at the expiry of his contract in 2022 and is now looking for a new club.

Tyler Blackett also enjoyed some happy memories in a United shirt. He was given his chance in the first-team by Van Gaal and delivered some outstanding displays in defence.

His time at the club ended in 2016, at 23, with the lure of regular first-team football at Reading too good to turn down. He now plays in MLS with FC Cincinnati.

At one point, many considered Will Keane as a superior prospect to Marcus Rashford. Keane made his United bow in 2011, coming on as a late substitute in a 3-2 Premier League loss against Blackburn Rovers.

Yet injuries plagued his progress. Like so many in this team, loan spells didn’t work in his favour. After four stints at EFL clubs – including Wigan Athletic and Queens Park Rangers – Keane moved permanently to Hull City in 2016.

The Stockport-born forward has been at Wigan since 2020 – the first club United loaned him to back in 2013. 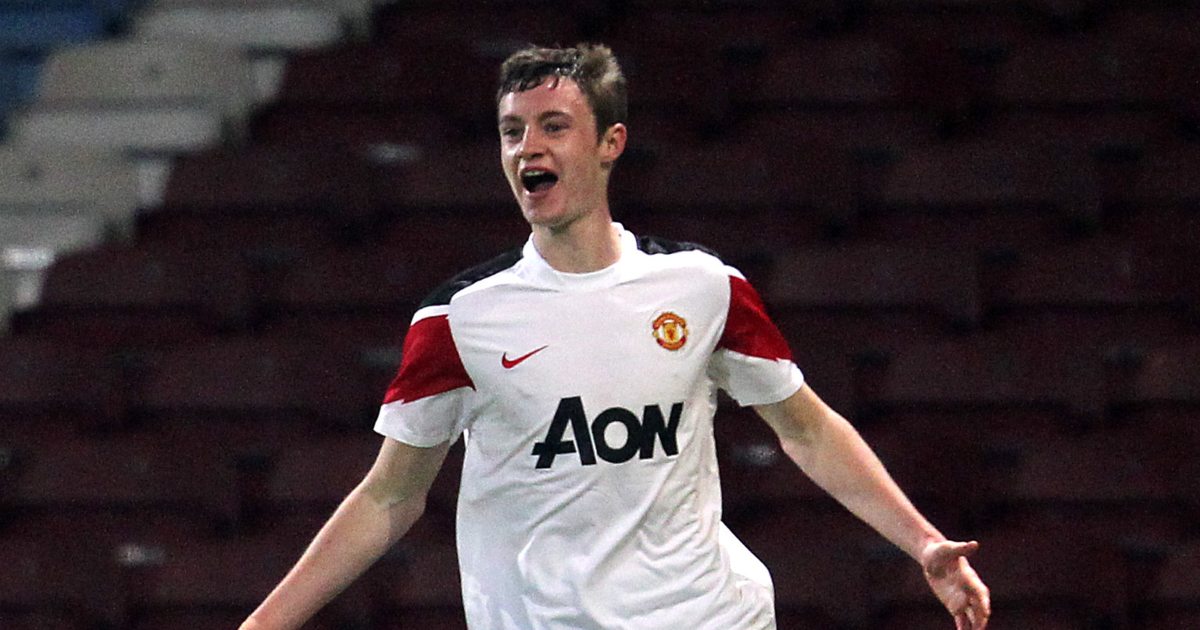