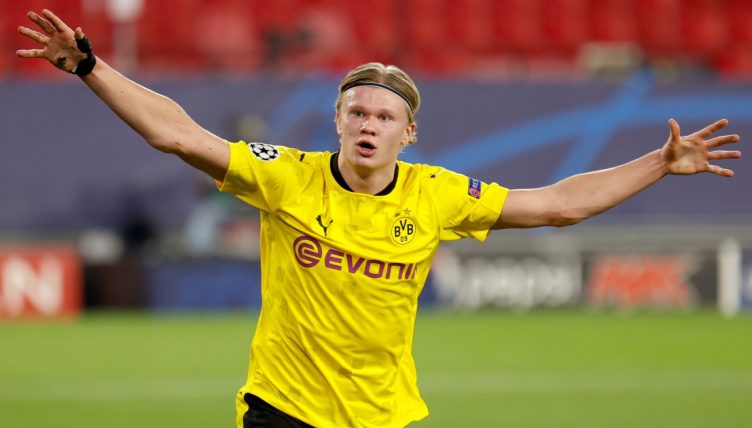 According to reports, Christian Eriksen could soon reject Manchester United in favour of signing a contract at Brentford – something that would mark a new low in the club’s recent history.

The Denmark international is said to be choosing between offers from the two clubs, with some suggestions that he’s leaning towards staying with Thomas Frank’s Bees.

“That’s why Dividends have to stop for a period,” Gary Neville tweeted in response to a report suggesting Eriksen may not arrive.

“Every penny has to go back into the club until it becomes attractive again. The club has become a graveyard for players.

“Culturally for owners to take money out of a poorly performing business is demoralising!”

Ferguson left Manchester after establishing himself as one of the greatest managers of all time, winning 13 Premier League titles and two Champions Leagues in 26 years, but it’s been downhill for the club ever since.

United have mostly struggled since his departure, with a number of managers failing to bring glory back to the club in spite of heavy spending. It is now five years since their last trophy.

Their recruitment has come under particular criticism, as despite spending a hefty amount of money on new arrivals, the vast majority of signings have been disappointing.

Old Trafford was once one of the Premier destinations for world-class talent, but the lack of success and mismanagement has meant that some top players have rejected a move to United in favour of a better offer in recent years.

We’ve picked out nine players who chose not to join the Red Devils since Ferguson left the club in the summer of 2013.

When Gareth Bale was set to leave Tottenham in 2013, there was only one destination he was ever going to end up at and that was Real Madrid.

However, that didn’t stop others from trying, and upon his arrival at the club, David Moyes wanted the Welsh superstar to be his first signing.

United offered more money than Real Madrid, but even the lure of playing with compatriot Ryan Giggs wasn’t enough to convince Bale, and he made a world-record move to the Santiago Bernabeu.

“I wanted Gareth Bale to be my first signing at Manchester United. But it was already down the road a bit with Real Madrid. I tried to hijack it. I tried to get him,” Moyes stated in 2020.

“We did everything we could to try and get the player,” Moyes added.

“We even had a helicopter at the training ground to take him and bring him back. We thought we had a chance. But he chose Real Madrid and he made a brilliant decision because he went on to win four Champions Leagues. He’s had a brilliant career.” 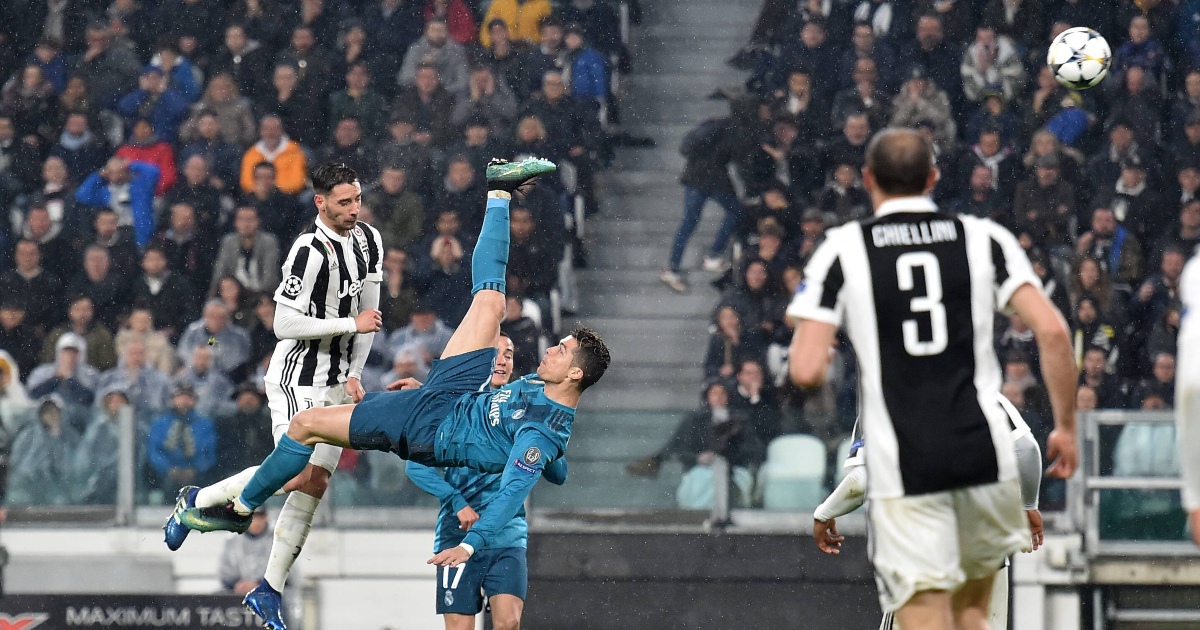 READ: 21 of the best bicycle kicks of all time: Ronaldo, Rooney, Bale…

The Senegal star was integral to Liverpool’s success since joining from Southampton in 2016, but things could have been very different, as he revealed that he nearly joined Manchester United instead.

“The right coach for me, and I think it’s better that I go to Liverpool. For me I think it was the right time as well. I said, ‘I am going to Liverpool.’

Mane scored over 100 goals for Liverpool since, so it’s safe to say United missed out with this one.

Dimitri Payet was the king of east London during his magical spell at West Ham United, but forced a move away in January 2017, ruining his legacy at the club to eventually rejoin Olympique Marseille.

Manchester United came in for the supremely talented playmaker when it was revealed that he had handed in a transfer request, but Jose Mourinho’s side were unable to land the Frenchman.

“I’m not someone who lives with regrets. I made a choice, which was just as much related to football as it was to family, to come back to Marseille,” Payet recently told RMC Sport.

“There were other clubs, big clubs. There were Manchester United and others. It was a personal and family choice. I think it was the best for me and my family.”

The 35-year-old is still balling out in Europe, and could certainly have provided a quality boost at United for a while. 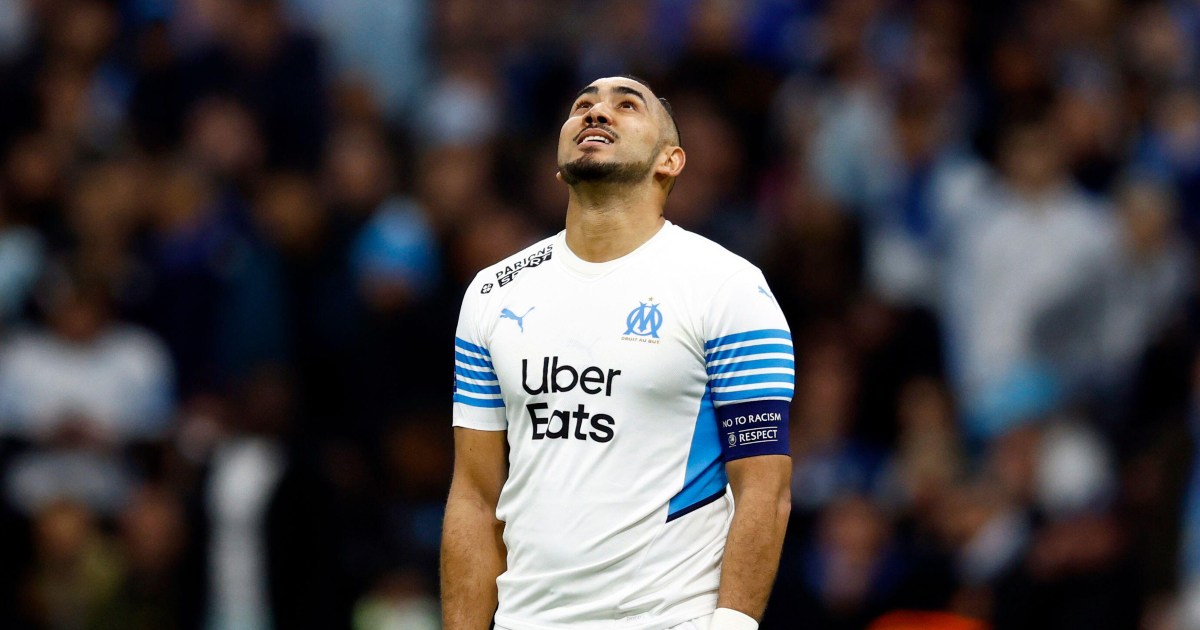 READ: Dimitri Payet is a football wizard and his golazos arrive when they mean to

Just two seasons after his big-money return to Barcelona from Arsenal, Spanish midfield star Cesc Fabregas was unhappy at his boyhood club, and was heavily linked with a move to Manchester United.

However, Fabregas wanted to give his Barcelona career more of a chance and chose to stay for one more season instead of joining David Moyes at United.

He did eventually leave, going to Chelsea and winning two Premier League titles, so it all worked out well for everyone… except United.

Mourinho had just strengthened his squad with the additions of Paul Pogba, Zlatan Ibrahimovic and Henrikh Mkhitaryan, but wanted Kante to partner Pogba in midfield.

Kante opted for Chelsea and hasn’t looked back.

“It was amazing to have Mourinho call me, even though I’d been warned before how he would appeal to me,” Kante stated in 2016.

“I listened to his arguments about why I should move to United. But at that time I was hesitant between staying at Leicester or leaving for Chelsea.

“My discussions with them were already well underway. But when I spoke, I had a good feeling with Conte.”

With the current team United desperate for a central midfielder, this is arguably one that they regret the most.

The English teenage sensation is currently lighting up the Bundesliga with Borussia Dortmund, who he joined in 2020 from Birmingham City, but United were one of many other clubs lining up for his signature.

The 18-year-old was even given a tour of United’s Carrington training ground, but he had his heart set on Dortmund.

“Well, you know, Man United have a great squad but my decision had nothing to do with Man United,” Bellingham told The Telegraph in 2020.

“I was so focused and so happy with the interest from Dortmund that this became my first choice. For me, it was Borussia Dortmund and that’s it.

“When you find somewhere that’s the best place to be, you kind of ignore everything else, you know what I mean?”

There’s nothing to rule out United moving for Bellingham in the future, and the presence of his England and ex-Dortmund team-mate Jadon Sancho could be the key difference next time.

The Spain striker, who joined Chelsea for around £55million in 2017, turned down an offer from Manchester United, who signed Romelu Lukaku in the same summer instead.

Neither signing worked out, and both left their respective clubs.

United have many regrets in recent years. This is not one of them.

Manchester United’s dithering in the transfer window cost them yet another move, as their scattergun approach to transfers meant that a deal to sign Pedro had been agreed, then thrown out of the window.

The Barcelona star joined Chelsea in 2017 for around £22million, and fared pretty well before leaving in 2020.

“I had offers from other English clubs – Manchester United, City and Chelsea, who were the club that more rapidly resolved my transfer and the one that showed more interest in me,” the winger stated at his Barcelona farewell press conference.

“I’m very happy to be at Chelsea because it’s a club that, like Barca, are fighting for titles. But I haven’t gone to Chelsea just to work under Mourinho, but also because London attracts me as a city and I have friends at Chelsea.”

All valid reasons, but Pedro could have added a spark in attack which had been lacking at Old Trafford.

The Norway striker joined Dortmund in January 2020 from FC Red Bull Salzburg but could have joined United at the time.

Ole Gunnar Solskjaer, who was a Norway international striker in his playing days, was Manchester United manager and attempted to convince Haaland to choose them over Dortmund.

“I chose Dortmund because my feeling was best here,” Haaland stated when asked about rejecting United in 2020.

“It’s a massive club. I’ve always liked this club. When I mention it, I start to smile because I like the club and how it is, so that’s why. I like everything, all of it.”

Imagine where United would be now if they had landed him at the time… Instead, he’ll be plying his trade in the blue half of Manchester next season. Ouch. 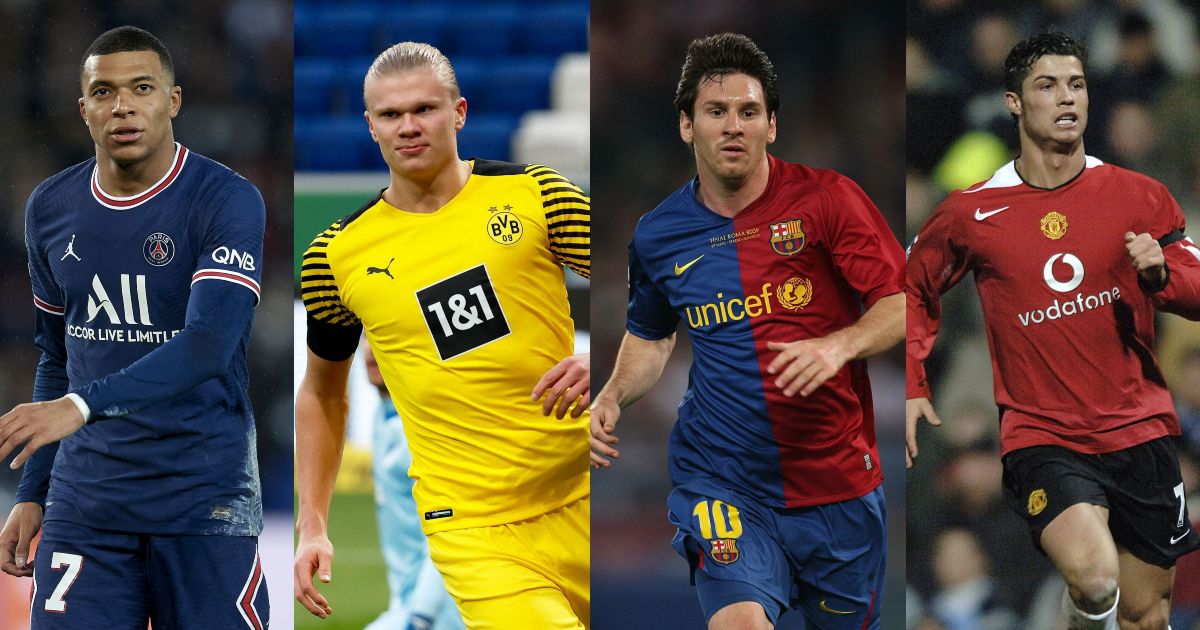 READ: Comparing Haaland and Mbappe’s records to Messi and Ronaldo’s at 21

Sam Johnstone next? Seven players who had a second spell at Man Utd