Ranking every player to wear Man Utd’s No.6 shirt in the PL era 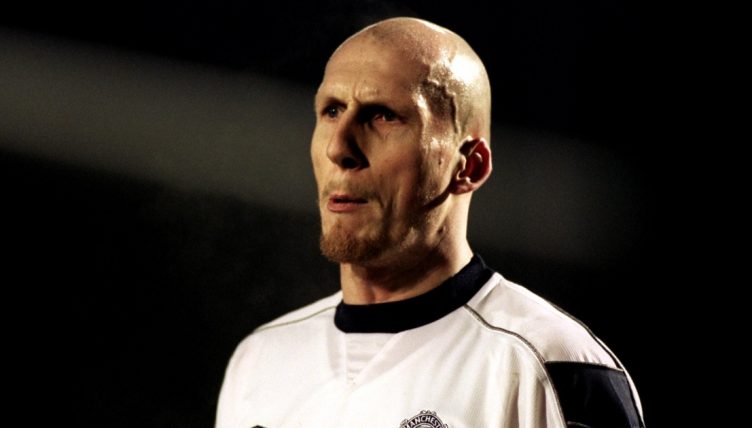 Lisandro Martinez is the latest player to wear Manchester United‘s No.6 – but how have the previous incumbents of the shirt fared?

Martinez will be just the eighth player to wear it since the Premier League introduced official squad numbers for the 1993-94 season.

We’ve ranked every player to wear the No.6 shirt for United from worst to best.

Blanc joined United on a free transfer in 2001, but the then-35-year-old was already in the twilight stages of his glittering career.

He struggled to adapt to the pace of English football and was given the runaround by a few Premier League strikers during his first few months at Old Trafford.

United shipped 32 goals during the centre-back’s 29 Premer League appearances in 2001-02 as they relinquished the title and finished third.

But Blanc did play a key role in one of United’s most iconic comeback victories, scoring their second goal in a 5-3 win over Tottenham at White Hart Lane in September 2001.

The former France international even turned things around and helped United reclaim the crown in 2002-03, although that came after his switch to the No.5 shirt.

While Ferdinand is undoubtedly the best player to ever wear United’s No.5 shirt, he has to settle for a sixth-place finish in our No.6 ranking.

The centre-back initially wore United’s No.6 following his £29.1million move from Leeds in 2002 as Blanc had already taken his favourite number.

Despite struggling with a few injury problems in his debut season, he still helped shore up the defence and made 28 appearances as United lifted the Premier League trophy.

The former England international then changed his shirt number following Blanc’s retirement in 2003 and the rest, as they say, is history. 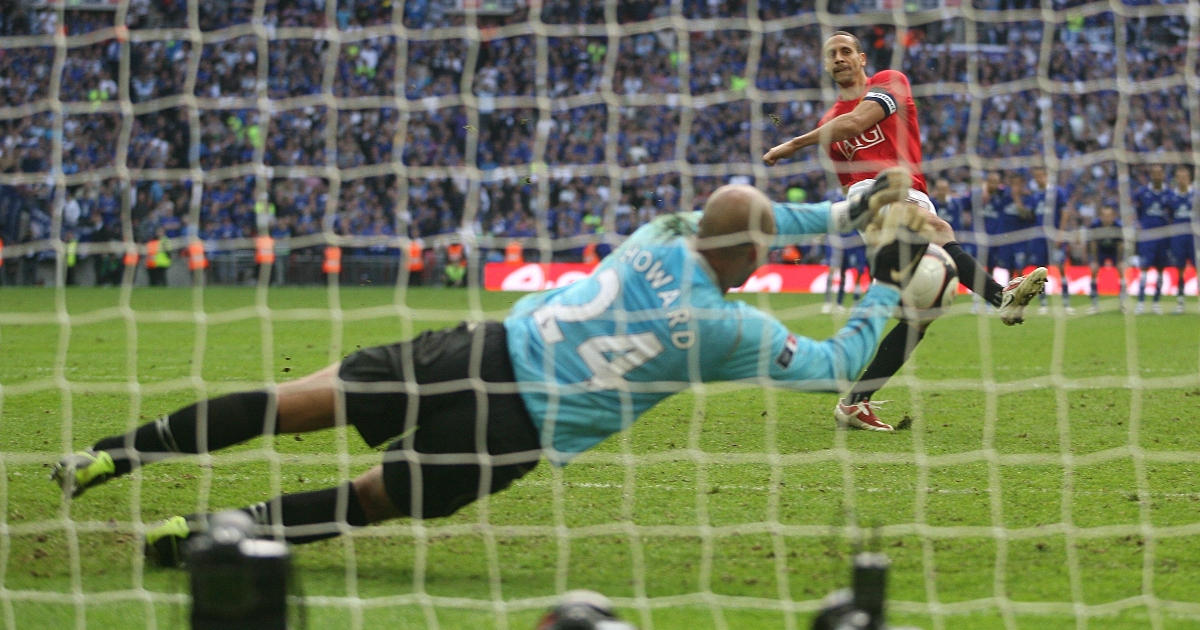 After coming through United’s academy and wearing the No.43 and the No.23, Evans switched to the No.6 shirt ahead of the 2011-12 season.

The Northern Ireland international then capitalised on Nemanja Vidic’s injury problems and formed an impressive partnership with Ferdinand.

He went on to enjoy his best-ever season at United in 2012-13, making 30 appearances in all competitions as they won a 20th league title.

But the centre-back international struggled after Ferguson’s retirement at the end of that season and was sold to West Bromwich Albion for just £6million in 2015.

The only midfielder on this list, Pogba took the No.6 shirt after returning to United in an £89million deal in the summer of 2016.

He enjoyed an impressive debut season in 2016-17, helping Jose Mourinho’s side lift the League Cup and scoring in the Europa League final win over Ajax.

But that was about as good as it got for the France international, who failed to win a trophy at club level during his final five seasons at Old Trafford.

“You have to be honest, the last five seasons have not satisfied me – really not at all,” Pogba said in 2022. “This year it is dead, we won’t win anything.”

He still produced some moments of magic and scored twice in a 3-2 win over Manchester City but that wasn’t enough to justify his price tag.

The 29-year-old eventually became a much-maligned figure at United and was even booed by home fans during his final game at Old Trafford.

Admittedly, Pogba is more talented than some of the players above him on this list, but he failed to showcase that undoubted ability on a consistent basis.

One of the most underrated players in United’s history, Brown got the No.6 shirt ahead of 2003-04 and had a difficult start to that season before silencing any critics with a man-of-the-match performance against Arsenal in the FA Cup semi-final.

He lost his place in the side following Nemanja Vidic’s arrival but established himself as United’s first-choice right-back in 2007-08 and enjoyed a brilliant season that finished with him registering an assist in the Champions League final.

The defender then started to struggle with injury problems and decided to join Sunderland in 2011, having made 239 appearances during his eight years in United’s No.6 shirt.

One of the most reliable defenders to have played for this great club. Biggest & Best memory I have of him was this beautiful assist to Cristiano Ronaldo as we went 1-0 up v Chelsea in the 2008 Champions League Final.

The first United player to be officially assigned the No.6 shirt, Pallister had already won a Premier League title and the PFA Players’ Player of the Year award before the start of the 1993-94 season.

But he refused to rest on his laurels and was key to United’s success, winning another three league titles and two FA Cups before returning to former club Middlesbrough in 1998

The centre-back, who developed an iconic partnership with Steve Bruce, also came up with some important goals for United, including a brace in a 3-1 win against Liverpool in April 1997.

#OnThisDay 1997
A Gary Pallister double in front of The Kop helped Manchester United to a 3-1 win against Liverpool.

United would go on to wrap up the title by 7 points #MUFC #LIVMUN pic.twitter.com/J5c2qHJK5K

Stam was always going to come out on top here and it’s not because he still scares the living daylights out of us. Although that was one of the reasons.

The centre-back replaced Pallister at the heart of United’s defence in 1998 and quickly established himself as one of the hardest bastards to ever play in the Premier League.

He made 127 appearances for the club, helping them win three successive Premier League titles and the famous treble of 1999.

“When I think of disappointments, obviously Jaap Stam was always a disappointment to me, I made a bad decision there,” Ferguson later admitted in 2013.

Forget about all of Stam’s trophies and individual awards, the fact that Ferguson actually admitted his mistake speaks volumes.

Can you name Manchester United’s XI from Rio Ferdinand’s debut, 2002?