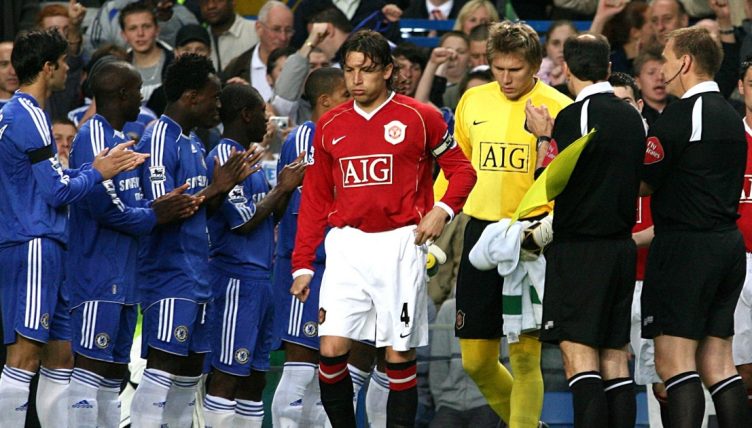 Ferguson, who was often an evil genius as much as he was a managerial one, went to Stamford Bridge and opted to field an XI almost entirely made up of obscure, fringe reserve players.

That meant the Chelsea players had to give a guard of honour to some players who had never even made a Premier League appearance, and who have since faded into obscurity.

The match played out to a boring 0-0, but where are the 11 players Ferguson started, along with the two players he subbed on, now? We trawled through the depths of the record books to find out.

Kuszczak spent five years at United, where he was part of a prolonged battle with Ben Foster to play as back-up to Edwin van der Sar.

This was one of his 26 league appearances for the Red Devils, and he kept a clean sheet. The BBC match report said he “was erratic, but made several saves.”

In a recent interview with United’s podcast, the goalkeeper, who retired in 2019 after four years at Birmingham City, said he always craved the United number one spot.

“I didn’t get what I really wanted. I wanted to be goalkeeper number one for Manchester United, but I respected that, because Edwin was a fantastic goalkeeper,” Kuszczak said.

“If I had to lose against someone, or be stopped from getting the number one, it would be by a guy like Edwin.”

Not much you can do when you have a goalkeeper like that in front of you. The Champions League winners medal and three Premier League ones probably helped make up for it.

You’ve probably recalled most of the names on this list. Lee? almost certainly not.

But the midfielder won the Denzil Haroun Reserve Team Player of the Year in 2006-07 and also made an on-the-line clearance against Chelsea.

He’s also the only player from this team still playing football as the 33-year-old is roaming the midfield for Bolton.

Brown might well be one of United’s most underrated players of all time. He played wherever he was needed and did whatever the circumstances demanded of him.

How many other players who were predominantly centre-backs have assisted a goal in a Champions League final from right back?

After seeing out his playing career at Sunderland, Blackburn and Kerala Blasters, he now predominantly works on United’s club’s TV channel MUTV.

Another underrated United player, O’Shea made nearly 400 appearances under Ferguson and seemingly played everywhere at least once for the club.

That includes in goal, where he played in net against Tottenham in 2007 after Van der Sar got injured and United had no substitutions left.

The former Republic of Ireland international, who earned over 100 caps for his country, retired at Reading at the end of 2018-19. He then returned to the Championship side in a coaching capacity before leaving the role in 2021. 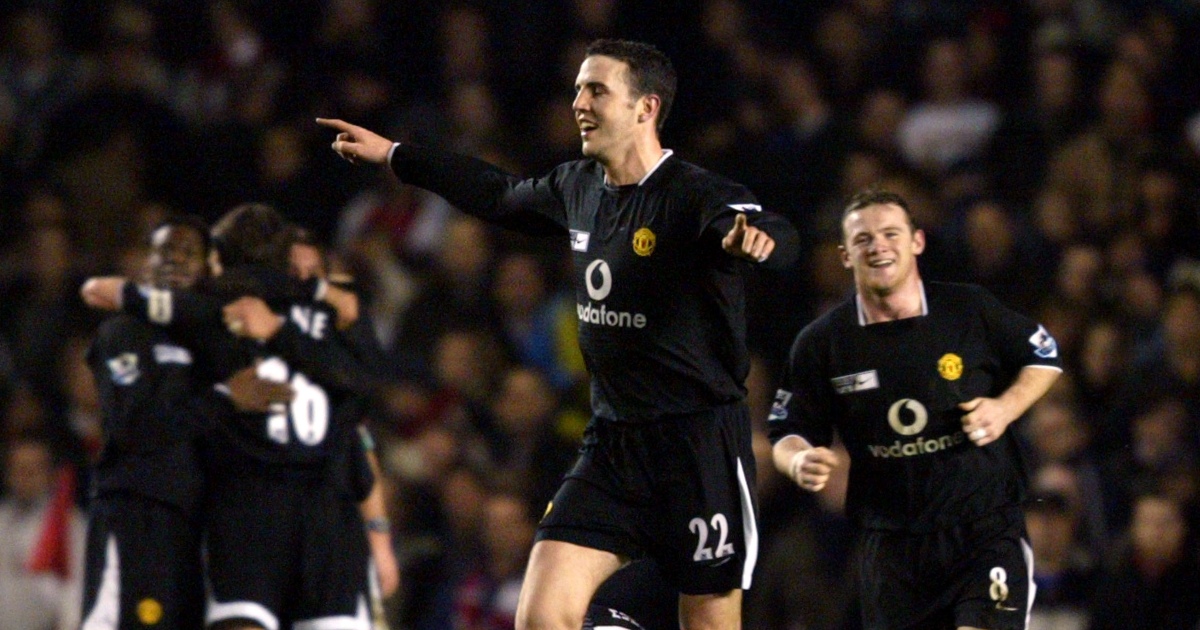 Heinze spent three years at Old Trafford and even won the 2005 Sir Matt Busby Player of the Year aways, but he isn’t too well thought of nowadays.

That’s predominantly down to the fact he tried to engineer a move to Liverpool the summer after this match against Chelsea after becoming frustrated with his lack of game time.

The former Argentina international, who retired in 2014, became Atlanta United manager in 2020 but was sacked by the MLS side a few months later after winning just two games in 13.

He didn’t leave a happy camp behind him, especially considering he reportedly told his players to limit how much water they drank. Interesting strategy.

Carrick… well, you know all about him.

Eagles looked set for a big future at Old Trafford after he came off the bench to score in a 4-2 win over Everton in April 2007.

But that was as good as it got for his time at United, and he embarked on a ‘who’s who’ tour of the English football league. Burnley, Bolton, and Charlton were just some of the many clubs he played for.

After 15 months out of the game, he signed a one-year deal with League Two side Oldham in 2019 but lasted just six months before mutually terminating his contract.

Chelsea (A) will always remind of the time Sir Alex Ferguson made John Terry and his team mates give United’s reserves a guard of honour… pic.twitter.com/uVcL3tfANP

Fletcher was a Ferguson favourite. Scottish? Check. Happy to play anywhere? Check. Would give his all on the pitch? Check.

His United career was brought to an early end due to his battle with an illness that restricted his availability and ability to play at the top level. The midfielder still had spells at West Brom and Stoke City before retiring in 2019.

The 38-year-old is now back at Old Trafford as a technical director and helps develop academy talent for the first team.

United fans will only smile about a few things these days, but stealing a player from Leeds? That will make any of them look like a Chesire Cat. 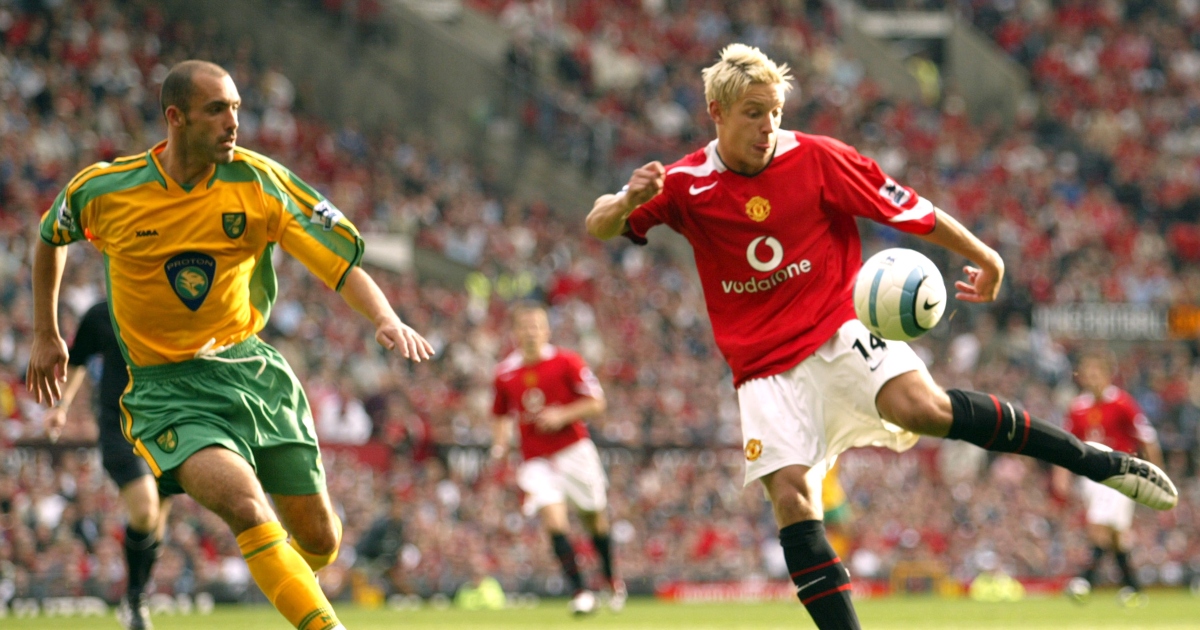 Richardson left United at the end of 2006-07 and joined Roy Keane’s Sunderland, who had played with at Old Trafford. Maybe played with is a strong word; “who he had been scared of” would have been a better phrase.

“I was about 13 when Kieran Richardson had just made the first-team squad,” former United youth player Febian Brandy said.

“He came into training one day with the car roof down and his music blaring out. He thought he was the man.

“Unfortunately for him, Roy Keane was walking into the car park. He pointed at him and said, ‘Turn your music off and go home. Don’t come back here today.”

He did as he was told. It’s surprising he ever came back at all.

Richardson retired after unsuccessful trial periods with Granada and Southend in 2017 and has since entered the world of YouTube and podcasting.

No matter what happened with Solskjaer during his time as manager, the former Norway international will always be a United legend.

From the Champions League winner to his late winner against Liverpool in the FA Cup, he had a career full of moments of incredible emotion in a red shirt.

As he said when he left United in November 2021, “I’m going to leave by the front door because I think everyone knows I’ve given everything for this club. This club means everything to me.”

It’s enough to bring any fan to tears, just as it did him.

Critics suggested his arrival was a marketing scam, implying that the Chinese youngster was brought in to continue the club’s growing popularity in the far east. You wouldn’t put it past the club, and how it played out for him at Old Trafford only served to reinforce that view.

He made barely any appearances for the club, first because he couldn’t get a work visa and then because he wasn’t good enough. He scored two goals for the club but both were in pre-season friendlies. First against the Hong Kong National team (seriously, that was a match that happened) and then the Kaizer Chiefs (the club, not the band).

After he was released in 2008, an unceremonious journeyman career began. China, Poland, Portugal, and Armenia all bore witness to his majesty until he disappeared from the game entirely in around 2014.

According to the Spanish publication Marca, Fangzhuo underwent plastic surgery to stop people from recognising him.

He resurfaced a few years ago, setting up a football club named after himself and coaching kids back in China.

Still, he’ll always have that standing ovation at Stamford Bridge.