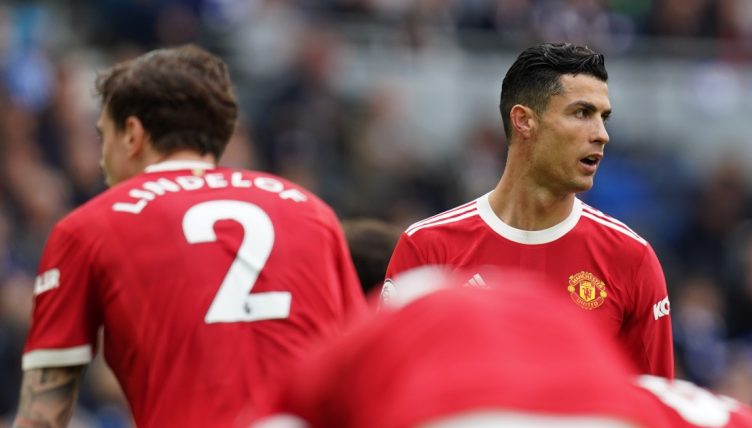 Manchester United suffered yet more humiliation as Brighton recorded one of their best-ever Premier League results with a deserved 4-0 victory.

The trophyless 2021-22 season looks to be fittingly fizzling out for United, who mercifully only have one more game to play in a campaign that their fans will be desperate to forget.

It’s been a year that promised so much, with the grand return of Cristiano Ronaldo and the high-profile additions of Jadon Sancho and Raphael Varane, but has ultimately delivered so little.

On the flipside, Brighton have already registered more Premier League wins and points than any other season before and should be on for their highest placing since they were promoted back in 2017.

Graham Potter’s Seagulls went into the break ruing their profligacy in front of goal, with a one-goal lead after Ecuador international Moises Caicedo scored his first Premier League goal early on.

But Brighton continued to be the better side after the break and were uncharacteristically ruthless as they put United to the sword with a further three goals before the hour mark, with Marc Cucurella, Leandro Trossard and Pascal Gross adding their names to the scoresheet.

“It was a terrible performance,” Ralf Rangnick told Sky Sports in his post-match interview.

“From the first until the last minute it was not enough; we can only apologise for this performance and a humiliating defeat. [Monday’s win over Brentford] was a different game, we just gave too much time and space.

“We were never in a position where we could stop them playing through our lines, We told the players be as compact as they could but we couldn’t stop it.”

Here are 14 shocking stats that illustrate how far United have fallen.

– This was Brighton’s third home victory against Manchester United in the five seasons since they returned to the top flight in 2017.

– Cristiano Ronaldo had five attempts at goal, but not a single one of them was on target. Not his day.

– Ronaldo’s WhoScored match rating was 5.56 – the lowest of the season, and among the worst of his entire career.

– Anthony Elanga was hooked at half time after registering a 14% pass accuracy – only one of the seven he attempted was completed.

– This was United’s fifth successive away defeat.

– Prior to this game, Brighton had the 18th-worst home record in the Premier League, with three wins from 17 at the AMEX. They’d won just one of their previous 14 home league outings.

– Prior to this game, no Premier League team had scored fewer goals on home soil. Their four goals against United account for 25% of their total goals from 18 home games in 2021-22.

🗣 "Four did not flatter Brighton. Man United came out like they were out for a stroll."

Graeme Souness felt Manchester United were never in the game against Brighton pic.twitter.com/s0j4lRXNnf

– 2.2% of Brighton’s total Premier League goals ever came in the opening hour of their 4-0 victory today (via Duncan Alexander).

– This is only the second time in 188 Premier League matches that Brighton have scored four goals.

– The 2021-22 campaign is officially United’s worst defensively of the Premier League era. They’ve conceded 56 goals – two more than they conceded in 2018-19, and still with another game to go. Only twice before had they conceded more than 45.

– This season will also account for United’s lowest points tally of the Premier League era. A win against Crystal Palace in a fortnight would see the Red Devils finish on 61 points – three fewer than the total of 64 points in the David Moyes’ 2013-14 campaign.