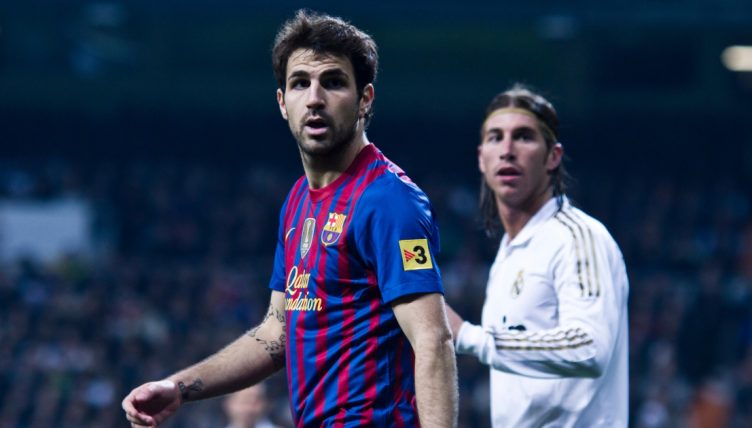 Despite being in charge of one of the biggest and richest clubs in the world, Manchester United managers don’t always get what they want in the transfer market.

While Erik ten Hag looks to strengthen his side, he’ll be wary of times where the man in the Old Trafford dugout didn’t get the player they wanted above all others.

We’ve taken a look at 15 times in the last 10 years where United didn’t sign one of their manager’s priority targets.

After replacing Sir Alex Ferguson in the United dugout in 2013, David Moyes immediately decided that Bale was his top transfer target.

But the Wales international, who won the PFA Player of the Year award in 2012-13, rejected United and decided to join Real Madrid.

“When I first went in to United my real target was Gareth Bale,” Moyes said in 2016. “I felt all along that Gareth Bale was a Manchester United player and I fought to get him [from Tottenham] right up until the last minute.

“We actually offered him a bigger deal than Real Madrid but Gareth had his mind made up on going to Madrid. He was, though, in my mind, the player I really wanted.”

Alongside Bale, Moyes was also desperate to sign a midfielder during the summer of 2013 as United needed a replacement for Paul Scholes.

United had two bids for Fabregas rejected by Barcelona and former United chief executive Ed Woodward left their tour of Australia to try and get the deal done.

“Cesc Fabregas, who I spoke to on the phone several times, was not sure of his place in the Barcelona team,” Moyes told BBC Radio Five Live in 2017.

The former Arsenal captain remained at Camp Nou for the 2013-14 season before returning to England with Chelsea.

After working with Baines at Everton, Moyes tried to prise the left-back away from Goodison Park and bring him to Old Trafford.

United initially tried to sign both Baines and Marouane Fellaini in a package deal before making individual bids for both players.

While Fellaini joined United in a £27.5million deal, Baines remained at Everton after United’s £15million bid was rejected by the Toffees.

Having missed out on Baines, United then made a late move for Real Madrid’s Fabio Coentrao but that deal also failed to materialise. 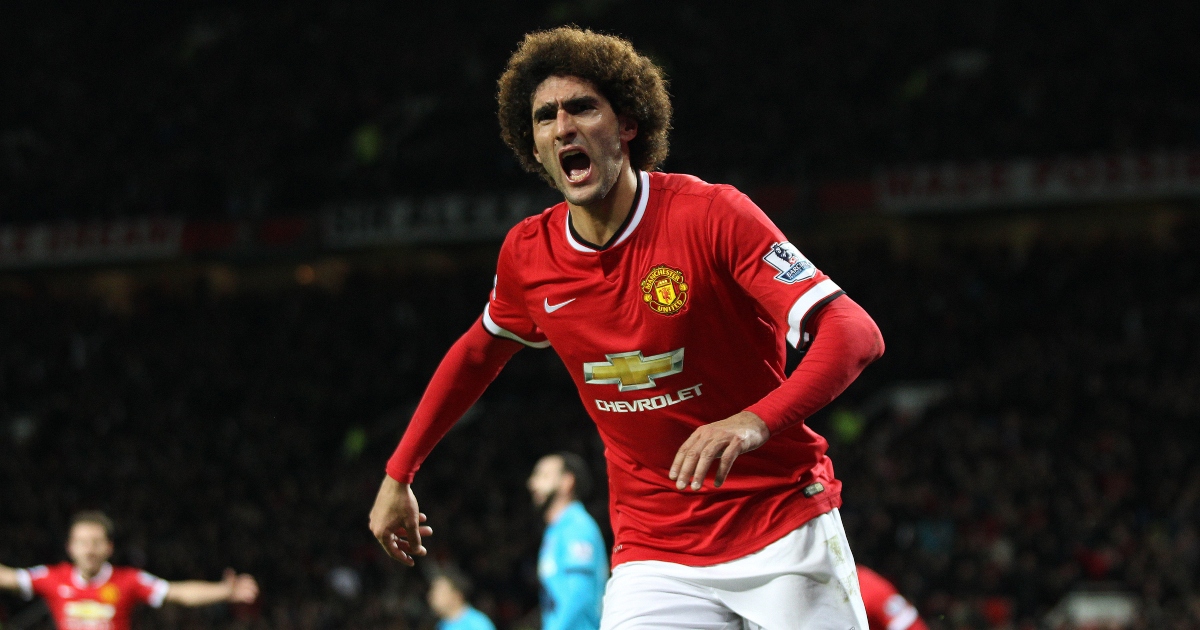 READ: Where are they now? Woodward’s first 10 Manchester United signings

Louis van Gaal took over at United in 2014 and wanted a new centre-back following the departures of Rio Ferdinand and Nemanja Vidic.

The manager identified Hummels as his top defensive target, but the Germany international spent another two years at Borussia Dortmund before joining Bayern Munich in 2016.

“I had offers from England or one of the three big Spanish clubs. But nothing got close like from England. Van Gaal wanted me but he wasn’t the only one.”

Van Gaal wanted to bolster United’s defensive ranks once again in the summer of 2015 and prioritised a move for Ramos, who was in the middle of a contract dispute with Real Madrid.

The centre-back reportedly told Madrid he wanted to leave the club and join United, but he ended up signing a new contract with Los Blancos.

“For the defence, I wanted Sergio Ramos and Mats Hummels, because ours wasn’t the strongest in building from the back,” Van Gaal told FourFourTwo.

“Those were my top targets, but we couldn’t get any of them. I don’t know why, because as the manager I wasn’t involved in any negotiations.”

After working with Muller at Bayern Munich, Van Gaal was desperate to bring the Germany international to Old Trafford in 2015.

United were willing to spend £84million on him but they weren’t able to convince Muller – or more specifically his wife – to move to England.

“In 2015 it would have been possible if his wife had been a little more open to a transfer abroad,” Van Gaal later told journalist Christian Falk.

“At least that was the reason Thomas gave my assistant Marcel Bout, who had had all the conversations with him, why the transfer had been rejected.”

United needed a replacement for Angel Di Maria in 2015 and Van Gaal reportedly identified Barcelona’s Pedro as his top target.

But the Red Devils weren’t willing to trigger the £22million release clause in his contract as they valued him at around £17million.

United’s hesitancy allowed Chelsea to sweep in and bring the Spain international to Stamford Bridge.

Jose Mourinho earmarked Griezmann as his No.1 summer transfer target in 2017 and United were reportedly prepared to trigger the £85million release clause in his Atletico Madrid contract.

During an interview with French television channel Quotidien, he even teased that there was a 60 per cent chance of a move to United.

But the France international stunned United by signing a new contract with Atletico after the Court of Arbitration for Sport upheld their year-long transfer ban.

“How close was I going there? Very close,” Perisic told The Athletic in 2019. “It was an amazing thing for me when Jose called me.

“It was difficult to say no to him. In fact, I really, really wanted to join him and play for United. It was a dream of mine to play in all the big leagues.

“But it didn’t happen. It was painful for me. But I don’t want to go into the details. I only found out myself the real reasons two years later.”

Mourinho on Perisic: “I don’t know why he didn’t come to Manchester when I wanted him.” #mufc [RT] pic.twitter.com/yCvfPry6HU

It’s no secret that Mourinho wasn’t a big fan of Luke Shaw, and he wanted to sign Sandro from Juventus ahead of the 2018-19 season.

But the United hierarchy reportedly blocked the deal due to the fact they didn’t want to be left with a stockpile of defenders, and they also believed the money could be better spent elsewhere.

“It is true that there was a difference of opinion on one or two players between the manager and the recruitment department,” Woodward later told United We Stand.

“Sometimes I have to be one who delivers the ‘no’, which isn’t easy, because our natural tendency is to back the manager in every possible circumstance, but we have to listen to the recruitment experts too.”

After Maguire helped England reach the semi-finals of the 2018 World Cup, Mourinho wanted to bring him to Old Trafford.

Despite the fact that Mourinho was desperate for a centre-back, United walked away from a deal because they felt that Leicester City’s £70million asking price was too high.

Having worked with Haaland at Molde, Ole Gunnar Solskjaer tried to sign him from Red Bull Salzburg in January 2020.

But a move to Old Trafford failed to materialise for the striker as Woodward was reportedly reluctant to insert a release clause into his contract.

Borussia Dortmund had no such concerns, signing him for £17million and then selling him to Manchester City for £51.5million two-and-a-half years later.

The quickest player to reach 20 Champions League goals in history…

After leaving Manchester City and starring for Borussia Dortmund, Sancho was Solskjaer’s priority target throughout the summer of 2020.

United made bids of £67million and £91.3million but they were both rejected by Dortmund, who would not budge on their £108million asking price.

Admittedly, United did eventually sign the England international in the summer of 2021 but Solskjaer was then sacked a few months later.

While Grealish completed a £100million move to Manchester City in 2021, he was heavily linked with a move to the red side of Manchester in 2020.

Solskjaer was reportedly a big fan of the midfielder but United refused to match Aston Villa’s £80million asking price.

“I was really close to going, but nothing happened in the end,” Grealish later told the Daily Telegraph. “We played United in a pre-season game on Saturday and I wasn’t supposed to play in a cup game at Burton.

“But after the United game I said to Christian Purslow [Aston Villa’s chief executive] and my agent ‘if I’m not leaving, I’ll sign my new contract’.

“I went in with my dog on Tuesday morning, signed the deal, and played later that day. We all agreed on the clause and if any team hit that, it’s a win-win because it means I’ve had an unbelievable season and Villa got £100 million.”

Bellingham rose to prominence at Birmingham City during the 2019-20 season and Solskajer was desperate to bring him to United.

The manager even gave Bellingham and his parents a guided tour of United’s training ground in March 2020 but they still couldn’t get the deal done.

The England international decided to follow in Sancho’s footsteps by heading to Germany joining and signing for Borussia Dortmund.

According to ESPN, Solskjaer felt Bellingham could be a first-team regular but United’s hierarchy refused to match Dortmund’s contract offer worth £56,000 a week due to the midfielder’s inexperience.