Just because Manchester United have enjoyed a lot of success in the Premier League era doesn’t mean they haven’t been responsible for just as much nonsense as everyone else.

Bad signings are one thing – everyone has their fair share of those, and it would be naïve to thin United are infallible in that respect – but weird ones are another.

That’s why the likes of Kléberson and Massimo Taibi are nowhere to be found on this list but why we’ve still been able to find a fair few weirdos. Ranked, as ever, in order of weirdness.

When Manchester United sold Cristiano Ronaldo to Real Madrid, they had the best part of £80million burning a hole in their pocket.

The perfect time, I think we can all agree, to sign a replacement who had spent the previous few months on loan at Lorient because Bordeaux still saw him as one for the future.

Since leaving Newcastle in 2016, Obertan has played for Anzhi, Wigan and Levski Sofia. Anyone who claims to have ever been aware of any of those moves is a liar. 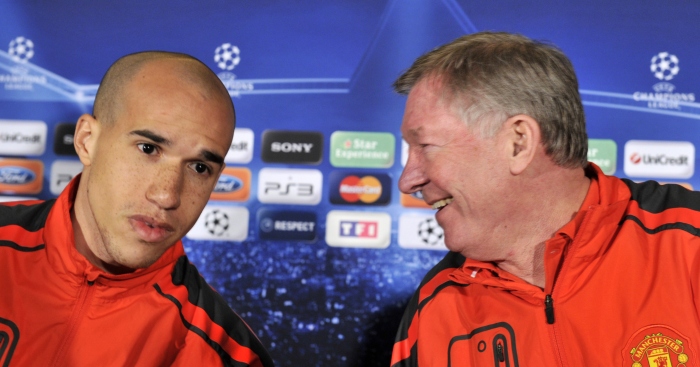 Signing a player with no intention of rushing them into the first team is one thing. Telling them that, while playing them, is another.

Alex Ferguson wasn’t willing to give French defender Prunier a contract, but the trialist was handed Premier League minutes while on trial.

On reflection, that probably didn’t do wonders for the centre-back’s confidence, and a 4-1 defeat at White Hart Lane would end up being his second and final game.

The last straw? Being offered a further trial instead of a firm answer on his future.

Sure, United re-signing Bosnich wasn’t quite as weird as Chelsea’s decision to take him off their hands, but you have to ask questions about replacing Champions League-winning goalkeeper with someone whose most notable act in the previous three years was a two-way tie between a Nazi salute and a goal against the Solomon Islands.

David Bellion was arguably Sunderland’s best player the year before he moved to Man Utd. However, this was a Sunderland team that picked up one point after the halfway point of the season. That is not a typo.

Obertan wasn’t the weirdest signing of summer 2009. Ronaldo’s No.7 shirt went to Owen, a man who had scored one post-January goal for relegated Newcastle and was accused by Magpies fans of fiddling while Rome burned.

If anything, he did much better than anyone could have possibly anticipated, considering he felt it necessary to have a brochure created to get clubs interested in him. 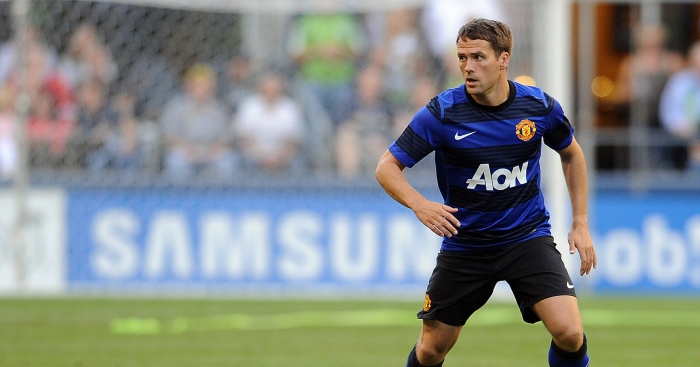 Sure, Cantona was one of United’s best players of the Premier League era, but the manner of his arrival remains bizarre. United only considered his possible availability when Leeds inquired about Denis Irwin, and the rest is history.

It’s a bit like Arsenal enquiring about Henrikh Mkhitaryan and… wait.

Nostalgia is one hell of a drug. By letting an ancient Scholes jump the midfield queue in 2012, United all but sealed Paul Pogba’s departure. So, in a sense, they paid £89million for 18 extra months of post-retirement Scholes, or £4million per start.

There was an inherent logic to many late-era Ferguson signings – yes, even Nick Powell – but the arrival of Buttner doesn’t make a ton of sense.

At 23 he wasn’t young enough to be all raw potential, yet if you watched him play you’d have assumed he was a reckless 17-year-old, or possibly a puppy.

Jonathan Greening won’t show up on those quizzes of Man Utd academy products who broke into the first team. That’s because, despite what you assumed, he didn’t come through the academy.

We can only assume Fergie was so desperate to ensure Alan Hansen was haunted by his “you’ll win nothing with kids” comment that he tried to push it as much as possible, leading to a 19-year-old York City midfielder sitting on the bench for a Champions League victory just one year on.

When Valdes signed for United, either he or the club had the wrong expectations, and the longer he stuck around the longer it felt like it was both.

He seemed offended by the idea of playing for a substandard reserve team but took things a little too literally by leaving United for a loan spell with Belgian club Standard Liège.

Manchester United didn’t sign Henrik Larsson from Celtic, who he left when he was nearly 33. They didn’t sign him from Barcelona, for whom he played in the 2006 Champions League final four months before his 36th birthday.

No, they only signed him, on loan, once he’d rejoined Helsingborgs to wind down his career back in Sweden.

Yes, yes, class is permanent and yes, he was actually very good, but it was still weird at the time.

I don’t know if you remembered, but there was quite a bit of fuss about West Ham loaning Carlos Tevez and Javier Mascherano from third-party organisation Media Sports Investment rather than signing them outright.

It’s a good job, then, that United did things properly and bought Tevez outright rather than also loaning him from MSI. What’s that? Oh.

In the three years after leaving Rangers and retiring from international football, Andy Goram played for three different clubs.

He joined Man Utd on loan after that, presumably because Alex Ferguson had thrown away all his computers due to concerns about the Millennium Bug 18 months before Goram’s 2001 arrival and had to rely on an old Rolodex which only contained Goram’s name as well as those of Honus Wagner, Cap Anson and Mordecai ‘Three Finger’ Brown.

There was some logic to signing Dong, but much of it was marketing-related – Dong was hardly prolific, even in a Chinese Super League yet to be graced by big-money signings.

However, the weirdness didn’t begin when he joined the club, but rather long after he left.

He is best remembered for being handed a United debut away to José Mourinho’s Chelsea in 2007, purely so he – along with fellow fringe players Kieran Lee and Chris Eagles – would be given a guard of honour by the Blues’ first team.

You wouldn’t recognise the striker if you walked past him in the street now, though – mostly because he went in for plastic surgery after retiring from the game, allegedly so he wouldn’t be mocked for his United spell.

You know the old adage about Premier League footballers struggling after joining the staff of smaller clubs because their perception of quality is skewed?

Well, when Paul Scholes recommended United sign El Fitouri from Salford City, we don’t doubt he’d identified someone who was too good for the Northern Premier League.

The thing is, there are a few other leagues in between that and the top flight.

Manucho was 25 when Man Utd signed him from Petro Atletico. Yeah.

On reflection, we probably ought to have paid more attention to a player coming over from Man Utd feeder club Royal Antwerp and signing for Not Man Utd.

Especially when United later signed the defender from Stoke without him having played for the Potters, like letting a mate sleep at your new house for the first week to make sure it’s not haunted.

Yes, Bebe was underwhelming at United, but he was also weird. Specifically, on the grounds that United could have signed him on a free transfer but instead waited for him to join Vitória and added him to their squad before he had played a minute for the Portuguese club.

Has somehow had a relatively normal career since leaving United in 2014, which, if anything, makes the rest of this even weirder.

Ah, yes, the classic ‘sign a young player and then reduce him to tears by pulling out of the already agreed deal at the last minute’ gambit. Classic.

United sacked off a move for Ljajić due to work permit concerns, leaving the Serbian free to enjoy a fruitful career in Italy and a trip to the 2018 World Cup. United had essentially taken a bunch of grapes off a supermarket shelf, eaten a couple of them, then accidentally dropped some loose change into the bag while putting them back,

Meanwhile, Zoran Tošić, the other player who United did sign from Partizan Belgrade around the same time, went on to play a grand total of *checks notes* *shreds notes and runs away*…

Yes, you’ve noticed that two of the top three never actually arrived at Manchester United. It might have been three if anyone remembered Célio Silva well enough for me to drop him in here, but let’s just keep the Brazilian as an honourable mention.

Mikel, of course, remains among United’s most expensive departures after Chelsea paid £12million to resolve a dispute where both clubs claimed to have signed the midfielder from Norwegian club Lyn.

United, therefore, got more money for Mikel than they did when selling Paul Ince to Inter.

It’s not really Andy Kellett’s fault he’s on this list – no one would have turned down a move to Manchester United, especially a 22-year-old who had only just made his full debut for a Bolton side struggling in the Championship and was rated as statistically the worst player in the division.

Yes, he was signed predominantly for the reserve squad, but the phrase “Manchester United have fought off competition from Plymouth Argyle…” should not exist in the English language.