Manchester United’s Premier League record with and without Paul Pogba 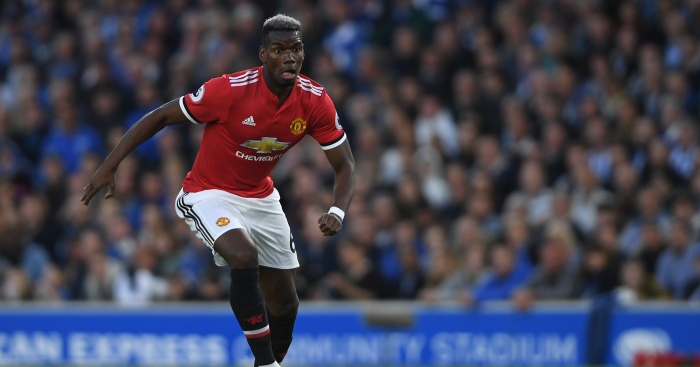 Paul Pogba’s Manchester United future remains unclear amid reports of interest from Barcelona and a fractious relationship with Jose Mourinho.

According to The Guardian, United have rejected a bid of €50million plus Yerry Mina and André Gomes from Barcelona, but The Times report the 25-year-old is unhappy with Mourinho’s due to the manager’s assessment of his World Cup with France.

We’ve looked back at United’s 2017-18 Premier League record with and without Pogba to see just how important he is to the club.

When Pogba was in Mourinho’s starting XI, the Red Devils averaged 2.12 points per game, an almost identical record to when he was either injured, suspended or on the bench.

Of those remaining 13 matches, United won nine times, drew once and lost three – at Huddersfield, Chelsea and against Manchester City at Old Trafford.

United’s record without Pogba starting is ever so slightly better, picking up 2.15 points per game.

To put these figures into context, the standard of opposition should be taken into consideration, but there is little difference.

At the time of the fixtures being played, United’s opponents were on average 10.6th when Pogba was in the team.

When Pogba was missing, that figure rose marginally to 10.5th.

The stats do suggest, however, that Mourinho’s men are more of an attacking threat with Pogba in the side, scoring 48 goals in his 25 starts – 1.92 per game.

This record fell to 1.54 per game without the France international thanks to 20 goals in 13 fixtures.

However, Pogba’s defensive awareness is often criticised, and United do leak more goals when he starts in midfield.

That means that while United conceded 0.26 more goals per game with Pogba in the side, they made up for that by scoring 0.38 goals more.