How Manchester United’s record with and without Paul Pogba compares 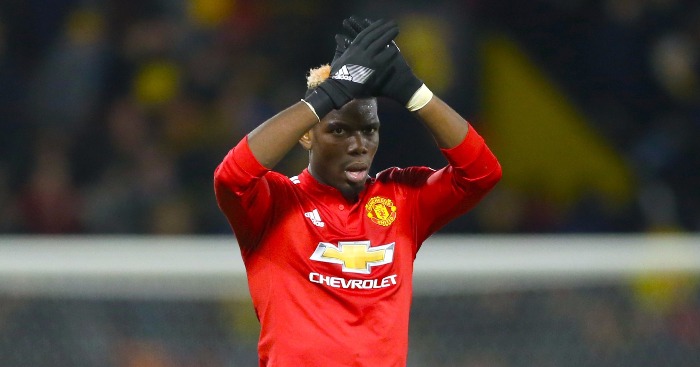 Manchester United will have to make do without Paul Pogba in the Manchester derby this weekend – and the stats show just how much they miss him when he’s not playing.

United enjoyed a lightning start to the season with Pogba in their midfield, scoring 10 goals in their first three games without reply. They drew their fourth game at Stoke but were top of the Premier League on goal difference when Pogba was injured in their Champions League group opener against Basel on September 12.

In more than two months without their record signing, United slipped eight points behind Manchester City, losing two and drawing another of the seven games he missed in the Premier League.

In the last four of those they scored only two goals, but when Pogba returned against Newcastle on November 18 he immediately woke United from their slumber, scoring once and setting up another in a 4-1 win.

Pogba produced another wonderful performance in United’s 3-1 win at Arsenal on Saturday, raising hopes Jose Mourinho’s men could strike a blow against Pep Guardiola’s City in the derby, but they will now have to find a way to win without the Frenchman following his red card.

United have won seven and drawn one of the eight Premier League games Pogba has played in this season, with an average points per game of 2.75. They took an average of only 1.85 points per game during his absence, although they did face Chelsea, Tottenham and Liverpool during that period.

That will obviously have affected United’s goalscoring ability, too, but they still managed to put three past Arsenal at Emirates Stadium, which is exactly the average of amount of goals they have scored per game with Pogba in their team. Without him they netted an average of only 1.57 per game. 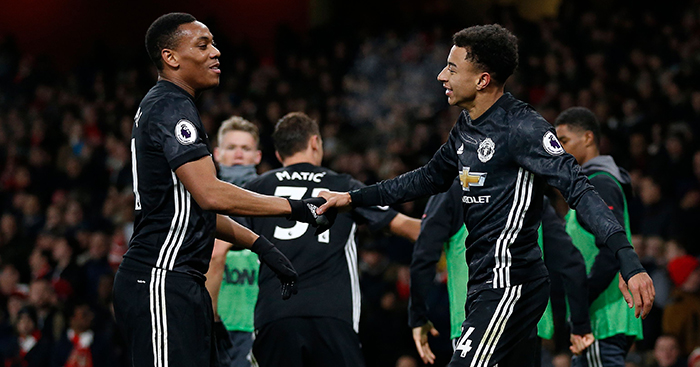 United have created 100 chances in Pogba’s eight appearances so far this season at an average of 12.5 per game, but without them they have averaged only seven per game.

In terms of what Opta define as big chances, United have managed more than double with Pogba (3.4) than without him (1.57), and it has translated to 16.5 shots on average per game in comparison to 11.3.

United have made marginally more passes per game with Pogba than without him (509 vs 472) but marginally less into the final third (58 vs 67), suggesting a slightly more direct approach in his absence.

That is born out by an 82% pass accuracy ratio with Pogba compared to 79% without him, but they completed only 66% of their passes against Arsenal, their worst tally of the season in what was the first time Pogba had come up against a team that finished in the top six last season.

Although United scored less goals and won less points in Pogba’s absence, they conceded only three goals in seven games – despite the stronger opposition – at an average of only 0.42 per game.

They have conceded six in eight games with Pogba in the team, which is still an impressive 0.75 per game but included four in two games against Stoke and Watford.

Marouane Fellaini would appear to be a useful stand-in if Mourinho looks to shut up shop against City – United have not conceded in any of the three Premier League games he has started – but the Belgian missed the Arsenal game through injury, and it is not yet known whether he will fit for this weekend.

Either way, United are likely to have been heartened by some stuttering City performances in recent weeks and will be desperately disappointed to be without their star midfielder. Whatever the stats do or don’t say, his ability to drive the team forward has been crucial this season and will be sorely missed in the biggest game of the season so far.