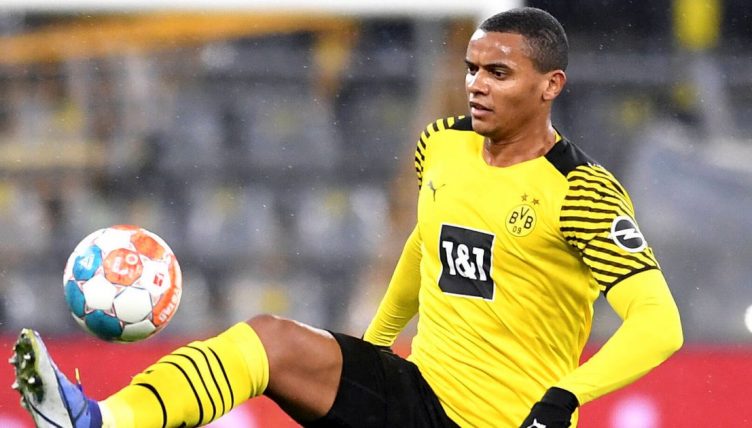 Ralf Rangnick is looking to strengthen the Manchester United backline and, according to reports from German outlet Sport1, he now his sights set on Borussia Dortmund centre-back Manuel Akanji.

United have conceded 31 goals in the Premier League so far this season – three more than Burnley, who sit bottom of the league – so it’s little wonder that interim boss Rangnick is looking to the market for recruits.

Captain Harry Maguire has repeatedly come under fire from pundits (mostly Roy Keane, if we’re honest) for his lacklustre displays this term.

Elsewhere, Raphael Varane has not had the transformative effect many had hoped he might when he arrived from Real Madrid last summer, while Victor Lindelof and Eric Bailly have never quite looked up to the task of marshalling the defence at Old Trafford.

Akanji is a Swiss 26-year-old centre-back who has been at Dortmund since moving there from Basel in 2018.

According to Sport1, however, Akanji has become unsettled after it was announced that Bayern Munich defender Niklas Sule will move to Dortmund come the summer.

Rangnick has smelt an opportunity and is apparently “very interested” in signing the Swiss defender, who would be linking up with his old mate Jadon Sancho if he moves to Old Trafford.

In April 2021, Dortmund’s sporting director Micahel Zorc said: “Manuel has been playing at a very high level for many months now…

“We are very happy with him. He is playing at least as well as he did when he first joined us in the winter of 2018. He is a pretty complete defender.”

But would Akaji be an upgrade on the centre-halves currently available for selection at Old Trafford? We’ve compared his 2021-22 Bundesliga stats to the Premier League stats of Manchester United’s central defenders to find out.

Note: Eric Bailly has not been included as he has only played 218 minutes in the Premier League this season.

A great header from Manuel Akanji, who picks out the far corner of the goal 👌 pic.twitter.com/VY3yrLmrF2