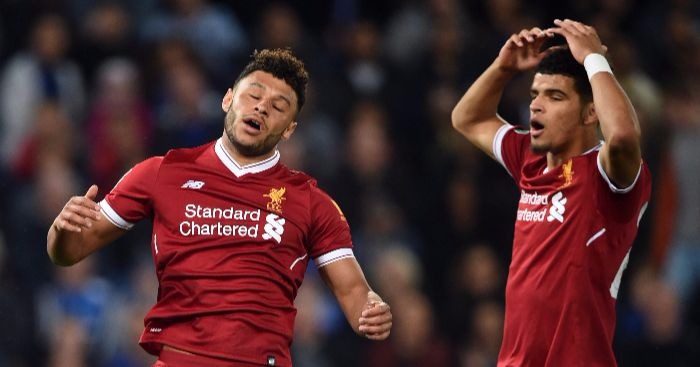 Liverpool, Stoke City, Burnley were the biggest fall guys in the third round of the League Cup this week – but the three clubs actually made far less changes to their teams than plenty of others.

Liverpool were beaten 2-0 by Leicester City at the King Power Stadium on Tuesday night, while Stoke lost 2-0 at Bristol City, and Burnley were knocked out by Leeds United on penalties.

However, both Stoke and Burnley actually made less alterations from the weekend than their Championship opponents, while 14 clubs made more changes than Liverpool’s eight for their tie.

Arsenal made a full 11 changes and subsequently struggled against League One outfit Doncaster, who made only two, while the 11,197 fans who visited Villa Park on Tuesday night effectively witnessed a reserve game as Aston Villa made 11 changes and Middlesbrough 10.

Overall, only three teams made less than five changes to their starting XI from the previous league fixture, once again raising the debate about how seriously teams are and should be taking the League Cup.

Changes made from previous league game

Of the five teams to make the fewest changes, only Norwich City made it through to the last 16, winning 3-1 at Brentford and earning a trip to Arsenal.

Barnsley, Bristol Rovers and Doncaster, however, all made fewer changes due to facing opposition from higher divisions, while West Brom were beaten 2-1 by a Manchester City side which had made eight changes.

Of the teams outside of the Premier League to make wholesale changes, Middlesbrough, Leeds United, Bristol City and Wolves all managed to make it through to the next round.