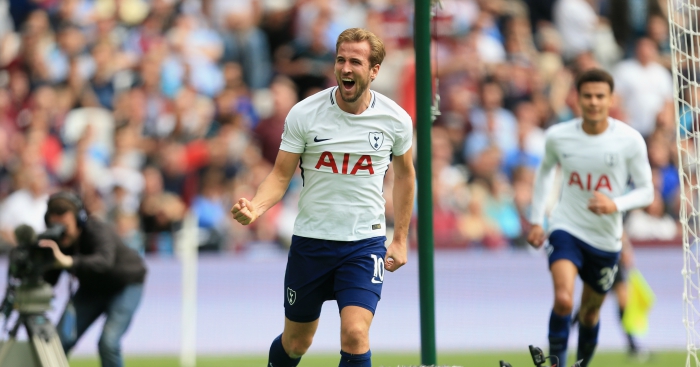 Harry Kane’s form for Tottenham has been so good in 2017 that are already suggestions the striker could beat Alan Shearer’s Premier League goals record.

Kane has scored 36 goals in 2017, more than West Ham have managed collectively as well as eight other Premier League sides.

His incredible frenzy means he has the best goal-to-game ratio of any of Europe’s top scorers in the big five leagues, including Lionel Messi and Cristiano Ronaldo.

The 24-year-old’s Premier League tally currently stands at 84 goals in 123 Premier League games. That leaves him the joint-40th top scorer in the competition’s history, level with Ronaldo and Carlos Tevez.

Shearer, meanwhile, plundered 260 goals in 441 appearances for Blackburn and Newcastle at a rate of 0.59 goals per game, but he started playing before the advent of the Premier League and also suffered a few serious injuries which restricted his total tally.

With that in mind, we’ve done the maths to calculate how long it will take Kane to catch Shearer if he continues his current rate of scoring, obviously on the basis that he stays injury-free and in the Premier League.

– To draw level with Matt Le Tissier on 100 goals, it will take Kane another 22 games – which means he could achieve that feat this season.

– To break into the top 20 Premier League goalscorers and overtake Emile Heskey, who scored 110 goals, it will take Kane 38 games – a figure he could achieve by early next term.

– To break into the top 10, overtaking former Tottenham favourite Teddy Sheringham, who scored 146 goals, it will take Kane 90 games – less than three seasons.

– To break into top 5, overtaking Thierry Henry, who scored 175 goals for Arsenal, it will take Kane 132 games – approximately 3.5 seasons.

Kane would certainly be able to count himself fortunate if he were to remain so prolific while avoiding injuries – while European giants would be sure to be alerted if he did – but the fact he could break the record by the age of 31 puts into perspective just how impressive his goalscoring has been these past few seasons.

Of course, even if he does catch Shearer on the list, the former England captain will rightly point to the fact he scored a further 23 before the First Division became the Premier League. In other words, there’s still a hell of a long way to go.

When Harry Kane scores his goals: Barren in August; lethal in the New Year