Where are they now? The Man Utd XI from Marcus Rashford’s debut, 2016 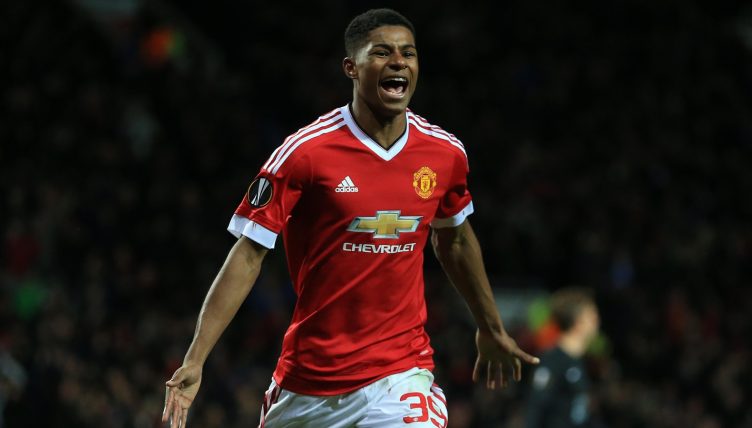 Marcus Rashford has come a long way since his Manchester United debut but what became of his team-mates from that night in February 2016? We’ve done some digging to answer that very question.

Without a groin injury to Will Keane, Rashford probably wouldn’t even have been on the bench for the Europa League tie with FC Midtjylland.

And, without Anthony Martial picking up a knock in the pre-match warm-up, the young striker wouldn’t have made it onto the field to score twice and set an amazing career in motion.

His United team-mates against Midtjylland were a delightful mix of names so let’s delve into what became of them almost seven years on.

But the goalkeeper did play a crucial role in the club’s Europa League success in 2017, finding himself consistently picked by Jose Mourinho and keeping a clean sheet against Ajax in the final.

However, having been limited to sporadic appearances under Ole Gunnar Solskjaer, the 35-year-old was released in 2021 after slipping to third choice in the pecking order behind Dean Henderson.

“It was a strange year for me, but I trained all year at Manchester United. Some days I was training by myself, because the squad was preparing for a game,” Romero said, describing the end of his six-year spell in Manchester.

Varela had to bide his time to break into the United side, making 11 appearances during 2015-16 which was Van Gaal’s final season in charge.

He returned to his native Uruguay with Penarol before moving back to Europe with FC Copenhagen in December 2018. The defender made 53 appearances for the Danish side but is now plying his trade for Flamengo in Brazil.

“It would be a dream to go back to Old Trafford,” Varela told The Sun in December 2019. “It would be a beautiful moment — I wait for this.

“I’m still only 26. I of course want to go back to the Premier League at some point. In the future, maybe I can come back and play for Manchester United – I hope.”

It’s a dream that hasn’t come true yet.

Carrick was called into an emergency defensive role in this Europa League tie but was one of the best United midfielders of the modern era.

Calm in possession, tactically brilliant and able to dictate the play, the £18million signing from Tottenham overcame scepticism to become a United legend.

After hanging up his boots in 2018, he joined Mourinho’s coaching staff at Old Trafford and went on to serve as caretaker following Ole Gunnar Solskjaer’s sacking.

He left United shortly after the appointment of Ralf Rangnick and is now manager of Championship side Middlesbrough.

Blind joined United in 2014 from Ajax after being signed by his compatriot Van Gaal.

Winning the Europa League in 2017 was his finest act at Old Trafford before he returned to his boyhood club for a second spell.

And he’s currently part of Van Gaal’s Netherlands side that have reached the World Cup quarter-finals; even more impressive considering he was diagnosed with a heart problem.

Riley also made his first United start during the rout of Midtjylland but it’s safe to say he’s not enjoyed the same career success at Rashford.

The full-back joined League Two side Bradford City in 2018, but the club released him at the end of 2019-20. The 25-year-old signed for Walsall this summer but has yet to make an appearance for the club.

Rojo always came across as one sandwich short of a picnic and we’re delighted to inform you he’s still causing chaos back in his native Argentina with Boca Juniors.

Beloved by Van Gaal and Mourinho, Herrerra could always be relied upon to put in a shift in United’s midfield – and we suspect there are scars on the legs of Eden Hazard to prove that point.

The Spaniard later moved to PSG. His industrious – some would say scrappy – approach wasn’t appreciated quite as much in Paris as it was in Manchester and, after having his contract terminated, rejoined boyhood club Athletic Bilbao this year.

Poole’s only United appearance came as a last-minute substitute in this heavy Europa League win.

He later revealed the likes of Paul Pogba, Jesse Lingard and Rashford took him under their wing at the club, telling the BBC: “They know it takes time. I get a bit ahead of myself sometimes and they tell me ‘take your time’ and ‘slow down.’”

After being released by the club in 2019, Poole signed for MK Dons on a free transfer, where he stayed for 18 months before joining League One side Lincoln City in January 2021.

Signed from Southampton in the summer of 2015, Schneiderlin has to go down as one of United’s worst post-Ferguson signings.

After being offloaded to Everton in 2017, the midfielder blasted Van Gaal saying: “I would play a very good game and then a very bad game. I wasn’t confident enough. I started to complain to my wife. It hurts me even now that I couldn’t play freely at United.

“The pressure of the club was no problem to me. I like pressure, I need pressure and adrenaline. The fans were good to me in the street. The problem was me because I knew I had so much to give but I couldn’t give it because I felt restricted.”

Lingard was given his United debut by Van Gaal in August 2014 and the midfielder repaid his manager’s faith by scoring the winner in the 2016 FA Cup final.

After becoming an important player for United in the late 2010s, Lingard fell out of favour under Ole Gunnar Solskjaer before rediscovering his best form on loan at West Ham under David Moyes.

The one-time England international returned to Old Trafford but still found himself on the fringes of the side and left for Nottingham Forest last summer, where he’s yet to fully impress.

On the other hand, Pereira is thriving after a summer move to a newly-promoted side. The midfielder has impressed at Fulham and become a staple of Fantasy Football squads across the globe.

Signed by David Moyes in January 2014, Mata didn’t really replicate the form he showed at Chelsea in a United shirt.

But the former Spain international became a cult hero at Old Trafford before leaving last summer. He’s joined Turkish side – and Premier League retirement home – Galatasary and has scored once in four appearances for them.

Forget his United struggles, and the fact Barcelona spent last summer trying to offload him, Depay is one of the most impressive forwards in European football and is currently spearheading Van Gaal’s World Cup challengers. He’s ace.

WHAT. A. GOAL! 🤩#Netherlands pass it from back to front and @Memphis applies the finish!#NED #USA #FIFAWorldCup pic.twitter.com/RlN67FZGJz

Footballer, politician, hero… Rashford has become one of the country’s most recognisable figures since his wonderful debut. 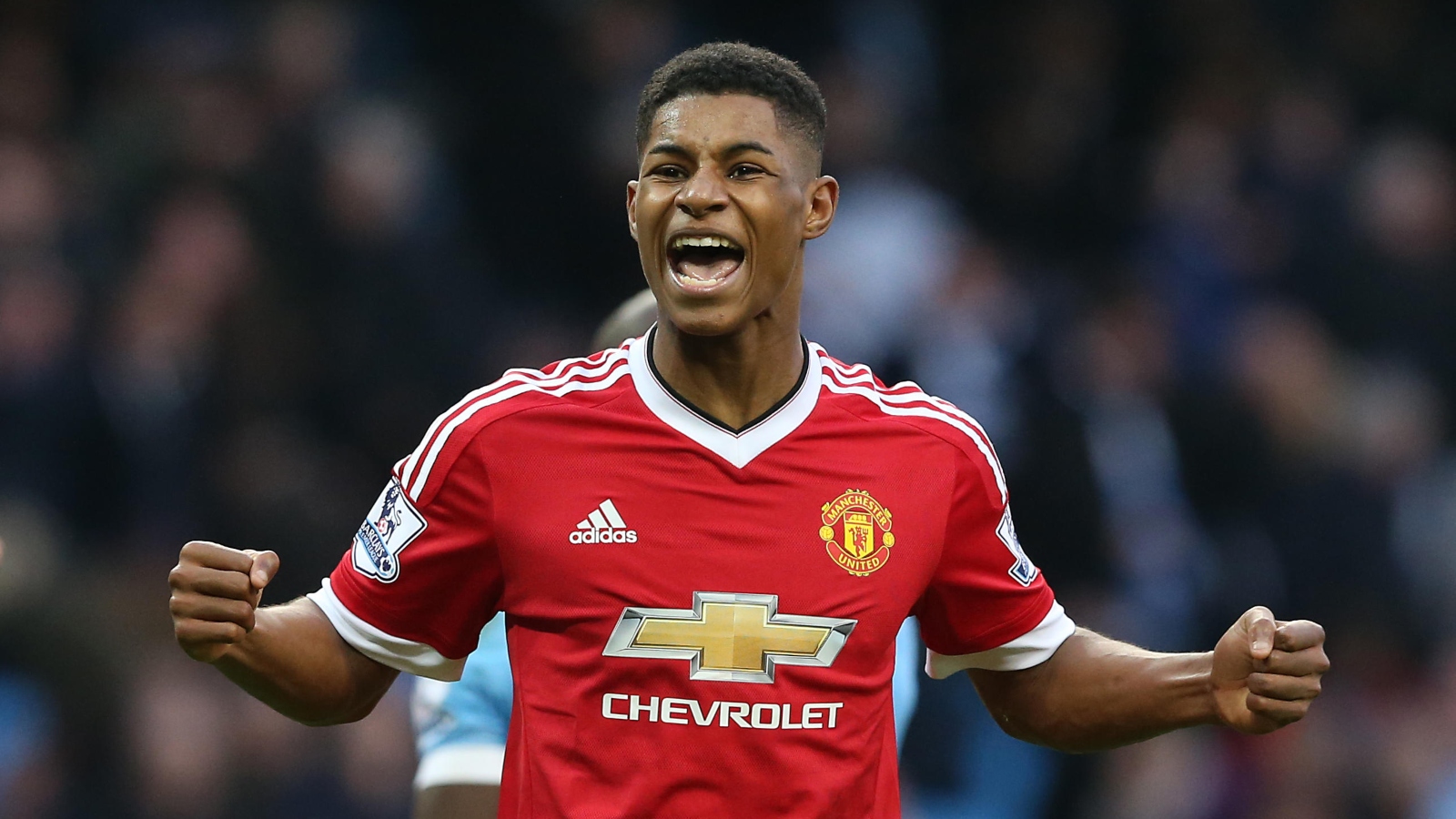 READ: Where are they now? Man Utd’s U21 team in Marcus Rashford’s last game

READ MORE: 7 times Marcus Rashford was a better person than everyone else