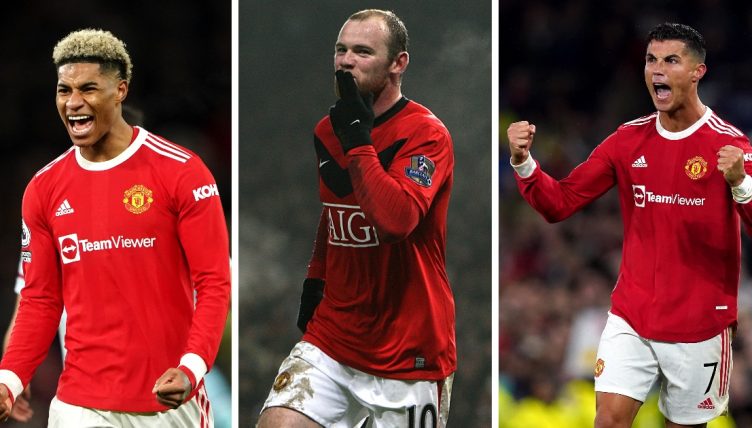 Marcus Rashford has become the latest player to reach 200 Premier League appearances for Manchester United, surpassing Ryan Giggs’ longstanding record as the youngest to reach that milestone for the club.

He may not have had a good season this campaign, but at 24-years-old he still has most of his career ahead of him and will have plenty of chances to turn things around.

It’s also important to remember how impressive he was early on. Perhaps no one else has had such a sudden and impressive burst onto the scene in Manchester United’s history, not just scoring a brace against Midtjylland on his debut and then Arsenal later the same week, but maintaining his place in the squad.

When he was growing up, his favourite two players were Wayne Rooney and Cristiano Ronaldo, two players he’s now shared a pitch with.

“When we were going to Old Trafford, I’d see them [Rooney and Ronaldo] do exciting things on the pitch, then after I’d go home and watch them on YouTube,” he said in an interview with The Athletic about the two players.

“It was a privilege to be able to learn from them.

“You can definitely take things from their game and try to put them in your game, but still keep your own style, your own personality on the pitch.

“They definitely taught me a lot, and in football, I don’t think you ever stop learning. I have a mentality that I want to improve every day. To do that, you have to learn from other players around the world.”

Rashford continues to form his own legacy, and what happens next season could define his on-the-pitch career.

But how does the homegrown star’s record at this stage of his career to his two idols growing up, whose legacies are safely secured as some of the top players of all time?

Here is how Rashford’s numbers after his first 200 Premier League games compare to Ronaldo and Rooney’s, whose numbers also include his first Prem appearances at Everton.

A year to the day since Wayne Rooney retired. England and Manchester United’s all-time goal-scorer. A man of devastating ability. One of the very, very finest.

Rooney and Ronaldo (and Tevez!) was just plain unfair.