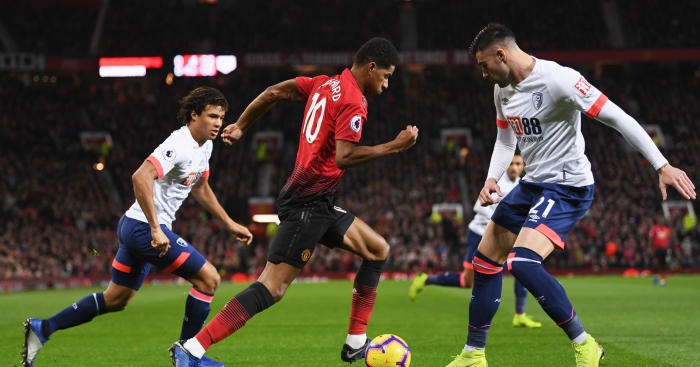 Manchester United’s resurgence under Ole Gunnar Solskjær has gathered momentum quicker than you can say “it’s only Cardiff, Huddersfield and Bournemouth”.

United’s interim manager has overseen performances which reek of attacking freedom, bringing the best out of players who were threatening to stagnate under José Mourinho, and Marcus Rashford is one of the prime examples.

The England striker had started just nine times in the league under the previous manager, scoring on three occasions (two of them from the bench), but he already has two goals from three Premier League starts under the new man.

Rashford pulled off a lovely nutmeg on Huddersfield’s Mathias Jørgensen last time out, but that had nothing on the manner in which he embarrassed the Bournemouth defence at Old Trafford.

What’s more, rather than just looking impressive for a split second, his genius was enough to lay on the opening goal of the game for Paul Pogba and set his side on their way towards a comfortable win.

You might have a few words of criticism for Nathan Aké after watching this, but the level of strength and decisiveness displayed is something you can’t exactly be prepared for if nearly all the clips you’re watching to prepare for the game feature Mourinho in the dugout.

Rashford moves like a sprinter straining to dip for the line, except when he gets there he doesn’t stop.

Diego Rico is next in line and, if he was watching closely as Aké was shrugged off, it wasn’t enough to set him up for what was to follow.

The Spaniard’s mind ticks through thousands of eventualities, as if pleading with his body not to embarrass him, but all those notes and calculations are shredded the instant Rashford brings out the flip-flap.

It’s not even a case of being beaten by the movement but rather not even registering the movement and its significance until the next phase has already begun.

Rico is still figuring out how best to stand firm against the Manchester United player when he realises he has been passed, and the wafted leg is the equivalent of a politician photoshopping himself into a protest. He wants to provide evidence he was there, even active in the proceedings but doesn’t have long enough to come up with a coherent way of doing so.

Is the compromise anywhere near good enough? Of course not, but it’s the best he feels capable of in the situation. 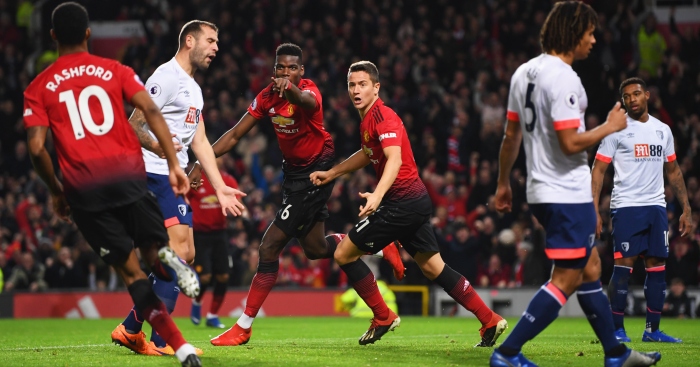 After looking at times like he’d aged 10 years in the last 10 months, Rashford returned to the boyish playground experimentation of his breakthrough games under Louis van Gaal, trying things because he had never failed at them before and what was the worst that could happen?

That wasn’t the end of it, though – the pass across for Pogba felt like a sprint before the starting gun had gone off, leaving defenders in their blocks after unlocking a secret headstart option.

By opening up a three-stride advantage, he’s able to slow down and remain one step ahead – it shouldn’t be this easy, but the end result feels inevitable.

Rashford wasn’t the only one to turn back the clock, either, with Ashley Young turning it on like we were back in 2007.

Young might now be as far removed as possible from the exciting winger who emerged at Watford more than a decade ago, but you don’t just lose that ability, and the United captain reminded us all of his past with a neat nutmeg on Junior Stanislas.

After being the butt of every joke for much of the season, United have finally begun taking it out on everyone else, and it feels like they’ve still got a bit of a way to go. 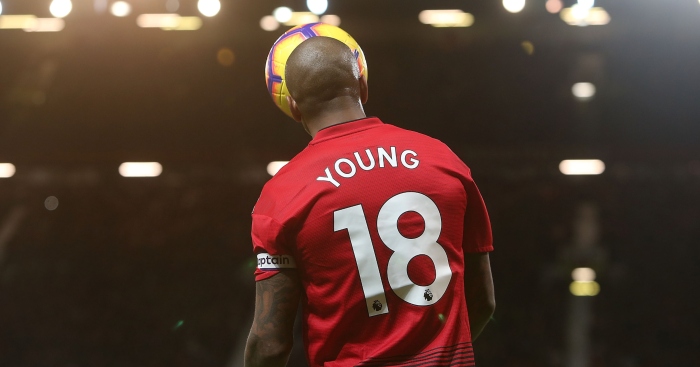 Manchester United making a mockery of opponents just for the sake of it is already a step up on what we were seeing for much of the season but doing so as a means to an end – as with Rashford – is a real step up.

Yes, the opponents haven’t been the best in the league, but there were times this season where the much-mocked David Moyes comments about United needing to make things difficult for Newcastle felt like a premonition rather than a relic.

Rashford’s movement to create Pogba’s opener reminds us of what we’ve come to expect from Manchester United: that they can just decide on a whim to leave you flailing and slot the ball into the net, whether you like it or not.

When Marcus Rashford and Manchester United are playing like this, you just have to try to ensure they can’t see you openly weeping in despair. Anything else is a bonus and, to be frank, one you only deserve if they’re feeling generous.