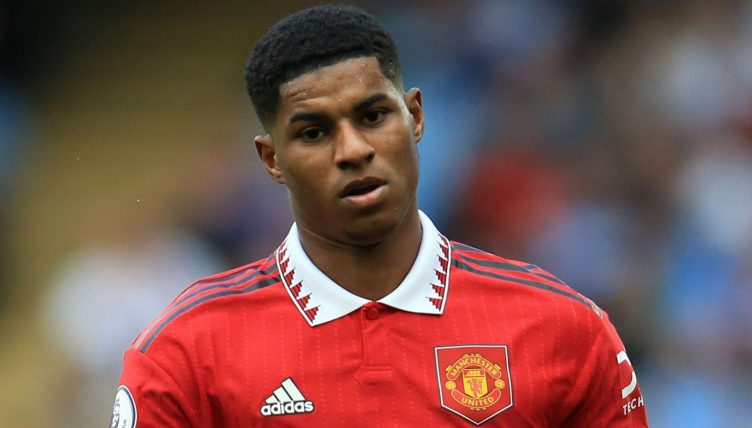 Marcus Rashford is one of Manchester United’s most recognisable players but do they play better without him in the starting XI? We’ve taken a look at their record with and without Rashford to find out.

The 2021-22 season was a horrendous one for Rashford; the United striker seemed a shadow of his former self and only scored five times in 32 appearances in all competitions.

But the 24-year-old has found a new lease of life under Erik ten Hag, putting on an impressive showing against Arsenal at the start of September, scoring twice as the Red Devils ran out 3-1 winners.

And winning the September award for Premier League Player of the Month was a well-timed boost for Rashford as he tries to force his way into Gareth Southgate’s squad for the World Cup in Qatar.

The striker hasn’t played for his country since missing a penalty in the Euro 2020 final defeat to Italy and his poor form last year saw him dropped from the national squad.

However, England have struggled for goals over recent months and there’s a growing argument that Rashford can offer something different from the forwards currently at Southgate’s disposal.

Speaking about Rashford’s upturn in form, United legend Andy Cole told the club’s official website: “It’s the first time we’ve seen Marcus run in behind and stretch teams since he first got into the first team. I think he went away from his strengths (last season), which was stretching teams.

“If you look at how he’s playing now to when he first got into the team, people will turn around and say, ‘that’s the Marcus Rashford of old. If he sticks to that, he’ll score goals.”

We’ve looked at United’s record with and without Rashford in the starting XI since the start of the 2020-21 season to find out. Stats are taken from all competitions.

READ MORE: Where are they now? Man Utd’s U21 team in Marcus Rashford’s last game