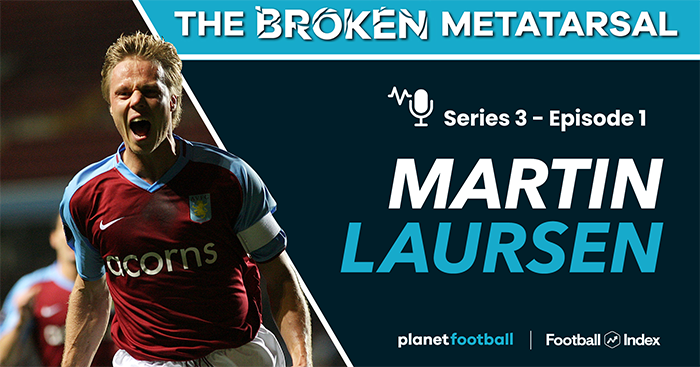 Martin Laursen is best remembered on these shores for his time at Aston Villa – but the former Denmark defender also recalled some fantastic tales from his time in Italy in the first episode of series three of The Broken Metatarsal podcast.

Seven months after series two was brought to an abrupt end by you know what, we’re back with a different format as Laursen joins Rich Williams and Mark Holmes for our first 45-minute player special.

The Villa cult hero talked us through his career from moving to Italy with Verona as a youngster to being half-owned by Parma, somehow engineering a move to AC Milan, the nightmare of life under David O’Leary and then finally the wonderful times he experienced under Martin O’Neill and the incredible bond he formed with Aston Villa fans.