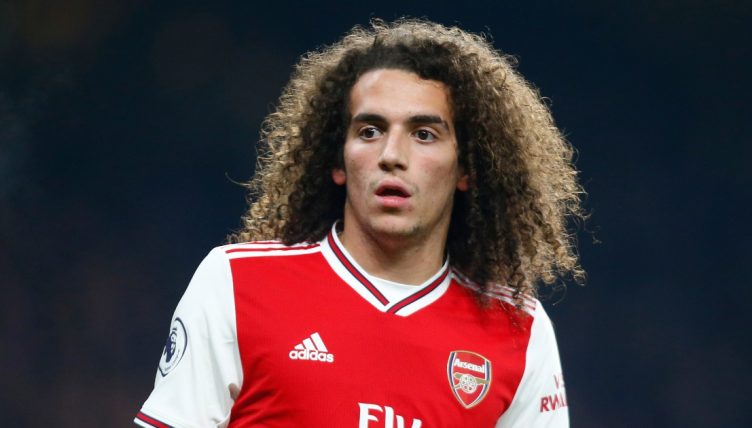 During Arsene Wenger’s 22-year trophy-laden reign as Arsenal manager, the Frenchman acquired an array of first-class compatriots to fuel success on the pitch such as Thierry Henry and Robert Pires – but Mateo Guendouzi fared a little worse than his predecessors.

Guendouzi arrived in north London as a relatively unknown quantity from Ligue 2 side Lorient. But, despite his modest transfer fee and being in the infancy of his career, the midfielder became a favourite under Emery in double-quick time.

After registering 49 appearances in his debut season, it looked like Arsenal had another French gem in their ranks. That was until Mikel Arteta replaced the current Villarreal boss in the dugout. Things swiftly turned sour for the curly-haired youngster.

Arteta questioned Guendouzi’s attitude, and he was shipped on loan to Hertha Berlin. He’s since been loaned and subsequently sold to Marseille. His career is seemingly back on track away from the Premier League.

We’ve taken a closer look at the other four players that joined the Gunners alongside Guendouzi ahead of the 2018-19 campaign.

In contrast to Guendouzi, the former Switzerland international arrived at the three-time Premier League winners in the twilight of an elite career. He was a key figure in a seven-year stay at Italian giants Juventus before falling behind in the pecking order.

The full-back struggled for consistent game-time at the Gunners; he was a back-up to Hector Bellerin. Even when the favoured Spaniard suffered a ruptured cruciate ligament against Chelsea, Emery opted to use Ainsley Maitland-Niles at right-back.

It came as little surprise when Lichtsteiner called quits on a forgettable one-season stint at the club to join German outfit Augsburg.

Since Jens Lehmann left the club in 2008, Arsenal’s search for a new No.1 had descended into somewhat of a goalkeeping merry-go-round. Various ‘keepers tried to fill the void left by the long-lasting German, but nobody fitted the bill. Many felt Leno was the answer to an established problem.

The Germany international, who became the youngest goalkeeper to feature in a Champions League match at 19 in 2011, was signed from Bayer Leverkusen. Leno was very much first-choice at the Gunners until the arrival of Aaron Ramsdale last summer.

Ramsdale was expected to play second fiddle – he initially did – but he eventually made the spot between the sticks his own. Leno had to make do with a place on the bench and has since been sold to Fulham.

Simply known as Sokratis – to the relief of commentators up and down the land – the Greece international signed from Borussia Dortmund tasked with bringing much-needed leadership and experience into a flaky defence.

Sokratis’ standout moment in an Arsenal shirt was winning the FA Cup with the club in 2020. He amassed 69 appearances for the Gunners but Arteta viewed the defender as a dispensable asset in his ongoing rebuild.

Failing to feature in the opening months of the 2020-21 campaign, Sokratis joined Mesut Ozil in being excluded from Arsenal’s Premier League and Europa League squad.

In January 2021, the club cancelled the out-of-favour centre-back’s contract leaving him free to find a new club. He joined Olympiakos in his native Greece where he remains a key player.

Sokratis had an unexpected reunion with the Gunners in a Europa League last-16 tie in the 2020-21 season, but he made crystal clear the unimportance of proving a point to Arteta who had frozen him out.

“I already showed everybody in my career what I can do,” Sokratis told Football.London.

“I worked with some of the best coaches in the world and I played regularly – I don’t have to prove something to Arteta or anyone here. It was his [Arteta’s] decision and the club’s decision and I accepted it.”

You get the sense that there’s no love lost between Sokratis and his former boss.

There’s a common theme with most of these 2018 signings – they were not to Arteta’s fancy. Torreira is another who falls into this category. Emery’s taste is clearly not aligned with that of his fellow Spanish counterpart.

The Uruguay international joined the club from Sampdoria for a reported £26millon fee and impressed with his tenacious approach in the early months of his stay. Arteta, though, preferred other midfield options for his project to succeed.

The 26-year-old joined Fiorentina on loan in search of regular first-team action at the start of last season and has since found a fresh start with Turkish Super Lig giants Galatasaray.