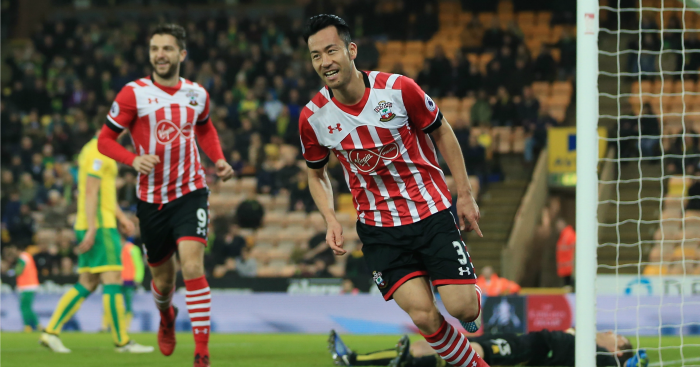 With Southampton reaching their first cup final for 14 years, there’s plenty of excitement along the south coast.

And thanks to Maya Yoshida, Sunday’s game against Manchester United will also have a big audience in Japan.

In an exclusive video message for Dressing Room DJ, the Japanese centre-half explained that the clash with United was the chance to win a trophy for the first time in his career.

He said: “Hi, everyone in Japan. Southampton will be playing at the cup final at Wembley on February 26.

“Personally, this could be the first time for me to win a trophy in my career. Therefore, I really want to win this final and, if we can, that could mean a new step forward for Japanese players.”

Southampton’s previous final was in 2003, when they lost 1-0 to Arsenal in the FA Cup final. Their only previous League Cup final was a 3-2 defeat to Nottingham Forest in 1979.

Yoshida added that he sees his appearance as an incentive to other Japanese players.

He said: “I really want to win this final. If we can, that could mean a new step forward for Japanese players. I will do my best to win – please give us lots of support from Japan.”