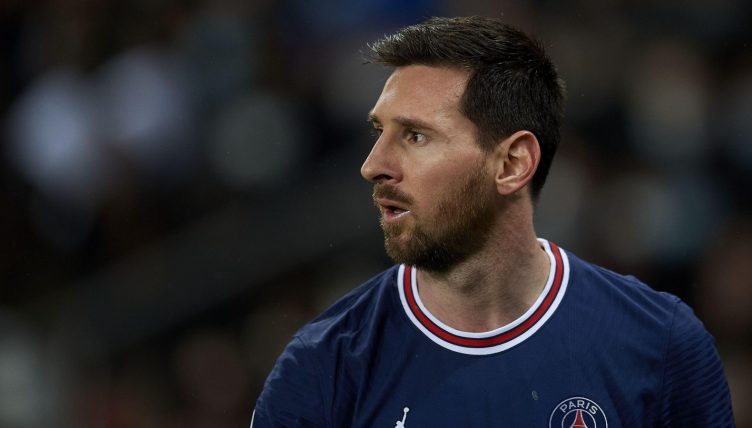 L’Equipe’s player ratings are famously stingy. The French outlet will often give a genuinely great performance a score as low as 6/10, while if a player has a shocker you better believe they’re not going to pull any punches.

Even the greatest players of their generation can be prone to a poor performance or two. No matter the name, L’Equipe will let them know in no uncertain terms that they’ve stunk the place out.

To be fair, L’Equipe have also recognised Messi’s greatness. They’ve handed out very few perfect 10s in their time – but given one to the legendary Argentinian twice.

But the French magazine pulled no punches when he missed a penalty against Real Madrid in the Champions League early in 2022. A late Kylian Mbappe strike gave PSG a 1-0 win on the night, but that wasn’t enough to get Messi out of their bad books – noting “there’s something sad about seeing him like that.”

Surprisingly enough, Messi was awarded a six when PSG exited the competition in the return leg as Madrid mounted a Karim Benzema-inspired comeback.

The big Belgian comes out on top!

This could be a huge moment in the tie.#UCL pic.twitter.com/8i4GZAZxqK

The golden boy of French football has an absolutely ridiculous record in the Champions League at his young age, but he’s yet to win the trophy and was crucified for his performance in PSG’s semi-final elimination to Manchester City back in 2021.

Mbappe was relatively anonymous in the first leg as Pep Guardiola’s side mounted a comeback to win the first leg 2-1 at the Parc des Princes. He registered just 30 touches, the fewest of any player that started the match and didn’t muster an attempt on Ederson’s goal.

L’Equipe responded by giving Mbappe a 3/10 – the lowest rating for any of PSG’s players that night.

Mbappe and Messi aren’t the only members of PSG’s famous trident to be eviscerated by L’Equipe.

Neymar was awarded a 3/10 in PSG’s latest Ligue 1 defeat to Rennes.

Despite completing 90 minutes, he failed to manage a shot or dribble, and – despite registering more passes and touches than any opposition player – struggled to threaten Rennes’ low block defence.

Meanwhile, RMC journalist Daniel Riolo commented: “Do we realize that Neymar, in terms of hiring and salary, is the biggest failure in the history of football?”

The French daily give Neymar his dues when he deserves it, though. They once gave him a 10/10 for scoring four and assisting two more in an 8-0 rout of Dijon back in 2018.

The legendary centre-back went unbeaten in his first 34 appearances for PSG.

But that credit in the bank was ignored as he suffered his first defeat for the Parisiens on New Year’s Day 2023. PSG lost 3-1 to surprise title challengers Lens and Ramos was deemed culpable.

“Ramos was in trouble in all the opposing transitions,” observed L’Equipe, awarding the 36-year-old a measly 3/10.

“He clearly missed Lens’ second goal and was passive in the third, weighed down by Fabian Ruiz’s loss of the ball. He did not shine in the construction of the game.”

Undoubtedly one of the finest goalkeepers in the world, L’Equipe recognised Courtois’ quality with a 9/10 for his stunning performance in last year’s Champions League final.

But they were brutally honest when the Belgian endured an off day as Real Madrid lost 4-1 to Ajax back in 2019. Dusan Tadic received a rare perfect 10 for his starring role for the Eredivisie giants and Courtois was given a 2/10.

…but Courtois wasn’t even Madrid’s lowest-rated player that night.

Dusan Tadic awarded the rarely seen 10 rating in L'Equipe for his display for Ajax vs Real Madrid. Only the 9th player ever to receive the honour. pic.twitter.com/f4j48sc2ko

The Manchester City playmaker has consistently been among the best players in European football over the past few years, but L’Equipe judged that he had an off night when Man City visited Paris in the Champions League group stage back in September 2021.

Raheem Sterling and Jack Grealish received 4/10s but it was De Bruyne who was decreed the worst player on the pitch with a 3/10 as PSG ran out 2-0 winners.

“He was far too discreet for such an event,” read their write-up.

“He does not even save his evening on his attempts, stumbling over Donnarumma in a tight angle and on a free kick. His yellow card for an ugly tackle on Gueye’s shin perhaps deserved a red.”

Arguably the most in-form player in Europe since the World Cup break, it’s undeniable that Rashford is a quality forward on his day.

But he had a 2021-22 season to forget as he struggled to gel with Cristiano Ronaldo, scoring just five goals in all competitions as Manchester United registered their lowest points tally of the Premier League era.

L’Equipe had their knives out when the England international produced a meek performance against Atletico Madrid in the first leg of the Champions League Round of 16 clash last season. United actually came away from the Spanish capital with a creditable 1-1 draw but their display left a lot to be desired.

“Sunken, disoriented, bordering on embarrassment,” was the general overview, with United’s players averaging a score of 3.9/10.

“Sancho and Rashford were two islands and Cristiano was lost in other wars, all far away. With the whistles, with the referee, with the teammate who didn’t pass him a ball.”

Rashford was singled out as the worst of the lot, receiving a 2/10 in the player ratings.

But he was well and truly roasted for his hopelessly ineffective performance against Argentina. He was spared the indignity of receiving a 1/10, with L’Equipe refusing to give him a score after he was subbed off alongside Ousmane Dembele just 41 minutes.

L’Equipe declared the striker “did not see the light of day” while Dembele was deemed “unworthy of a World Cup final”. Ouch.

Griezmann had arguably been Les Bleus’ best and most important player through the tournament, but he struggled to have the same level of influence against Argentina. France only burst into life to mount their late comeback once the Atletico Madrid star was withdrawn on 71 minutes.

At least, unlike Dembele and Giroud, Griezmann didn’t receive the dreaded ‘NON NOTÉ’. He did, however, receive a 3/10.

TRY A QUIZ: Can you name the top 20 French scorers in Premier League history?