Messi next? How Barcelona fared after their last five big-name departures 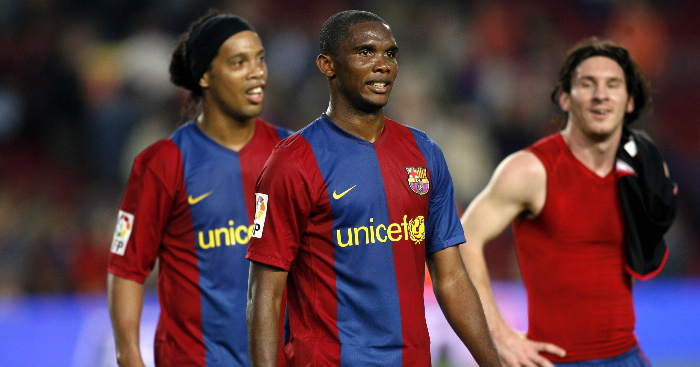 Ronald Koeman has a hell of a rebuilding job on his hands at Barcelona. But it’s not the first time the club have been in a difficult position.

Luis Suarez has been touted to move to Juventus, while Ivan Rakitic has returned to Sevilla. Several more club stalwarts of recent years could be set to follow. But beyond that, all eyes are on Lionel Messi.

Widely considered to be the club’s greatest-ever player, the Argentinian superstar has handed in a transfer request and could be set to leave, more than two decades on from moving to the club as a child. How could Barcelona possibly cope without him?

There are precedents – here’s how they tried to replace their last five most high-profile departures, and how they fared afterwards.

Arguably the catalyst moment for their meltdown in recent years, PSG unthinkably stumped up the €222million release clause to nab the Brazil star in the summer of 2017 – and there was nothing Barcelona could do about it.

Given the entirety of that world-record fee was reinvested in two players that failed to have much of an impact, Ousmane Dembele and Philippe Coutinho, the club did remarkably well on the pitch with new coach Ernesto Valverde able to steady the ship.

Having been beaten to the La Liga title by Real Madrid in 2017, they returned to their perch by winning back-to-back league titles. They were just a couple of games away from achieving a historic invincible season in 2017-18 and might well have gone on to secure a treble in 2018-19 if they’d avoided calamity at Anfield.

But after a trophyless 2019-2020, the long-term ramifications of losing Neymar and failing to reinvest the money wisely are now being felt.

Pep Guardiola was reportedly keen on showing Samuel Eto’o the door after his appointment as Barcelona manager in 2008, having already shipped out Ronaldinho and Deco.

But the Cameroonian forward did enough to convince Guardiola to keep him on for their historic 2008-09 treble-winning season, and he played a key role with 36 goals in all competitions.

Still, that evidently wasn’t enough. Eto’o was sold to Inter Milan in the summer of 2009, with Zlatan Ibrahimovic arriving from the other direction – at a significant €66million cost. The infamously spiky Swede also never saw eye-to-eye with Guardiola and was sold on to AC Milan after just a year.

Meanwhile, Eto’o won a second successive treble, and played his part as Jose Mourinho’s Inter knocked Barcelona out of the Champions League.

It was a bold move for Guardiola to rid Barcelona of Ronaldinho in 2009, but history has since vindicated him. They won the treble that season and the La Liga title three years in a row.

It’s widely suggested that the Brazilian’s party-boy lifestyle was a bad influence behind the scenes, and he never quite managed to recapture the form that saw him awarded the Ballon d’Or in 2005.

Arsenal man Aleksandr Hleb was the only offensively-minded player brought in that summer, but the Belarusian struggled for opportunities – it probably wasn’t a good omen that he cried when he was told Arsenal were going to sell him – as Xavi, Andres Iniesta and Sergio Busquets dominated the midfield.

Further forward, Lionel Messi became the bonafide world-beater he’d threatened to be since his debut, excelling in a front three with Thierry Henry and Eto’o.

One of the most infamous and controversial transfers in history – thanks in no small part to that pig’s head – Luis Figo’s unthinkable €62million switch to bitter rivals Real Madrid began Florentino Perez’s Galactico project in the Spanish capital.

Arsenal’s Marc Overmars was the marquee name to replace him, but the Dutchman was hampered by injuries and could never consistently replicate his scintillating Highbury form.

Valencia and Real Madrid would duke it out at the top of La Liga over the following four years, whilst Barcelona began a long and painful rebuilding process, finishing fourth in 2001 and 2002 and a shocking sixth in 2003.

The Brazilian’s one season at the Camp Nou is the stuff of legend. He scored 47 goals in 49 appearances in all competitions as Barcelona finished second in La Liga but won the Copa del Rey and Cup Winners Cup under Bobby Robson.

A force of nature back then, he was predictably irreplaceable when Inter Milan paid a world-record fee to meet his buy-out clause in 1997.

But the club did well to move on from him and Robson – and his compatriot Rivaldo didn’t do a bad job of filling the void. He scored 57 goals across the following two seasons as Barcelona won back-to-back La Liga titles with Louis Van Gaal in charge – inspiration for Koeman, perhaps. 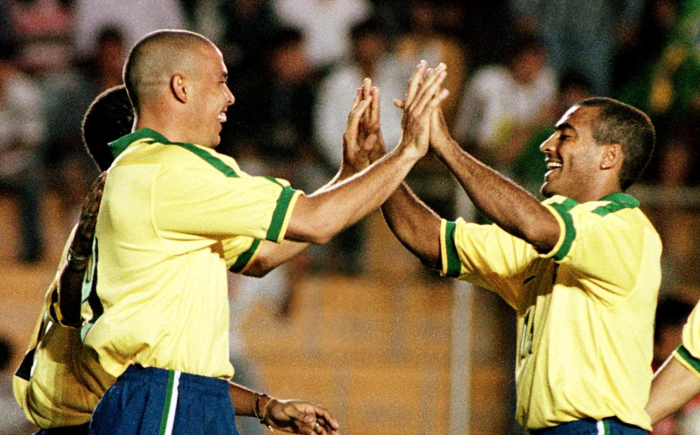