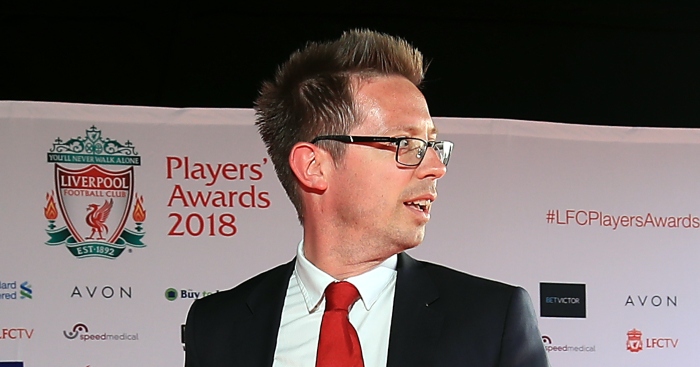 Jurgen Klopp has been singing the praises of sporting director Michael Edwards after Liverpool secured another bargain signing with the £7.25million arrival of Japanese forward Takumi Minamino from Red Bull Salzburg.

“It is fantastic work by our football operations team in how they’ve handled this transfer. Michael Edwards and the team deserve a lot of credit,” Klopp said after the deal was confirmed.

It’s just the latest high point in Edwards’ time at Liverpool since he joined in 2011, but there have also been some low moments across that period.

In successive seasons, Liverpool recruited four players from teams relegated from the Premier League at a combined cost of less than £30million.

Danny Ings has since moved on for more than double what he cost from Burnley. Xherdan Shaqiri, while not an undisputed success, scored a valuable double against Manchester United and played his part in the Champions League semi-final display against Barcelona.

Even Gini Wijnaldum, signed from relegated Newcastle in 2016, wasn’t super-expensive.

The jewel in the crown, though, is Andy Robertson. Signed from Hull City in 2017 for just £8million, the Scot has grown into one of the most important players in the Reds’ squad.

Getting rid of the deadwood

Part of the Moneyball approach so favoured by Liverpool’s owners in US sports relies on getting good sums for the players you sell as well as finding value when bringing players in.

The likes of Mamadou Sakho, Jordon Ibe and Dominic Solanke have all left Anfield since Edwards was promoted to sporting director in 2016, and all brought a tidy profit.

Even Christian Benteke, a man very clearly surplus to requirements, gave Liverpool a break-even £32million when he moved to Crystal Palace.

Praise from the boss

It helps to be on the same page as the manager when you’re in a role like Edwards’, and things certainly seem to be going well in that regard.

“It is a very good relationship, his whole department is doing a sensational job,” Jurgen Klopp recently said of the sporting director.

“It is good. It is all based on a lot of thought, he is a very thoughtful person and we don’t have to always have to have the same opinion from the first second of a conversation but we finish pretty much all the talks with the same opinion. Or similar opinions.”

For every negative, though, there are countless plus points.

To have even a 50% success rate in transfers is impressive, but Edwards has been well north of that mark since becoming sporting director.

Of the 15 senior players signed before Minamino, only Loris Karius and Dominic Solanke can be considered failures, while cut-price arrival Ragnar Klavan did the trick before being moved on and Shaqiri and Adrian have been able backups.

The other 10 – Mane, Matip, Wijnaldum, Salah, Robertson, Oxlade-Chamberlain, Van Dijk, Keita, Fabinho and Alisson – have been varying levels of successes. Try to find that kind of success rate at another elite club.

Blame for misfiring signings under Rodgers

When Brendan Rodgers was dismissed by Liverpool in 2015, Edwards – then the club’s head of performance – took some heat for his role in the club’s transfer woes.

“Divock Origi, billed as ‘a world-class talent’ by Rodgers when he was signed from Lille, could not even come off the bench in the club’s last two league games. There are countless other errors,” Neil Ashton wrote in a Daily Mail piece at the time.

While Origi has since proved his worth, others – notably Lazar Markovic and Iago Aspas – did not have the desired impact.

Still only 25 years old, Markovic most recently signed for Fulham in the January 2019 transfer window but was released in the summer after the club were relegatedpic.twitter.com/jA9xu7J7ER

Missing out on targets

Liverpool haven’t been able to get everything right during Edwards’ tenure, and the failure to sign Dele Alli from MK Dons didn’t go down too well.

The midfielder, a Liverpool fan as a child, seemed destined to join the Reds during the 2015-16 season, only for the move to fall through and for him to join Tottenham.

The rest, as they say, is history. Well, they would if Dele wasn’t on the losing side when Spurs played Liverpool in the 2019 Champions League final.

The aforementioned Dele Alli episode prompted a petition which Edwards will now be able to look back on and laugh.

“Michael Edwards is incompetent as a director in Liverpool. As a representative example, he proved that he was blind by selecting Lazar Markovic instead of Dele Ali in the past,” read the change.org petition, which boasted just 36 signatures at the time of writing.

“I think Jurgen klopp would like to work with an experienced football director with a good career. Not the presentation master or the former video analyst.”