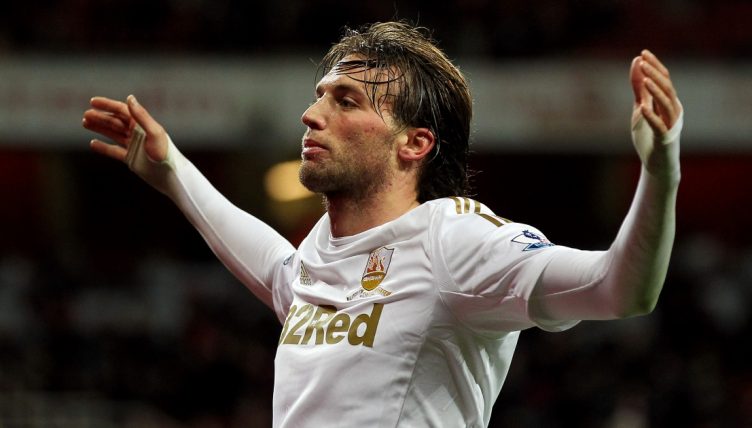 Wigan, Swansea and Sunderland are among the clubs to have benefitted from one-season wonders in the Premier League – and benefitted is exactly the right word.

The term one-season wonder is almost always used in a derogatory way, but players are only given such a label if they have enjoyed a truly exceptional campaign.

There is almost always a sense of regret from supporters that the purple patch could not be maintained, but here are eight that really lit up the Premier League, even if only for a while…

Wigan paid Zamalek £1.5million to borrow Zaki for a season in 2008 and were rewarded with seven goals in his first eight games, including a quite ridiculous volley against Liverpool at Anfield.

Zaki had 10 Premier League goals by the turn of the year, but his attitude failed to match his eye for goal, with the Egypt striker returning late from international duty four times.

“I just feel it’s time that we went public on just what a nightmare he has been to deal with,” said Steve Bruce.

“I can honestly say that in all my time in football I have never worked with someone as unprofessional. 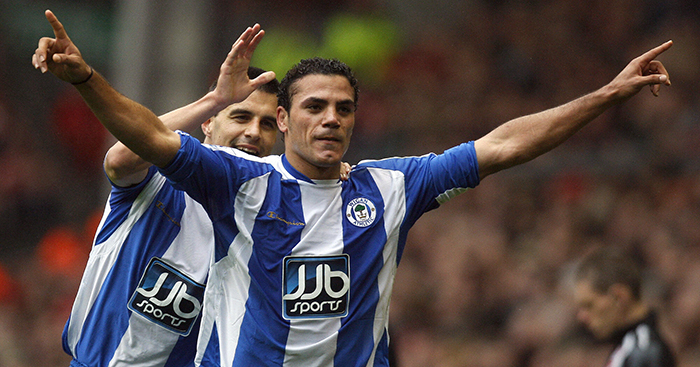 READ: Amr Zaki: From ‘better than Messi’ to worse than Mido and obscurity

Fresh from surviving their first season in the Premier League, Swansea signed Michu for £2million from Rayo Vallecano in the summer of 2012.

The then-26-year-old introduced himself to English football with a brace and an assist on the opening day of the 2012-13 season as Brendan Rodgers’ side battered QPR 5-0 at Loftus Road, and that was just the start.

The striker scored five more goals and three in the League Cup to help Swansea win their first major honour, but he failed to follow up an incredible first year.

Injuries hampered his second season at the Liberty Stadium and his subsequent spell on loan at Napoli. He returned to Spain after reaching a settlement over the final year of his contract at Swansea.

Sunderland forked out a club-record £13million in 2010 to sign Gyan from Rennes, where the Ghanian had scored 13 Ligue 1 goals during the previous season.

He scored after coming off the bench for his Premier League debut at Wigan and went on to notch 11 goals in all competitions, contributing five assists. But his success at Sunderland and the interest in attracted turned Gyan’s head.

During September of his second season, the club announced their record signing was being loaned to Al Ain in UAE for a massive loan fee, with Gyan reportedly earning four times what he raked in on Wearside.

“Anyone who has seen Asamoah play will know that he hasn’t been himself in recent months,” said Bruce.

Gyan’s agent played another blinder four years later when the centre-forward moved to China for a reported £227,000 a week.

He went on to score 19 in his debut campaign in the Premier League, but that proved to be the outlier, the only season in Europe when he broke into double figures.

Still, despite Santa Cruz netting only four times the following season, it wasn’t enough to put Hughes off taking the striker to Manchester City for £17.5million.

For that figure, City received a total of three Premier League goals.

Out of nowhere, Man City announced themselves in the morning as the richest club in the world after being sold to ADUG before smashing their transfer record to pay £32.5million for Robinho.

The Brazil attacker had been set to join Chelsea until Real Madrid got wind of the fact the Blues had been selling shirts with his name on before any deal had been agreed.

Robinho lived up to the hype during his first season, scoring 14 goals and taking the captain’s armband in Richard Dunne’s absence.

But his status fell the following season while City’s rose, with Robinho failing to score in 10 Premier League appearances before Christmas.

He was loaned to Santos before being sold to AC Milan for less than half the fee City had paid two years previously.

Stewart’s goals after joining Ipswich late in the 1999-2000 season helped the Tractor Boys achieve promotion to the Premier League, but both Stewart and Town scaled new heights the following season.

The striker netted 19 times to finish as the top flight’s highest English goalscorer, helping Ipswich to earn a fifth-place finish and a UEFA Cup berth.

Neither Town nor Stewart could sustain such form, with the club being relegated the following season and Stewart managing just six goals.

The striker failed to score in his first 14 games for Portsmouth after joining from Auxerre in 2006.

Just six goals in his first full season then prepared no one for the purple patch he enjoyed at the start of the 2007-08 season.

Benjani didn’t really fancy the move, with the Zimbabwe forward missing two flights up to Manchester on deadline day before the move was finally ratified a few days later.

City, again, got the raw end of the deal, with their patience rewarded with only four Premier League strikes. 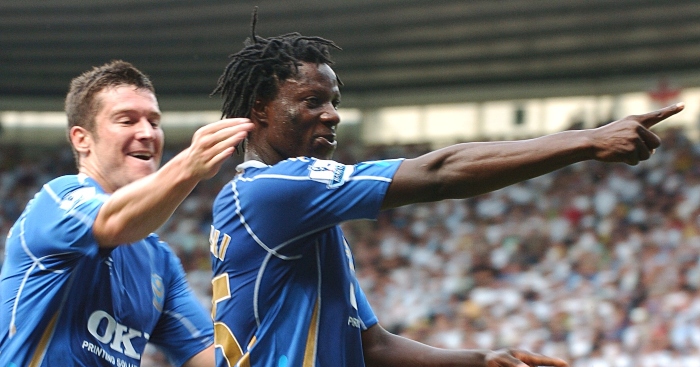 Like Stewart, Ricketts’ goals fired his club to the Premier League, and once Bolton got there, he continued his goalscoring form, much to the surprise of everyone.

By February, the centre-forward had 15 goals to his name, but unlike Stewart, Ricketts received the England call-up many felt his form deserved.

He played 45 minutes during a friendly against Holland, but it was in Amsterdam that his fall from grace began. He failed to score again for Bolton that season, and notched only six in the Premier League the following year.