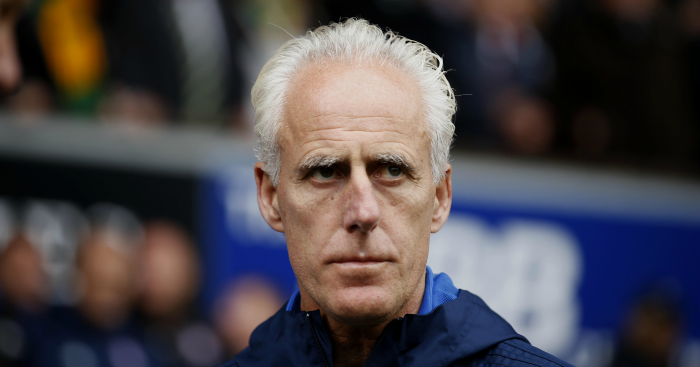 Mick McCarthy is one of football’s favourite mavericks. With his entertainingly dry interviews and sultry-eyed camera seduction, you could easily forget he is a serious football manager.

He now finds himself jobless – along with his trusty sidekick Terry Connor – but his five-and-a-half years with Ipswich Town have provided neutrals and the media with plenty of memorable moments.

His relationship with Ipswich fans, however, due to his style of football and confrontational attitude, has been left in tatters.

Things could have been oh-so different for McCarthy and Ipswich. In the 2014-15 season, a 27-goal Daryl Murphy-inspired season fired Town into sixth place, booking them a place in the Championship play-offs against Norwich City in an Old Farm showdown.

McCarthy was predictably fired up, and his volley of abuse towards Norwich midfielder Bradley Johnson did his reputation amongst Ipswich fans no harm at all. Who doesn’t love their manager having a go at one of your biggest rivals’ players?

Unfortunately Town went on to lose to the Canaries – who went on to be promoted – and then just missed out on another shot at the play-offs in 2015-16.

They finished 16th the following season, and though it’s generally accepted McCarthy has done a decent job under difficult circumstances, that Norwich game was effectively the beginning of the end for McCarthy’s relationship with the supporters.

When his style of football gets results, fans have little reason to complain, but when it doesn’t…

“Mick McCarthy, you football is sh*t”

As more time goes by without any tangible success to show, the more perilous one’s position may become.

When your own home ‘faithful’ are chanting in unison against you, it’s a pretty clear sign that things probably won’t end well.

McCarthy’s FA Cup record at Ipswich is not the best to say the least: six years, six third-round exits.

In the 2016-17 season, Ipswich drew non-league Lincoln City in the third round. Even McCarthy’s biggest critics must have been licking their lips – finally a chance for them to break the FA Cup hoodoo.

They drew 2-2 at Portman Road and were taken to a replay, it didn’t go down well…

They lost the replay 1-0 in the last minute – that went down considerably worse:

The already unpopular McCarthy’s stock was falling rapidly. Fan discontent was on the rise. A big derby win was needed to reconcile with the fans and restore their bond…

Just like magic, we fast-forward to another Old Farm derby, this time in the 2017-18 season.

Ipswich took the lead in the 89th minute. They looked set to end a nine-year wait to finally get the better of their fierce rivals.

With tensions between McCarthy and the Town fans at an all-time high, passion got the better of the big man, who hurled abuse towards the away contingent at Carrow Road after Luke Chambers’ opening goal.

We are with you on this one Mick: if the fans give it, they have to take it:

Big fan of Mick McCarthy telling the Ipswich fans to fuck off pic.twitter.com/rGufTLl1oB

Following a 1-0 win against Barnsley – in what was to be McCarthy’s last game in charge – he could not resist having one last stab at his detractors.

“You can probably see why I’m going, after the reaction when I took Barry Cotter off. That’s just pathetic.”

You have to hand it to him, he was always going to go out with a bang.

🎥 | Mick McCarthy spoke with iFollow Ipswich shortly after the full-time whistle at Portman Road this evening as he confirmed his departure from the Club. pic.twitter.com/TEFfbLGOkA

Matt Holland: There was a bit of resentment in the Ipswich dressing room