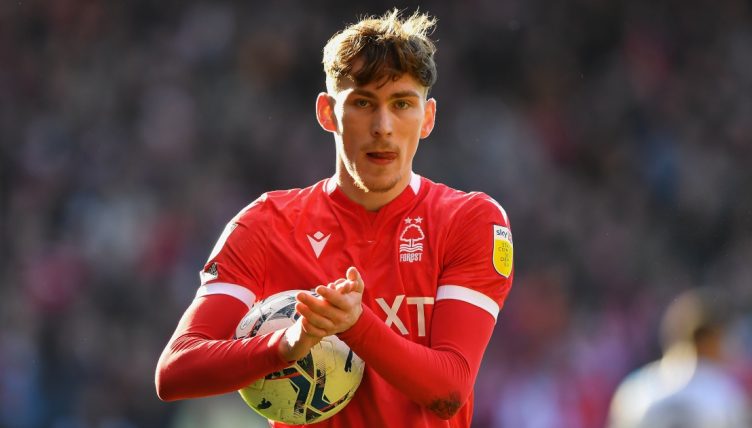 Garner, who came through United’s academy, made his senior debut at the age of 17 in February 2019 and is highly regarded at Old Trafford.

After a difficult loan spell at Watford, the midfielder joined Forest in January 2021 and helped the Championship side avoid relegation.

He returned to the club on a season-long loan deal and is now playing under Steve Cooper, who previously managed Garner with England at Under-17 level.

The 20-year-old recently impressed in the FA Cup win over Arsenal and produced another great display in the 2-1 win over Derby, who are managed by United legend Wayne Rooney.

He showcased his impressive ability on the ball, taking 49 touches and registering two key passes during his 90 minutes on the pitch.

What’s genuinely amazing about this #nffc team is that we are finishing games with five or six candidates for Man Of The Match. Brennan, McKenna, Grabban all wonderful!

But I can’t look past James Garner. He was box-to-box all game and ran Derby ragged. Love you, my son…

James Garner is an absolute player, by the way.

Got a huge future in the game. United have a superstar on their hands! #NFFC #mufc

Every #nffc player was exceptional in that 2nd half but James Garner was different gravy.

James Garner was a different level today. His best game by an absolute mile in either of his stints here. Superb.

@tomandrewstew mate you’re United aren’t you, if James Garner isn’t starting for you next season either you’re manager is clueless or you’ve signed some beasts, he is absolutely sensational

United have something special on there hand. Garner is fucking superb, didn’t put a foot wrong today. #nffc #mufc

James Garner, this is a midfield master class!!!! #nffc

Poor first half again but terrific second, only one side in it. Garner absolutely superb. Get in!!! #nffc 🔴⚪️👊

Slept on it #NFFC thoughts…This group is special and Steve Cooper is the man. James Garner is a baller and Scott McKenna once again outstanding. Cook quality and imagine my shock they kicked off after another defeat.

James Garner was unbelievable today, what a player. He’ll do a job for #MUFC next season if given a chance #nffc