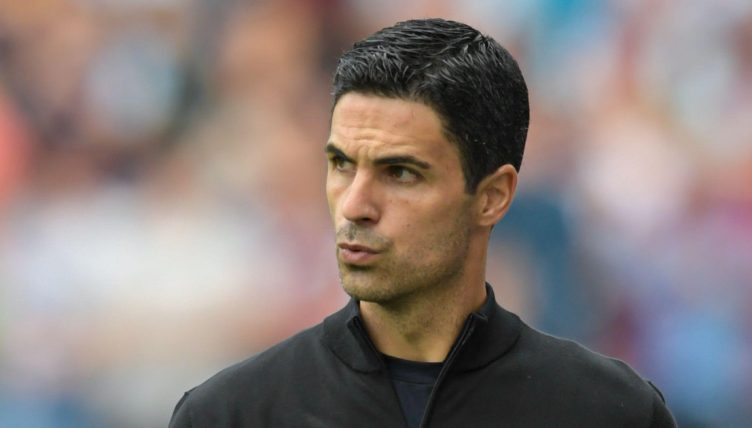 Mikel Arteta has just finished his second full season in charge as Arsenal boss with the Gunners missing out on a Champions League spot again, but have shown clear signs of progression as they ended in fifth place with the youngest squad in the league. Additions to the squad are necessary for the next step.

After a disastrous start to the season which saw Arsenal bottom of the table and winless after three games, Arteta’s side turned it around to push hard for a top-four position but were beaten to the spot at the very end by rivals Tottenham Hotspur.

Nevertheless, fifth spot is an improvement on last season’s eighth-place finish, which saw them fail to qualify for European competition for the first time in over 20 years. Since then, an extensive rebuild has seen a lot of players leave, who were replaced by younger, hungrier stars from the academy and elsewhere.

The future does look bright for Arsenal’s current crop of elite young talent, but they need to elevate their level to take the next step forward. Here’s what Arteta has done so far in the transfer market since his arrival in December 2019, and what he can do next.

An uneventful first window of Arteta’s managerial career, but an unsuccessful one, as Cedric arrived injured and Pablo Mari played just two games before the Premier League was suspended as a result of the coronavirus outbreak in March 2020.

A mixed first summer transfer window for Arteta, as Thomas Partey and Gabriel have proven themselves to be top players on their day, but the rest, Willian in particular, failed to impress at all.

Martinez departed after helping Arsenal win the FA cup while Bernd Leno was injured, earning a larger fee for a player who was otherwise set to depart for much less than the £20million they received from Aston Villa.

Arsenal were in full crisis mode by the time they reached January. Runarsson had shown that he was far from adequate backup to Leno, and Willian had contributed next to nothing as Arsenal struggled for goals.

January additions Martin Odegaard and Mat Ryan helped plug these gaps, but could not prevent Arsenal from crashing out of the Europa League semi-finals and finishing a lowly eighth place.

Arsenal’s biggest window yet under Arteta was clearly strategised, signing six players all aged 23 or under, rebuilding the defence and securing Odegaard on a permanent deal.

Ramsdale, White and Odegaard have been three of Arsenal’s top performers, and Tomiyasu performed superbly when fit.

None of the loanees were missed too much, and Joe Willock failed to replicate the goalscoring form which convinced Newcastle United to pay £23million for him.

The winter window came at a time where Arsenal’s already thin squad was down to its bare bones, and made the surprising decision to trim the squad even further with no additions.

They moved for Dusan Vlahovic who ultimately joined Juventus, while making the controversial choice to let striker Pierre-Emerick Aubameyang join Barcelona for free.

This window ultimately cost Arsenal dearly, as their lack of depth meant they ran out of steam in the top four race, and Arteta may look back at the decisions regarding Maitland-Niles, Aubameyang or Chambers with a tinge of regret.

Arsenal finished fifth, taking them back to the Europa League, but the quality and strength of the squad needs to be dramatically increased if they are to compete on two fronts next season.

Striker Alexandre Lacazette is set to leave on a free transfer, and the futures of Nicolas Pepe, Torreira, Leno, Maitland-Niles and Nelson all look uncertain.

Eddie Nketiah and Mohamed Elneny are signing new deals to give Arsenal a boost with the increased European fixtures, and William Saliba looks set to make his highly anticipated return to the club.

Signing attackers is the clear priority for Arsenal in this summer window, and they have been linked with moves for Gabriel Jesus, Serge Gnabry and Youri Tielemans as they look to push for a top-four finish and Europa League glory next season.

Ranking every player to wear No.11 for Arsenal in the Premier League