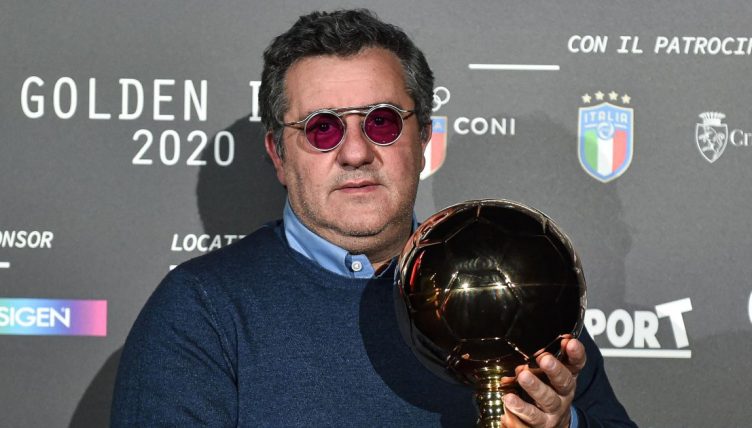 Mino Raiola, one of the most influential football agents of the modern era, died aged 54 on Saturday. Raiola was agent to some of the top stars in the game – the likes of Paul Pogba, Erling Haaland and Mattijs De Ligt included – and many of them have paid tribute to him on social media.

A deeply controversial figure seen by some as the larger-than-life embodiment of football’s hyper-capitalist modern era, Raiola was a fierce defender of his clients’ and his own interests, negotiating deals that were hugely financially advantageous to himself and many of his players.

He said that, as the stars of the show, players should be the main beneficiaries of the money flowing into football. As such, and as a result of his loyalty to those players, he was held in extremely high regard by them.

His death from lung disease was initially reported by dozens of media outlets on Thursday, but the stories were quashed by him and his family.

On Saturday, however, a statement from his family read: “In infinite sorrow, we share the passing of the most caring and amazing football agent that ever was.

“Mino fought until the end with the same strength he put on negotiation tables to defend our players. As usual, Mino made us proud and never realised it.”

Here, we’ve taken a look at what 14 star players past and present have said about Raiola since his premature passing.

The Dutch defender’s 2019 move from Ajax to Juventus was mediated by Raiola, who was born in Italy and raised in the Netherlands.

On Instagram, De Ligt wrote: “Dear Mino, I honestly am not ready to write this message and I think I never will be.

“It’s too early for us players, for your family but especially for you. You had so many dreams to fulfill, so many things left to do.”

Manchester United star Pogba, one of Raiola’s most significant clients, wrote: “Always in my heart, thank you Mimi” above a series of photos of the pair enjoying each other’s company.

Pogba also changed his Instagram profile picture to one of the two men smiling together.

The coming superstar of world football, Haaland joined forces with Raiola when he was playing for RB Salzburg. On Twitter, alongside a photo of them together and a heart emoji, Haaland simply wrote: “The best”.

The former Manchester City and Leeds man struck a similar chord to his son Erling, retweeting the Raiola family’s statement with the words: “R.I.P. The best.”

The former Italy international and Manchester City player was another high-profile Raiola client and paid a heartfelt tribute on Instagram.

“I LOVE YOU AND I WILL ALWAYS LOVE YOU as a second father and I know that from up there you will always be present in our lives! Have a good trip Mino.”

The former Tottenham and Egypt striker took to Twitter, saying that the agent always “fought for his players no matter who was sitting on the other side of the table!!”

Very sad to hear the news of the passing of @MinoRaiola I learned so much from you and I wish I listened to you a bit more!! Always fought for his players no matter who was sitting on the other side of the table!! #rip_mino 🙏🏽 pic.twitter.com/P4NoQK4mCk

Juventus striker Moise Kean, who is on loan from Everton, posted a video of Raiola giving him an animated pep talk on Instagram.

He then wrote: “I still can’t believe, you took me out from the streets and you made me learn so many principles in life… to be honest it’s not a not goodbye for us wherever you are you will always be in my heart. R.I.P BIG Boss.”

Moise Kean's post about Mino Raiola on Instagram: "I still can’t believe it, you took me out from the streets and you made me learn so many principles in life. To be honest, it’s not a goodbye for us. Wherever you are, you will always be in my heart." pic.twitter.com/WmCPmHMg5K

Paris Saint-Germain’s Italian midfielder Verratti posted a story on Instagram with a picture of Raiola holding the Ballon d’Or and the words “Grande Mino.” 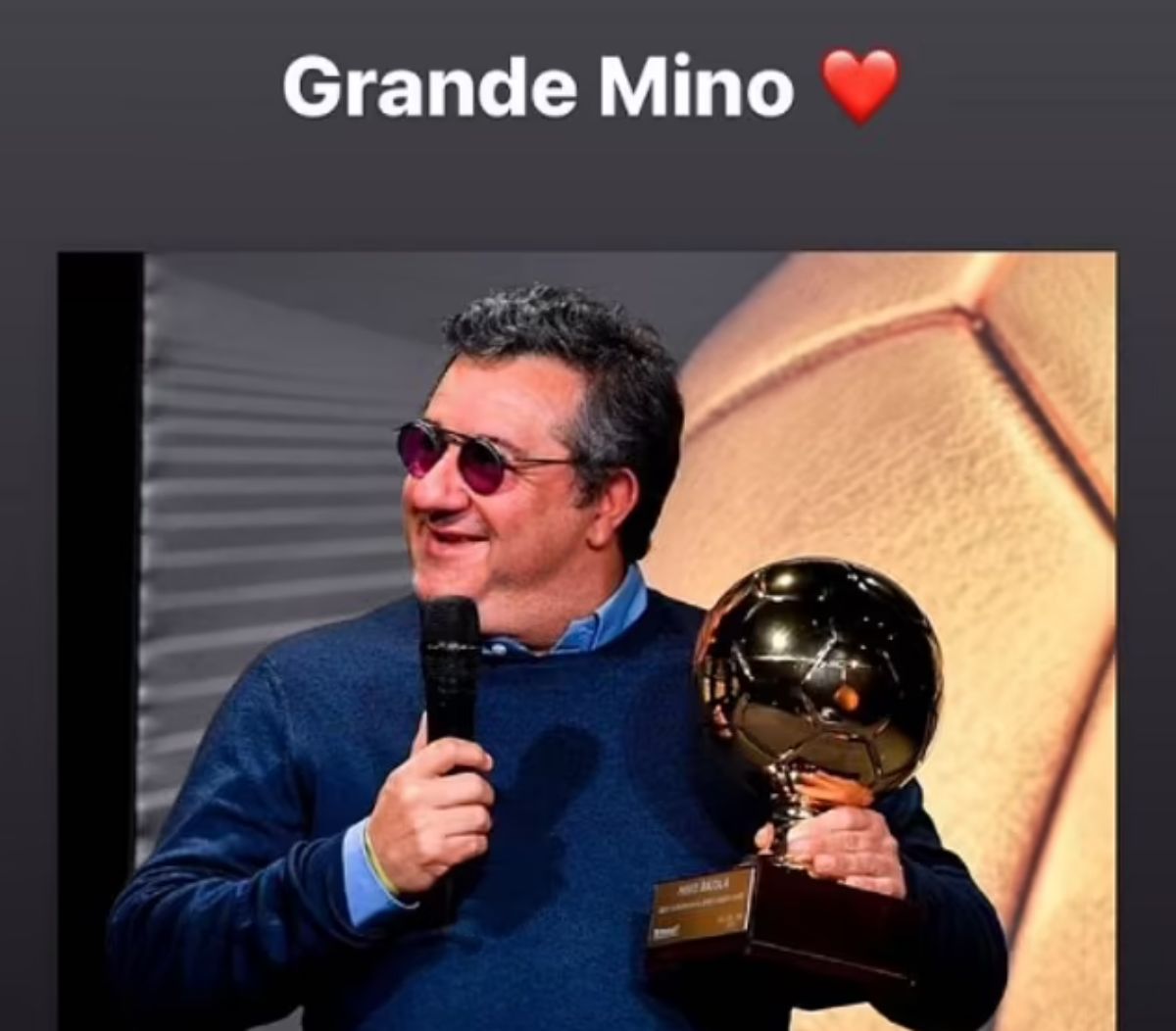 The Juventus president, who did a lot of business with Raiola clients like Pogba, De Ligt and Kean, tweeted: “don’t take the piss in paradise, they know the truth… tvb [te voglio bene] Mino”.

don’t take the piss in paradise, they know the truth… tvb Mino

Verratti’s fellow PSG star and Italy No.1 Donnarumma posted a moving tribute on Twitter, writing: “I’m so sad that I don’t even know if I’ll be able to say everything I want.

“Mino, you have been unique to me. I thank you for being by my side since I was a kid until today, and I know that even from up there, you will always be watching me and cheering for me on as you always have.

“I made you a promise long ago, know that I will keep it. I love you, I miss you already.”

Another prominent Raiola client, Napoli wide man Chucky Lozano was just as effusive as Donnarumma on his Twitter account.

“I was blessed to know you and learn from you,” the Mexican wrote. “One of my great teachers in the leagues of soccer. You are in a better place today because I am convinced that your legacy transcends life, no doubt.

“Living with you was one of the best things that ever happened to me. I will never be able to forget our talks and all the moments together.”

The Ajax midfielder simply posted a photo that featured himself, Raiola and Pogba with three emojis above it: a dove, a heart and a wilting rose.

The former Roma and Napoli defender, who now plays for Olympiacos in his native Greece, paid his respects on Instagram.

He wrote: “Great Mino, you went like this. Soon away, even if we have been so little time together. But in this short time, I understand your greatness.

“Rest in Great Peace!! Have a nice trip I will miss you so much!”

“I will miss you My Agent, My Best Friend, My Family. You will be with us forever,” the Armenian midfielder wrote above a photo of the pair that he posted on Twitter.

I will miss you My Agent, My Best Friend, My Family. You will be with us forever❤️ pic.twitter.com/VsdqAH2DxM