The 10 most expensive signings in MLS history – & how they fared 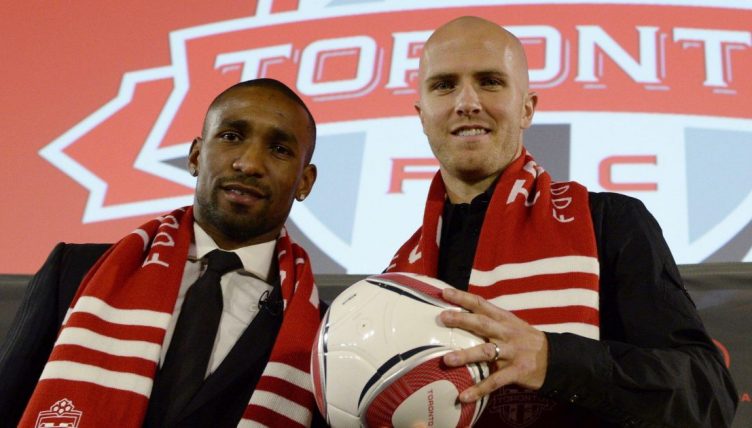 Some huge names have graced Major League Soccer since it was founded in 1995 including David Beckham, Zlatan Ibrahimovic, Thierry Henry and Andrea Pirlo. But who are the most expensive signings in MLS history and how have they performed?

Star names have gone to North America’s premier soccer league for years, often to see out the end of their careers. But many have moved on a free at the end of their contracts with European clubs, so few of the biggest stars actually feature in the top 10 most expensive acquisitions in the league’s history.

Instead, the list of big-money MLS signings is in large part a testament to clubs’ more recent ploy of snapping up hot young prospects and slightly older classy operators from South America.

But who are Major League Soccer’s most expensive arrivals (according to Transfermarkt) and how did they get on? We’ve taken a look.

The all-action crown prince of US soccer and a 151-cap veteran of the USMNT, Bradley moved back to MLS in 2014 after eight years on European shores – including a thoroughly forgettable loan in the Premier League with Aston Villa.

He signed for Toronto FC for £8.18million after leaving Roma, for whom he had scored two goals in 46 appearances.

At Toronto, he has become a bona fide club legend, playing over 250 times and winning both the Supporters’ Shield and MLS Cup in 2017.

One of two Europeans on this list, Defoe moved to the same club in the same year as Bradley for exactly the same fee. But he enjoyed nowhere near the same level of success or longevity in Toronto, leaving after a single campaign.

Best known for his goalscoring exploits with Tottenham and West Ham, the east Londoner did manage 12 goals in 21 games for the Canadian side, but was troubled by injuries and was heavily criticised.

Unsurprisingly, that’s exactly what he did, moving to Sunderland in January 2015. 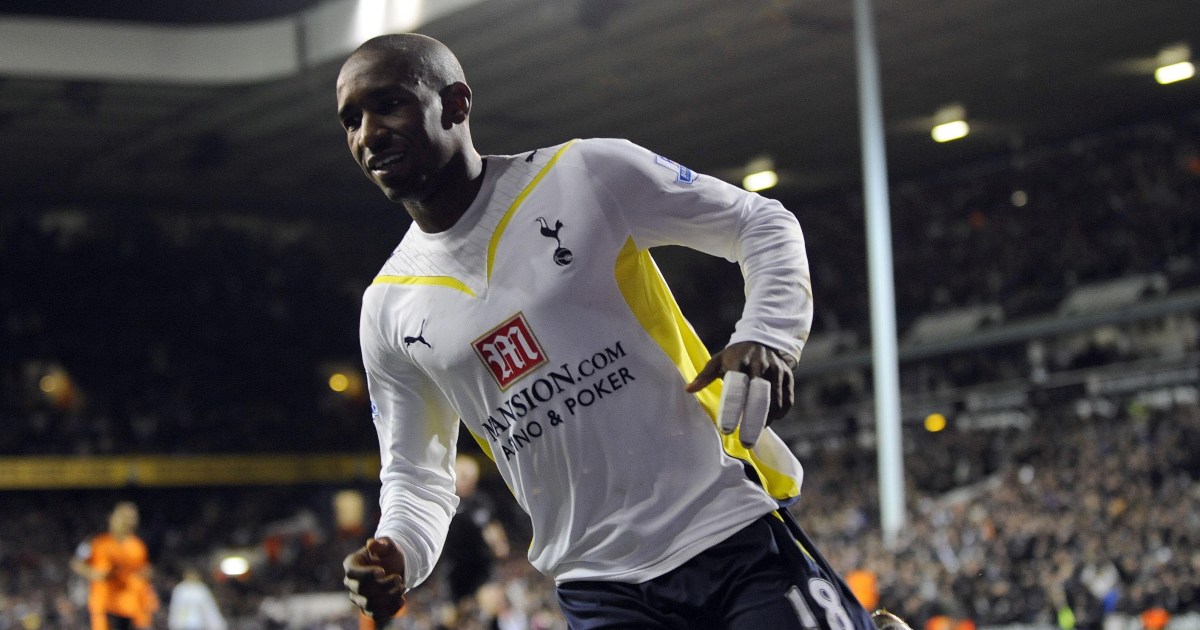 READ: When Jermain Defoe scored five goals that cost him a grand apiece

A sad one, this. Argentine forward Fernandez was signed by Portland Timbers in May 2019 for the same fee as Bradley and Defoe after a cracking Liga MX season with Necaxa.

He then hit eight goals in his first nine MLS games, but by October had voluntarily checked into the league’s Substance Abuse and Behavioral Health Program and had his contract cancelled.

He had previously struggled with drug issues, being banned from Argentinian football by the AFA after testing positive for cocaine in 2015. Just before moving to MLS, he had told the radio station Primer Tiempo: “Drugs ruin you, they leave you without a life.”

According to the Argentinian outlet Perfil, he completed his treatment in the US but relapsed twice in 2020 back in his homeland. Now aged 27, he plays for Deprtivo Madryn in the Argentinian second division.

Hernandez joined Columbus Crew this summer for a club record fee of of £8.18million and scored the winning goal on his debut after rising from the bench.

In fact, the former Colombia international added three more goals from his next two appearances, becoming the first player in MLS history to score four goals in under 90 minutes.

He’s also been sent off for foul & abusive language, so it’s safe to say he’s enjoyed an eventful start to MLS life.

The other European player to make the top 10, Spaniard Pozuelo played for Real Betis, Swansea, Rayo Vallecano and Genk before shifting Stateside for that same fee of £8.18million – or $10million, for our US readers – in 2019.

The creative, scheming midfielder joined Bradley in Toronto to replace the outgoing MLS legend Sebastian Giovinco. Pozuelo was up to the task, bagging 12 goals and 12 assists in 2019 and getting in the team of the season.

In 2020, he followed that up with nine goals and 10 assists and was named the league MVP.

He didn’t have quite the same impact in 2021, but this can go down as a successful bit of business.

One of the new breed of talented young South American attackers joining MLS clubs, 21-year-old Rodriguez moved from Uruguayan giants Penarol to LAFC in 2019 for £9.41million.

He’s tricky, he’s technical and, after returning from a loan spell at Spanish side Almeria in 2021, he scored an absolutely cracking goal in El Trafico (the derby between LAFC and LA Galaxy, for those not in the know).

When you see him doing this, it’s easy to understand why he’s already got 17 Uruguay caps to his name…

Pizarro joined MLS expansion side Inter Miami from Monterry in 2020 after they activated his £9.82million release clause. He joined up with former Monterrey boss Diego Alonso, but things did not go to plan.

First, Inter owner David Beckham was investigated for illicitly tapping up Pizarro while still a Monterrey player. Then Pizarro’s performances left rather a lot to be desired. At the start of 2022, Pizarro left Miami and returned to Monterrey on loan.

A graduate of the ridiculously productive Sao Paulo FC academy in Brazil, Araujo moved to Lille in 2017. He played 28 times for Les Dogues as they won the French title in 2021.

A couple of months after that Ligue 1 crown had been secured, he moved in search of more regular game time, with Atlanta United stumping up £9.82million for his services.

It’s gone pretty well so far, with Araujo contributing four goals in 16 games last term and starting the 2022 campaign in fine style. Feast your mince pies on this…

What a way to welcome yourself back on the scoresheet, Luiz Araújo 🇧🇷 pic.twitter.com/Llh5nSaHko

Another Brazilian attacker, another graduate of the Sao Paulo academy. Brenner was on fire for Sao Paulo at the back end of the 2020 season in Brazil and was drawing the interest of several European clubs. But he was snapped up by expansion side FC Cincinnati for £10.64million (or $13million).

“I didn’t want to leave Sao Paulo,” he said shortly after leaving Sao Paulo. And it’s shown if we’re honest. Cincy boss Jaap Stam could only coax eight goals from him in 2800 minutes of football in 2021, not really the return Cincinnati were expecting on their investment.

Esequiel Barco stood out for Argentinian big boys Independiente in 2016 and 2017, tearing up the right flank with the reckless abandon of a whippet that’s managed to drink someone’s flat white.

After helping Independiente to the Copa Sudamericana crown at the end of 2017, he moved to MLS for a then-record $15million (£11.05million) – and it went just as well there at first.

In his debut season – and Atlanta’s second in MLS – he helped his new side to the MLS Cup, which he and his team-mates followed up with a US Open Cup win in 2019.

His form fluctuated a little, however, and in 2022 he agreed a return to Argentina, signing for River Plate on loan.

Gonzalo ‘Pity’ Martinez joined up with his countryman Barco at Atlanta United in 2019 and, having been crowned the best player in South America after winning the Copa Libertadores with River, hopes were high.

Martinez scored the winner in that US Open Cup final late in his first season, but his performances were mixed. In 54 games, he managed 11 goals and 14 assists and he got a bit of a reputation for throwing hissy fits when annoyed at his manager Frank de Boer. To be fair, we’d probably not want to work under De Boer either.

Anyway, Martinez eventually left for Saudi side Al-Nassr in 2020. Atlanta got an improved £14.4million for him, mind you. Wasn’t all bad, was it?

Making it an all-Argentine, all-Atlanta top three is Almada, one of the most highly-rated prospects to emerge from the Primera Division in recent years.

He signed from Velez Sarsfield for a record £13.09million ($16million) at the start of 2022, so we’ll have to wait to pass judgement. But the early signs are pretty promising…

Extracts the souls of two defenders then curls it in off the post. $16m, Designated Player quality. What an introduction 🇦🇷💥pic.twitter.com/caEzGP3ewX