Mo Elneny almost got catfished on Insta, only to become a Besiktas hero 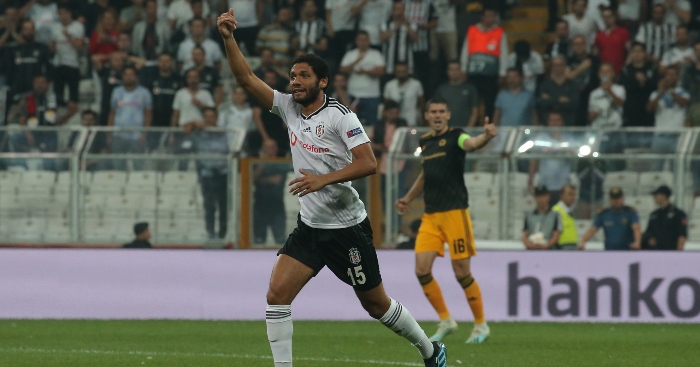 Social media is a weird and wild place, as Arsenal midfielder Mo Elneny is discovering while on loan at Besiktas.

Elneny is spending the season on loan at Besiktas, who have an option to make the move permanent in the summer.

The midfielder has made 19 appearances in all competitions as Besiktas sit fifth in the league, seven points off the top, but it was his actions off the field that caught our eye this week.

After searching his name on Twitter while writing a post on Arsenal’s last 20 January signings, it became Elneny has made the news in Turkey after becoming caught up in a rather bizarre story.

Elneny is one of a number of footballers currently plying their trade in Turkey to receive Instagram DMs from an account under the name Rinda Jemines.

Tolgay Arslan, Abdulkadir Parmak, Jose Sosa and Christian Luyindama were among the other players to receive such messages, with Arslan and Parmak asking to see photos from the private account.

To his credit, Elneny kept his powder dry, asking the user ‘what do you want?’ after being asked ‘do you have a girlfriend?’.

And the Egypt international is clearly a loyal man, giving short shrift to the pleas to ‘come to Galatasaray’ with a response that that has gone down well with Besiktas supporters.