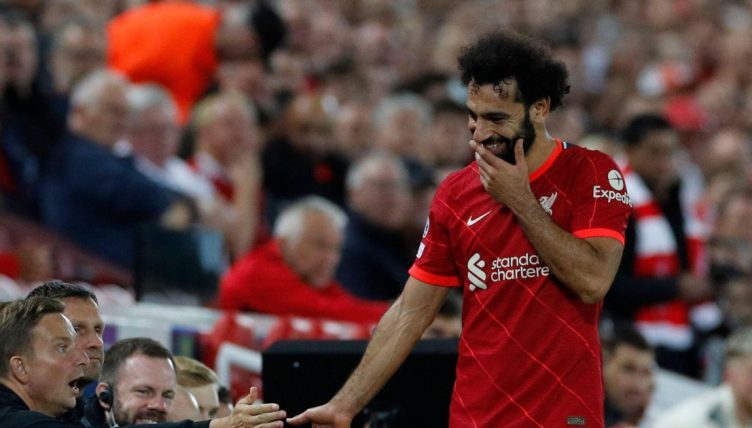 Mohamed Salah and Liverpool are a match made in heaven, and this season has seen him set the Premier League alight whilst breaking multiple records.

He has led Liverpool’s title challenge this campaign and helped them chase down Pep Guardiola’s Manchester City to within catching distance. Yet there is a long way to go to see if the job can be finished and whether Salah, Jurgen Klopp, and co can claim a second Premier League title in three years.

If they manage it, Salah will be one of the reasons why. He’s been consistently one of the best players in the world since he arrived at Liverpool and he has broken more personal records than most players can even dream of.

Yet such is his ability that more could be on the way. He is still just 29-years-old, and thanks to modern sports science extending the careers of players at the top, that means even the loftiest of records could be on his radar.

He could climb considerably further up the Liverpool all-time record goalscorers list, potentially taking over some of the all-time greats from Robbie Fowler to Steven Gerrard to even the leading all-time goalscorer Ian Rush.

So with that in mind, we’ve taken out our calculators, tried to remember what our teachers taught us, and crunched the numbers to bring you the facts on what it would take Salah to break a variety of records. Enjoy.

– Wayne Rooney is currently the second-highest goalscorer in PL history with 208. To break that record Salah needs 91 goals, which at his current goalscoring rate (again, excluding his record this campaign) would take another four seasons.

– To break all those records he would need to stay at Liverpool for a number of seasons, meaning current contract negotiations would have to go well. However, even within the next couple of seasons, he could rapidly climb up the list of goalscorers. Frank Lampard (6th in the list with 177), Thierry Henry (5th with 175), and Robin Van Persie (13th with 144) all could be overtaken in the next few campaigns.

– In terms of Liverpool’s goalscoring record, Salah currently sits ninth with 153 goals for the club at a rate of 0.63 a game. Ian Rush is the current all-time record holder, with a huge 346 goals.

– Rush’s record would take Salah a further 193 to match, or 194 to beat. At his current rate that means he would need 306.35 more games to match the legendary Welshman, so just a small task.

– However, the next player to fall on Salah’s rise up Liverpool’s record list will be Michael Owen. He sits eighth with 158; Salah only needs six more goals to surpass him. You imagine that could happen before the end of the 2021-22 campaign.

– Owen will be the first of many notable names Salah could take over in the next couple of seasons. Kenny Dalglish has 172 for the club, Robbie Fowler 183, and Gerrard sits fifth in the all-time list with 186. Salah could take the now-Villa manager’s place in just 44.44 games. One more season at Anfield should see him break into the top five.

– In the Premier League he is the fourth-highest goalscorer in Liverpool’s history. The leader is Robbie Fowler with 128, a record Salah only needs 14 to overtake. In doing so, he will also surpass Gerrard and Owen who currently make up the second and third spots respectively.

– In the Champions League, Salah is already number one for Liverpool. His 34 goals are four more than Gerrard’s 30, although the former Liverpool captain is the only player with more overall European goals for Liverpool than Salah. He has 41, and Salah will need eight more goals to break that record.

– In terms of Liverpool’s FA Cup goalscorers, Salah is way off the pace. He is joint with players like Andy Carroll with four, some way off Ian Rush’s record of 39. That’s testament to where Klopp’s priorities have lay in recent years – although Salah will hope to notch against Man City to come in the upcoming semi at Wembley.