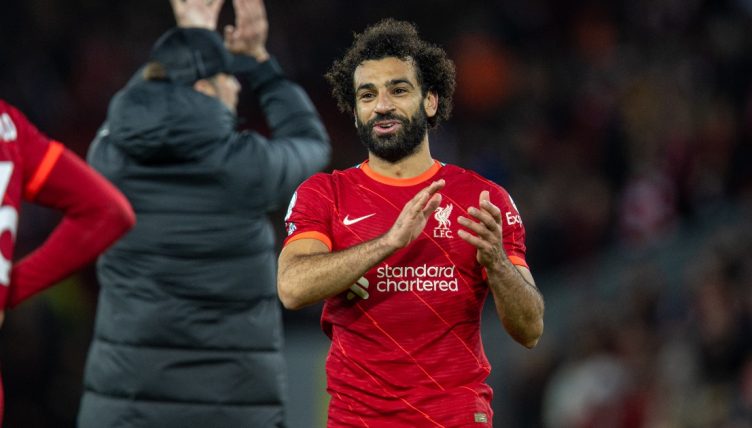 Liverpool’s Mohamed Salah is securing his status as a Premier League legend – but how does his record compare to one of the competition’s greatest-ever goalscorers, Ruud Van Nistelrooy?

Van Nistelrooy remains one of Manchester United’s most prolific strikers, having averaged 30 goals a season across the five years he spent at Old Trafford.

Salah is now into his fifth season on Merseyside and has stayed largely injury-free during that time, and he’s now made more appearances for Jurgen Klopp’s Reds than Van Nistelrooy ever did for United.

The Liverpool star is a different kind of attacker to penalty area specialist Van Nistelrooy. Absolutely deadly from anywhere within the 18-yard box, the Dutchman was a pure No.9, whereas Salah is nominally a wide forward, causing havoc by cutting inside.

But their goalscoring records are remarkably similar, and absolutely mindblowing. Van Nistelrooy still boasts the best goals-per-game record of any Manchester United player in the Premier League era, and the same is true of Salah at Liverpool.